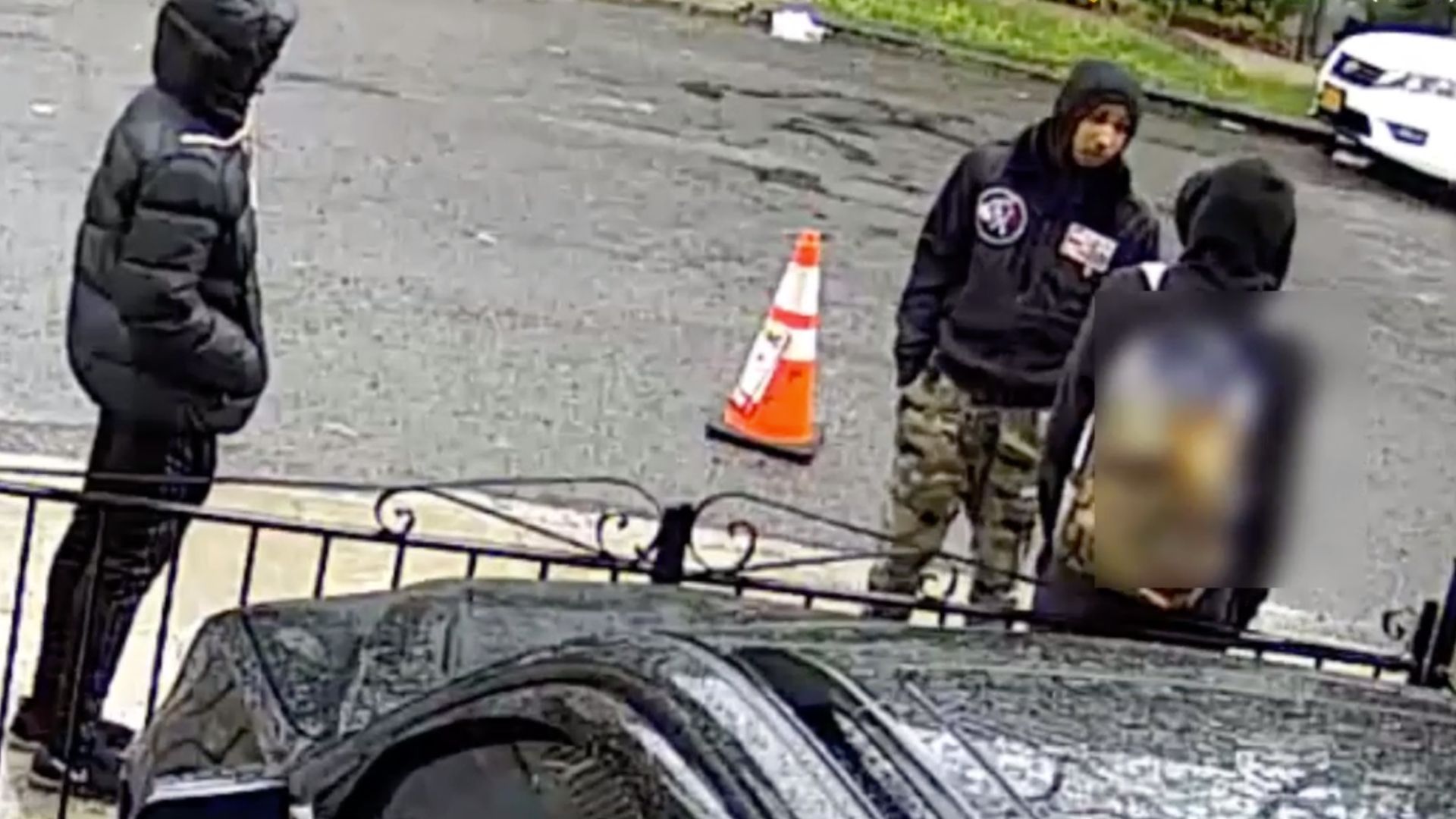 Raw surveillance footage of two men police say robbed a 13-year-old in the Bronx by pretending to have a gun.

WAKEFIELD, the Bronx — Police are looking for two men they say robbed a teenager of his smart phone in the Bronx by pretending to have a gun.

A 13-year-old boy was walking near Nereid Avenue and Wilder Avenue in the Wakefield section of the Bronx around 5 p.m. on Monday, May 13, when two unidentified men approached him, police said.

Authorities said the men simulated having a firearm and demanded the teen hand over his iPhone and then fled on foot towards Baychester Avenue with the phone in their possession.

The teen was not hurt during the incident, police said.

Police described the two men as in their late teens or early 20s, last seen wearing all dark clothing. Authorities have released the above surveillance footage of the robbery.