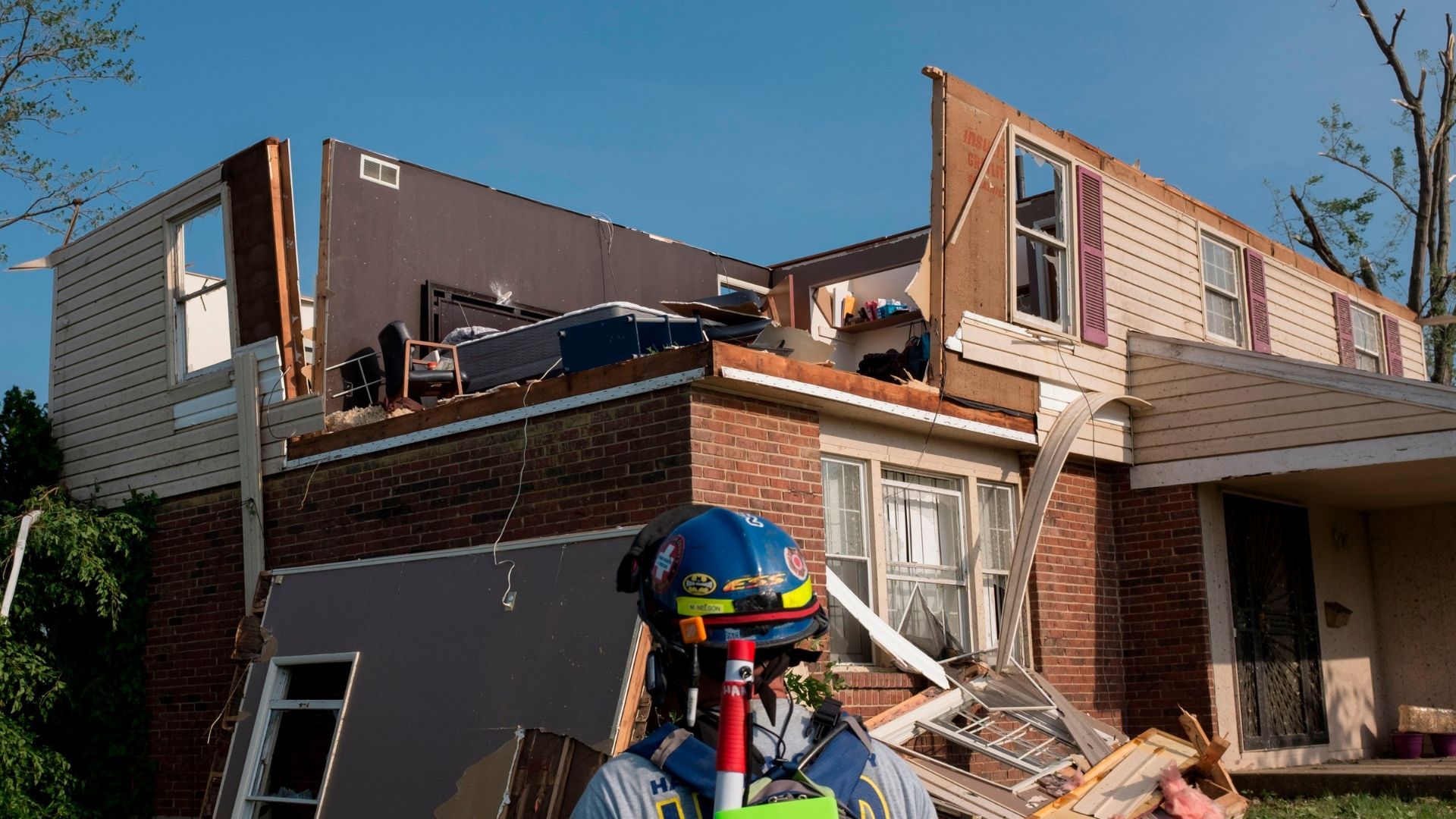 The latest on the severe weather that swept through the midwest Monday into Tuesday.

BROOKVILLE, Ohio — A rapid-fire line of apparent tornadoes tore across Indiana and Ohio overnight, packed so closely together that one crossed the path carved by another.

The storms strew debris so thick that at one point, highway crews had to use snowplows to clear an interstate.

At least half a dozen communities from eastern Indiana through central Ohio suffered damage, according to the National Weather Service, though authorities working through the night had reported no fatalities as of early Tuesday. Some 5 million people were without power early Tuesday in Ohio alone.

Towns just outside Dayton, Ohio, took some of the heaviest hits. The National Weather Service tweeted Monday night that a "large and dangerous tornado" hit near Trotwood, Ohio, 8 miles (12 kilometers) northwest of Dayton.

Just before midnight, not 40 minutes after that tornado cut through, the weather service tweeted that another one was traversing its path, churning up debris densely enough to be seen on radar.

The aftermath left some lanes of Interstate 75 blocked north of Dayton. Trucks with plows were scraping tree branches and rubble to the side to get the major north-south route reopened, according to Matt Bruning, a spokesman for the Ohio Department of Transportation.

Trying to clear the debris in the middle of the night is a difficult task, complicated by darkness and downed power lines, Bruning said.

"We'll do a more thorough cleaning after we get lanes opened," he told The Associated Press by text early Tuesday, noting that tow trucks would have to haul off damaged vehicles along the roadway, too.

Crews were also clearing debris in two other counties northwest of Dayton.

In Montgomery County, which includes Dayton, Sheriff Rob Streck said many roads were impassable. The Montgomery County sheriff's office initially said the Northridge High School gymnasium would serve as an emergency shelter in Dayton but later said it wasn't useable.

An Indiana town was also heavily damaged by storms late Monday, including reports of two tornadoes.

"We do not know at this time if this was a tornado, straight-line winds or what the cause was" of damage in Pendleton, 35 miles (56 kilometers) northeast of Indianapolis, said Todd Harmeson, a spokesman for the Madison County Emergency Management Agency.