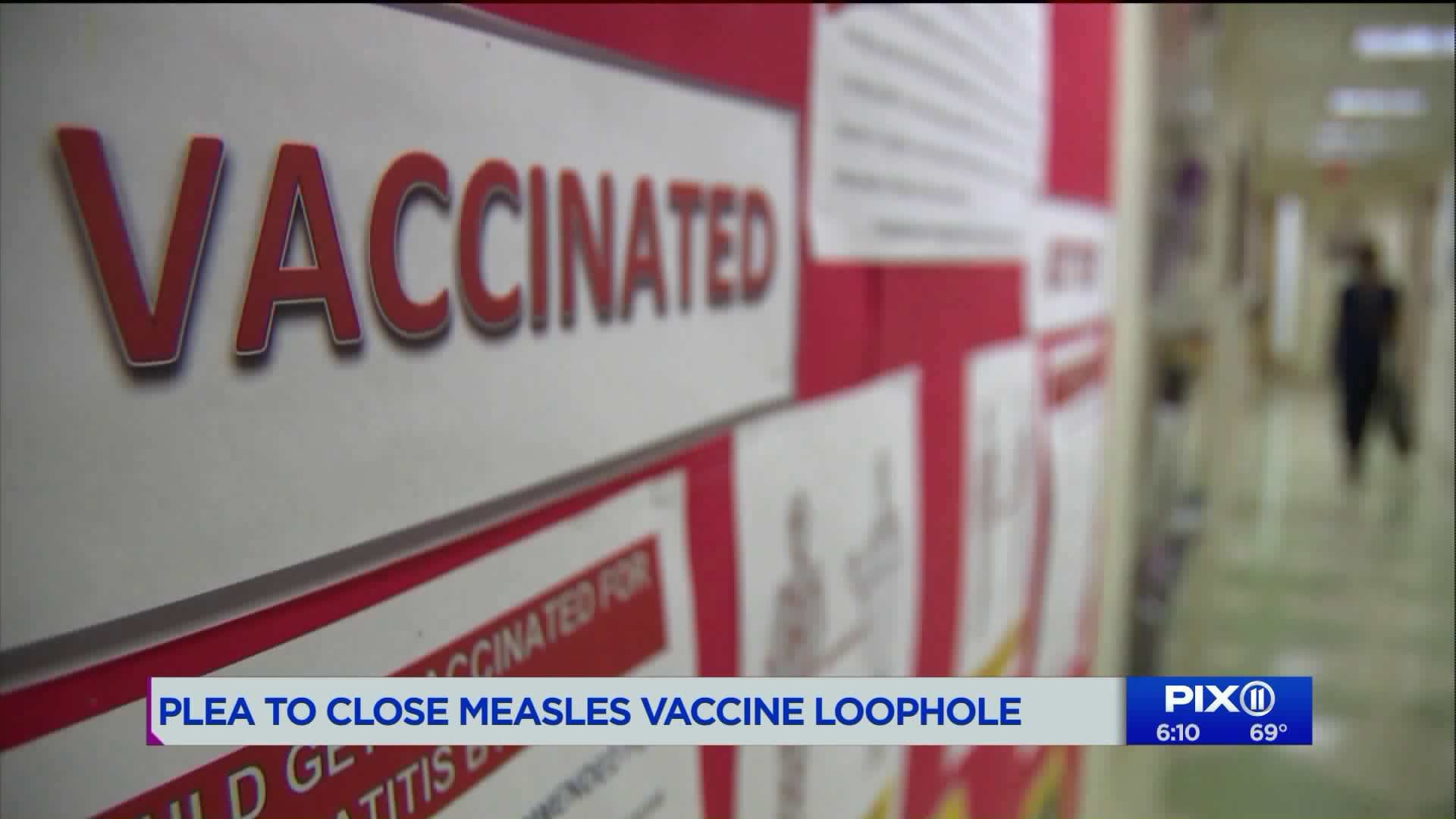 In a Tuesday morning press conference, New York Sen. Brad Hoylman called on the Legislature to pass a bill that would require the end of religious exemptions and non-medical loopholes for vaccines. Even with a health emergency declaration, fines and school closings, some people have resisted vaccines.

ROCKLAND, N.Y. — Rockland County officials have issued a third declaration of a state of emergency as the measles crisis in the country grows.

The second declaration was due to expire May 25 at 11:59 p.m. The renewed state of emergency went into effect Sunday morning and will remain in effect until 11:59 p.m. June 24, 2019, according to Rockland County officials.

“21,582 MMR vaccinations have been given in Rockland since October 2018. This number has increased by 4,624 since the declaration of the original State of Emergency on March 26, 2019; clearly showing how much progress we are making against this outbreak, despite the confusion caused by the various court rulings,” said County Executive Ed Day. “This outbreak, however, is still a public health emergency and we need the entire community’s help to end it.”

In a Tuesday morning press conference, New York Sen. Brad Hoylman called on the Legislature to pass a bill that would require the end of religious exemptions and non-medical loopholes for vaccines.

"The religious exemption is a loophole," Hoylman said. "It is masking as someone's conspiracy against vaccinations and it needs to be closed."

"What's wrong is that they are putting the lives of other people in jeopardy. And we as legislators have to do something about that by passing this legislation," Dinowitz said.

King's dad has had to homeschool his son.

"We don't want to put him in an environment where he can basically die from picking up something that is preventable," Michael Singh said.

Even with a health emergency declaration, fines and school closings, some people have resisted vaccines.

Passionate anti-vaxers even showed up near the lawmakers' Lower Manhattan press conference.

"This bill is against the 1st amendment of the United States of America. And this is a call for Donald Trump to stand up and protect the religious who do not want to comply with any coerced medicine," protestor Stefanie Mihairas said.

Speaking on the Brian Lehrer Show on WNYC Tuesday, Governor Andrew Cuomo said he would sign legislation if it passes the Assembly and Senate.

"This is a public health crisis and it's worse in New York than any other state. And I think we should pass a bill. You have a right to your religious beliefs, you don't have a right to infect my child," Cuomo said.

Failure to comply with the state of emergency in Rockland County can result in a $2,000 fine. Parents and guardians are responsible for their child’s compliance and will serve the order on behalf of an exposed minor.

Measles is a highly contagious disease that is transmitted by airborne particles, droplets and direct contact with respiratory secretions of an infected person.

Measles can be prevented through vaccinations. New Yorkers are advised to call 311 to access a list of facilities that provide the MMR vaccine at little to no cost.