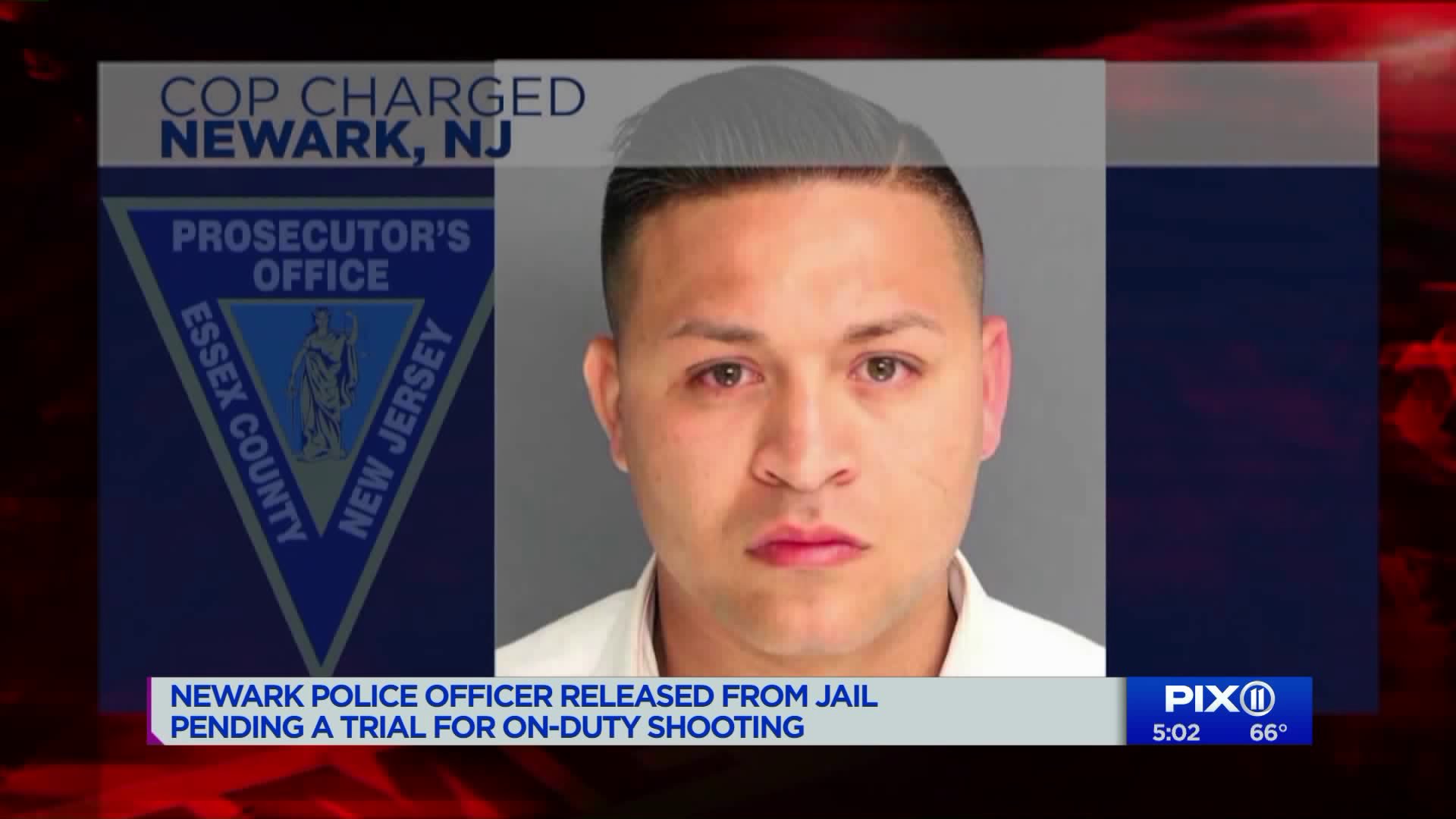 A judge ordered for Officer Jovanny Crespo to be released from jail while he awaits trial, sparking both relief and frustration from families on either side of this case.

NEWARK -- A Newark police officer pleaded not guilty Tuesday to manslaughter and other charges connected to the on-duty shooting of two men in January during a police chase.

A judge ordered for Officer Jovanny Crespo to be released from jail while he awaits trial, sparking both relief and frustration from families on either side of this case.

"I feel like it’s really unjust," said Ebony Davis, whose fiancee Gregory Griffin, 46, was shot in the head and killed on the night of January 29. "If Gregory did that, he’d be sitting in jail."

Griffin had been stopped earlier in the night by a police officer who spotted a gun and ordered him to show his hands. Griffin fled, along with a passenger in the car, Andrew Dixon, 35.

Officer Jovanny Crespo was riding in a cruiser with his partner when he jumped out at three different locations and opened fire on the black Chrysler sedan that Griffin was driving.

Crespo's attorney, Patrick Toscano, labeled both men in the sedan as criminals in court Tuesday, as he vigorously rebutted the state's claims that Crespo should remain jailed.

"This man is a hero!" Toscano exclaimed.

Toscano objected to the state's move to replay the police dash camera and body camera video in court today. But once overruled he contested that the video is a testament to Officer Crespo's courage.

"This is stellar police work," he stated.

The state argued that video evidence proves Crespo is a dangerous, reckless man who cannot be trusted.

New surveillance video played in court showed Crespo open fire, even as other police officers were right next to the suspects car.

The state also pointed to previous grand jury testimony from other police officers who said they could not see into the heavily tinted windows of the vehicle. While Crespo has stated that he could see a man inside with a gun.

Upon his release from jail today, he will be monitored by the court leading up to trial. He must check-in once per week.

Crespo was suspended from the Newark Police Department and he has been ordered to turn over all firearms.

His case is expected to proceed on July 16, when attorneys will meet for a pre-trial conference.