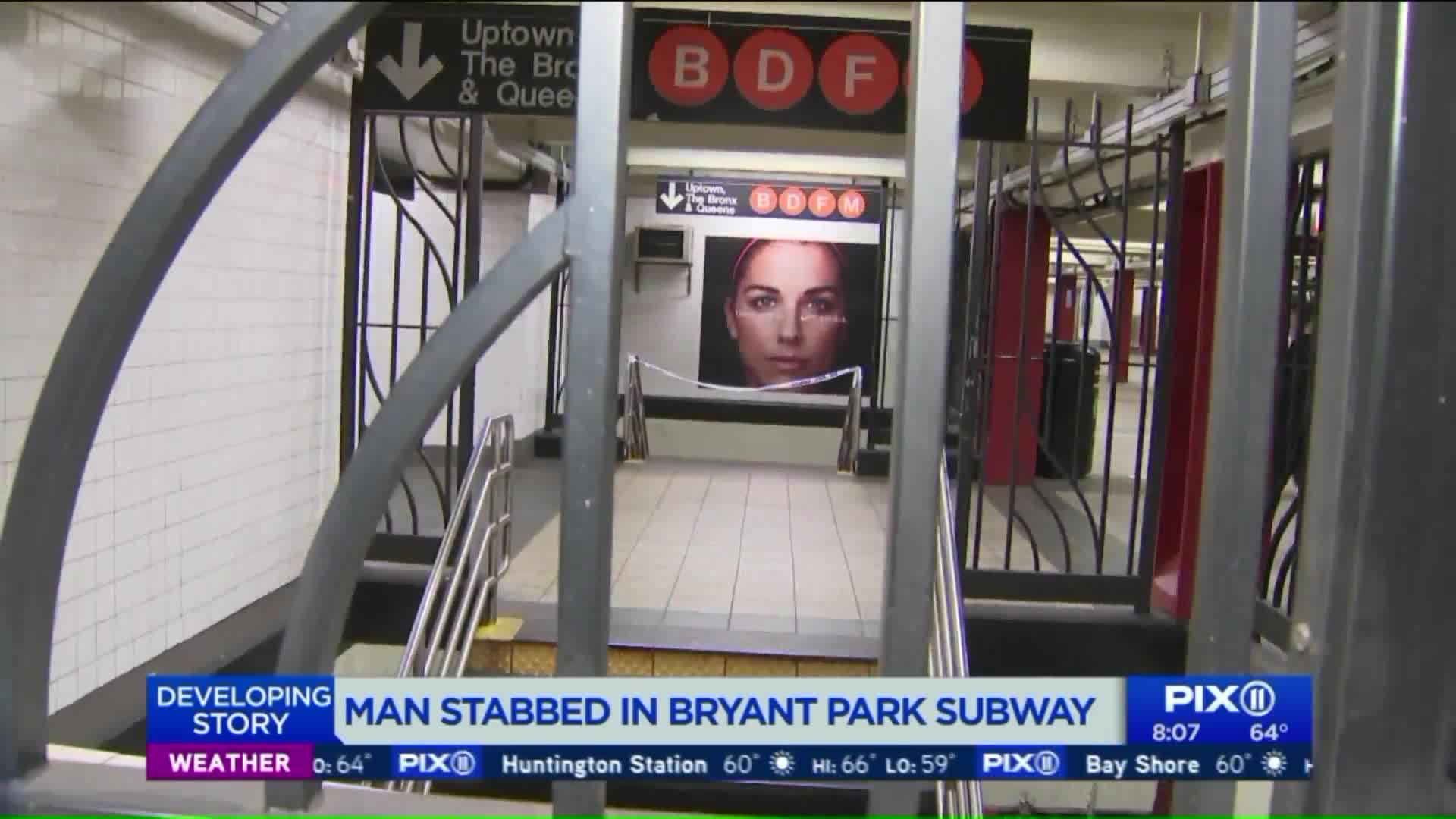 Anthony DiLorenzo has the latest, including the alleged motive of this attack.

BRYANT PARK — A man was stabbed at the Bryant Park subway station Monday night, according to police.

Officials say the man was stabbed in the neck and abdomen after a dispute around 11:25 p.m. on the platform of the D train.

A subway booth agent told PIX11 the victim ran up to him bloodied and begging for help before collapsing on the sidewalk outside the station. Video from the Citizen App shows the man being placed onto a stretcher by paramedics just outside Bryant Park.

He was taken to Bellevue Hospital, and his injuries were not life-threatening, according to authorities.

Police said two men fled the scene, and that the three men involved knew each other. They were allegedly fighting about money when police say the attack occurred.

Power to the station was cut and service was interrupted while police searched the tracks for the weapon. Power has since been restored and trains are running.