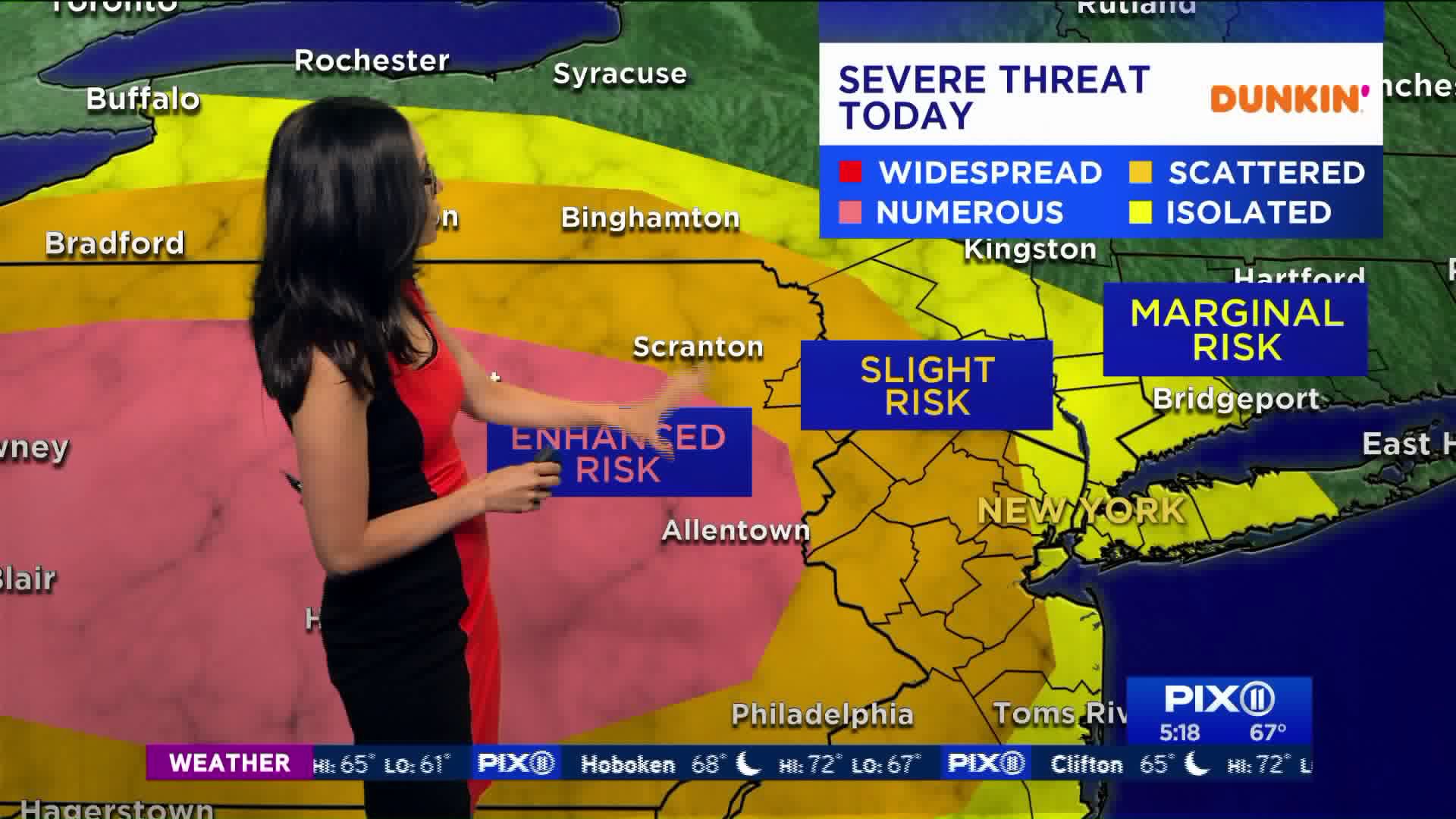 What can we expect for Tuesday? After severe weather hit the midwest, we're keeping track of what's headed our way.

NEW YORK — Severe weather from the midwest is making its way toward the New York-area Tuesday after a sunny and warm Memorial Day.

Rain fell in the city around lunchtime before tapering off, but stronger storms are possible into the evening with gusty winds and locally heavy downpours.

The high temperature will be 71 in the city, low 70s in the suburbs.

A tornado watch has been issued for parts of western New Jersey, including Burlington, Camden, Gloucester, Hunterdon, Mercer and Warren counties, according to the National Weather Service. A tornado watch is issued when conditions are favorable for tornadoes and severe thunderstorms are in and close to the watch area.

The storms come after a line of apparent tornadoes tore across Indiana and Ohio overnight. Debris was so thick that at one point, highway crews had to use snowplows to clear an interstate.

At least half a dozen communities from eastern Indiana through central Ohio suffered damage, according to the National Weather Service, though authorities working through the night had reported no fatalities as of early Tuesday. Some 5 million people were without power early Tuesday in Ohio alone. Towns just outside Dayton, Ohio, took some of the heaviest hits.