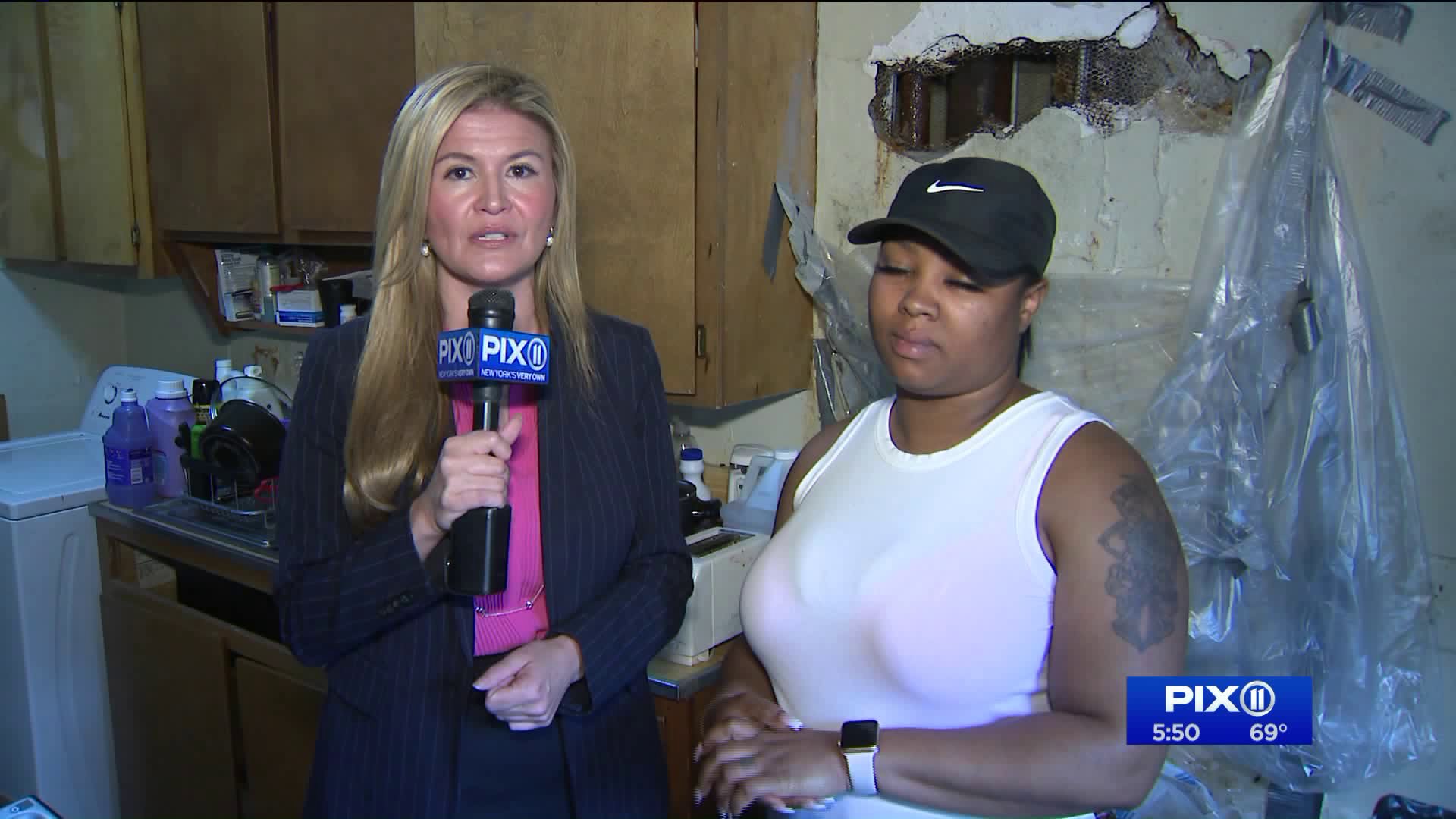 Shatia Holland says she hasn`t used her kitchen in eight months inside her apartment at the MetroNorth Plaza and she`s in desperate need of repairs all around her East Harlem apartment.

EAST HARLEM  — Shatia Holland says she hasn't used her kitchen in eight months inside her apartment at the MetroNorth Plaza and she’s in desperate need of repairs all around her East Harlem apartment.

“It’s aggravating. I can’t let my children see me fold. I have to take it on the chin,” said Holland.

Holland says she cries and feels stress when she thinks about the condition of her home and is especially worried about the health of her 1-year-old daughter, Julissa.

“It’s not good for the baby to breathe this in. I think our house is making the baby sick,” said Holland.

A NYCHA spokesperson says staff addressed and abated a leak from above Holland’s apartment Tuesday. Staff is scheduling plastering for this apartment, and painting will be scheduled once plastering is complete.