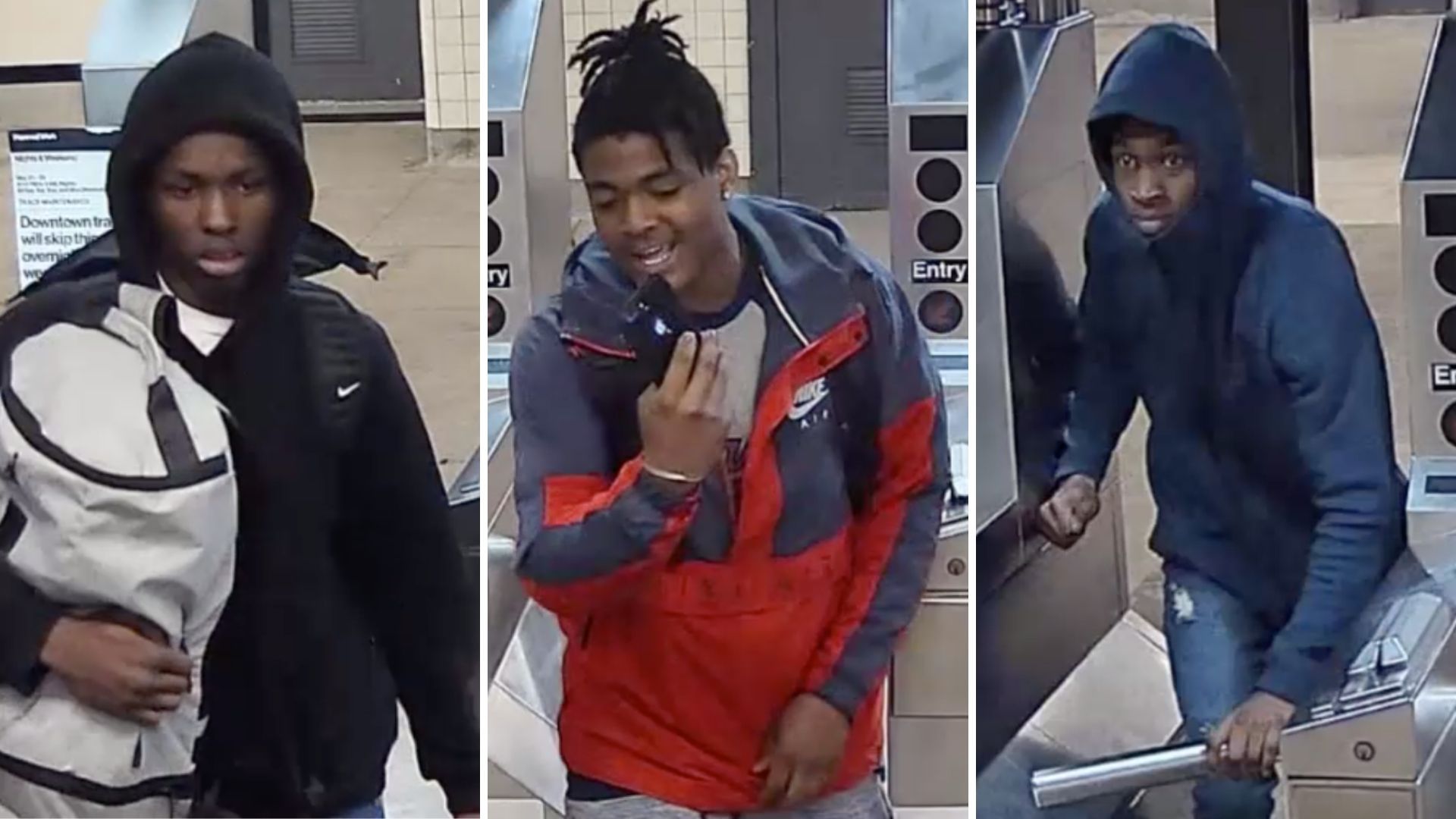 Raw surveillance footage of three men wanted in connection with Bronx robbery, assault, according to the police. (NYPD)

MT. HOPE, the Bronx — Police said they're looking for three young men in connection to a robbery and assault at a Bronx subway station on Thursday.

According to authorities, three men approached a 28-year-old man while he was waiting on a southbound D train that was stopped at the 175-175 Streets/Grand Concourse subway station in the Mt. Hope section of the Bronx on Thursday, May 23, at about 3:10 p.m.

From the subway station platform, one of the three men reached into the subway car and grabbed the victim's gold chain, police said.

The victim began to chase the man who snatched his chain and was then assaulted by the other two men, according to authorities.

EMS responded and transported the victim to an area hospital for minor injuries, police said.

Police are describing the three men as about 16 to 20 years old and have released the above surveillance footage.