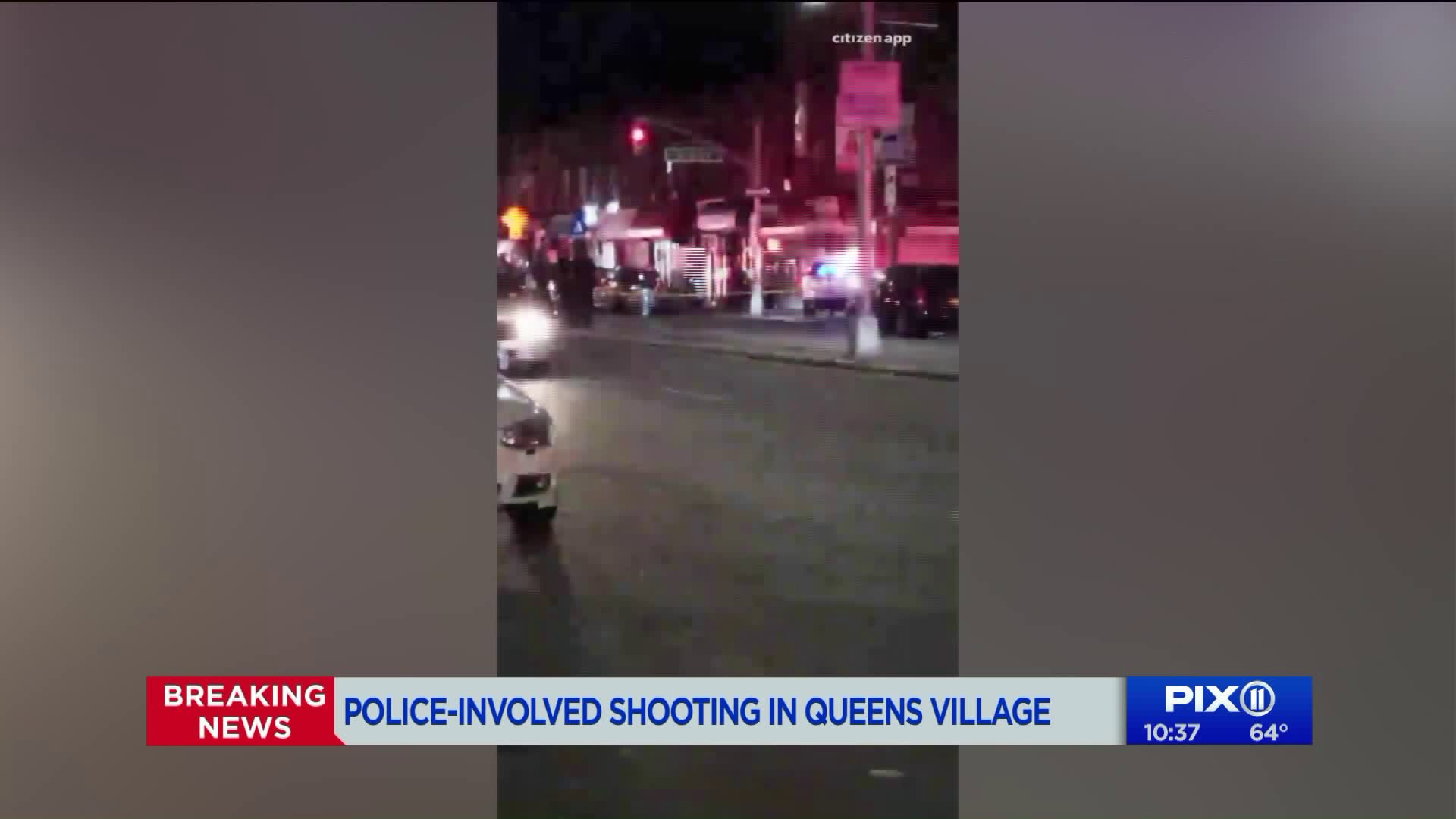 Police confirmed that a person was shot by an NYPD officer Friday night in the Queens Village neighborhood in Queens. The person shot was taken to an area hospital and their condition is not known at this time.

QUEENS VILLAGE, Queens — A woman who was allegedly holding a knife and acting "erratically" was shot by an NYPD officer in Queens, police said Saturday morning.

Shortly before 10 p.m. Friday, two police officers from the 105 precinct were traveling on Jamaica Avenue and approaching 212 Street when they saw a woman standing in front of a carwash acting erratically, police said.

The officers entered the carwash driveway when the woman threw a glass bottle at the officers as they were getting out of their marked patrol car, said Rodney Harrison, Chief of Patrol.

After exiting the vehicle, the officers saw a knife in the woman's hand, Harrison said.

Both officers repeatedly ordered the woman to drop the knife, at which time she began walking towards them with the knife still in her hand, police said in a statement.

One of the officers then fired one round striking the woman in the lower abdomen before she fled the scene.

Two additional uniformed officers assigned to the 105 precinct responded to the location and found the woman about one block from the carwash, Harrison said.

She was transported to the hospital in stable condition.

The suspect's knife was recovered at the scene.