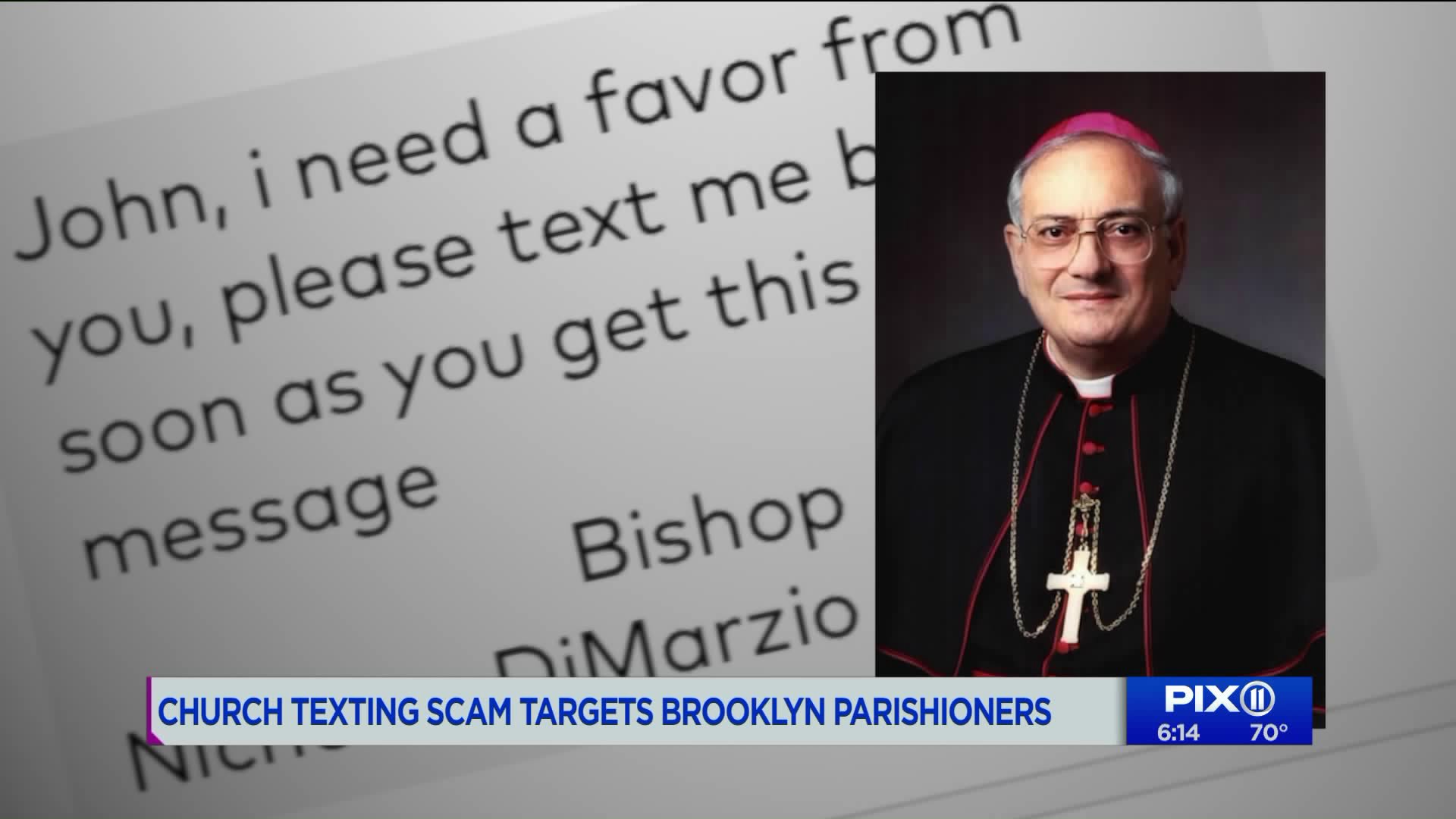 According to cops, it was a classic scam. Quaglione was just one of many affiliated with the Diocese who received texts from people claiming to be high ranking church officials all asking for gift cards with specific directions.

BROOKLYN — John Quaglione was left scratching his head when he received a text message from who he thought was Bishop Nicholas DiMarzio of the Brooklyn Diocese.

“You know I had some doubt but I also had the thought – this could actually be something from the Bishop,” he told PIX11.

“When I asked him what can I help you with he went into the whole mechanism of the gift cards and cancer patients suffering in the hospital.”

According to cops, it was a classic scam. Quaglione was just one of many affiliated with the Diocese who received texts from people claiming to be high ranking church officials — all asking for gift cards with specific directions.

“He asked specifically for three $100 denomination gift cards and to scratch off the PIN number in the back and screenshot it and send it to him right away,” he explained.

The scam artist even signs off by asking for prayers.

“They are trying to target Catholics who they know are going to have a connection to their pastor and would be willing to help,” Adriana Rodriguez, Press Secretary for the Brooklyn Diocese, said.

According to officials, as many as six churches have been hit with this scam which has already netted $3,000.

Annette Clarke, a parishioner at Saint Rose of Lima, was among the targeted, receiving a text from someone claiming to be her pastor Father James Caroli.

“It says ‘hi Annette I need you to do me a favor’” she recalled. “Which is not unusual.”

The text asked for gift cards.

Clarke went as far as going to her local Rite Aid to purchase them but then had a moment of clarity.

“I found something strange - I started looking at it and thought why is father responding as a ‘Father James A. Caroli’ – he would never send me a text like that.”

She then called police.

“To resort to this level just to make a quick buck is pretty sad,” Rodriguez said.

Officials with the diocese and the NYPD are urging those who receive these texts, not to respond.