Heat and sun usher in the holiday weekend on the Jersey Shore, marking a recovery from Superstorm Sandy 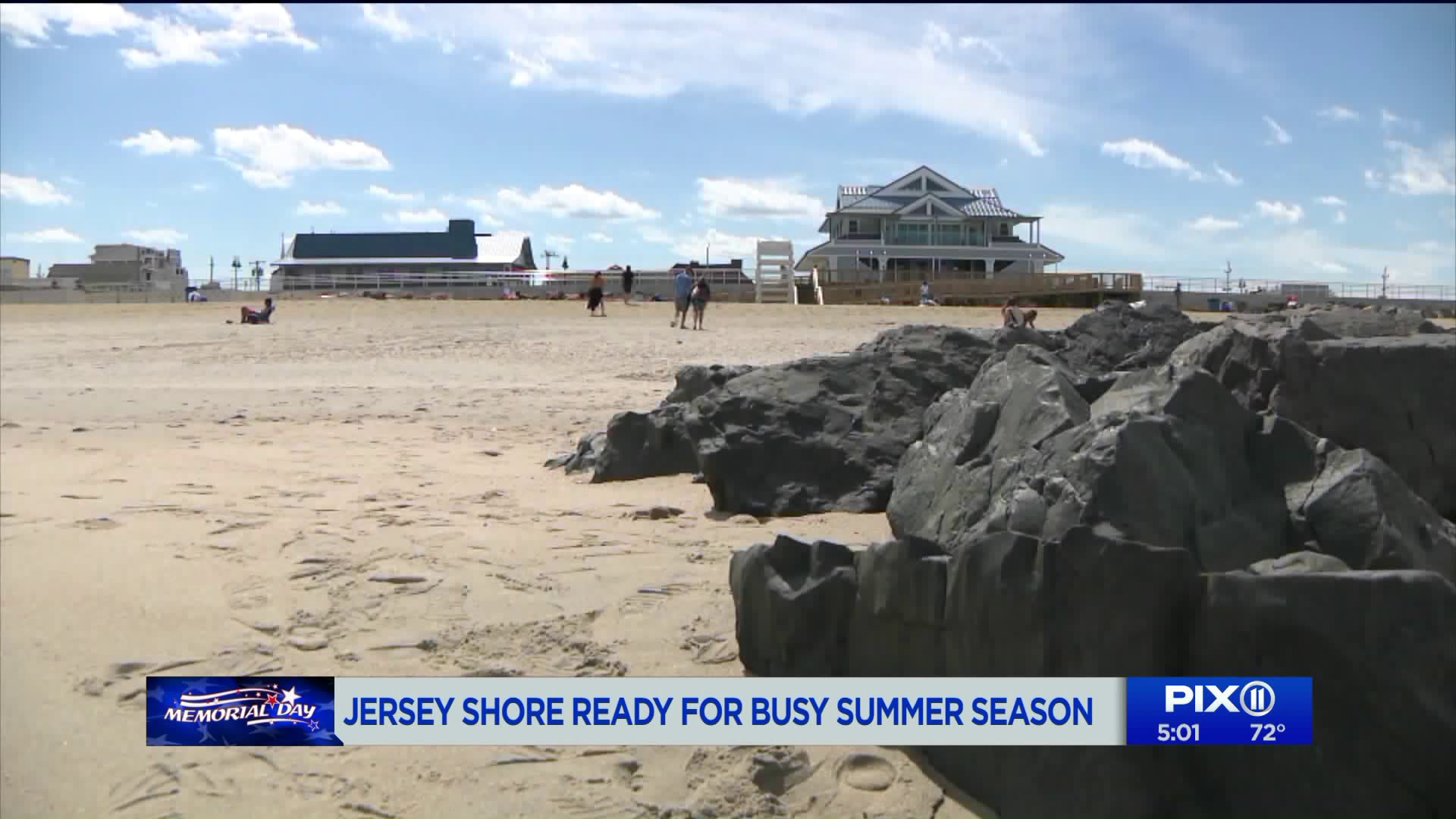 Memorial weekend means the summer season is kicking off at the Jersey Shore.

SEA BRIGHT, N.J. -- June hasn't even arrived yet, but with a warmer than usual Memorial Day weekend in the tri-state, summer has begun.

On the Jersey Shore, the beginning of the season saw people on the beach, appreciating years of the Garden State replenishing the dunes in all four of its oceanfront counties, in the wake of Superstorm Sandy seven years ago.

"People questioned if Sea Bright was even going to come back," said Dina Long, mayor of Sea Bright. "So it's very gratifying to be on our rebuilt beach, with our rebuilt facilities and to see people come into Sea Bright. It just does a heart good."

New Jersey has spent $1.3 billion to replenish its oceanfront dunes. Among the dozens on the beach that the replenishment helped to restore were many families, like that of Emma Merces, 10. "It's nice and sunny," she told PIX11 News, "and we thought it'd be very fun."

The temperature was in the low 70s, thanks to the mostly sunny skies. However, another factor affected Friday's weather: wind. For most of the day, there was a sustained wind of 12 to 15 miles per hour. Occasionally, gusts were as high as 30 miles per hour.

One mother who'd brought her two children to the beach had to instruct them on how to keep sand out of their eyes, but nonetheless said, "When the weather gets nice, people just want to go to the beach." Her daughter, 5, added, "Like I think it's getting hotter out."

An indication of the heat was the steady flow of customers into the Ralph's Ices shop across the street from the beach.

"I got the watermelon," said Raphael Giglio, pointing to his cup of Italian ice. His twin daughters, Phoebe and Abigail savored their cups of lemon and watermelon, respectively.

"Memorial Day weekend," said Giglio, "it's when it all begins on the Jersey Shore."

This weekend will feature the winds dying down, and the temperatures rising. Inland Jersey communities, as well as much of New York City, will be in the 90s on Sunday.

"Tell Mr. G to push 90 [degrees] over here on the beach," said Michael Sottosanti, owner of the Ralph's franchise. "It'll go even better for us."

Whatever the temperature this weekend, one thing is certain: it will be helpful for crowds and for business.

"Typically, it's cold for Memorial Day weekend here in Sea Bright," said Mayor Long. "So to see people out in bathing suits, it's so exciting."