Multiple fires break out at Montefiore Hospital in the Bronx: FDNY 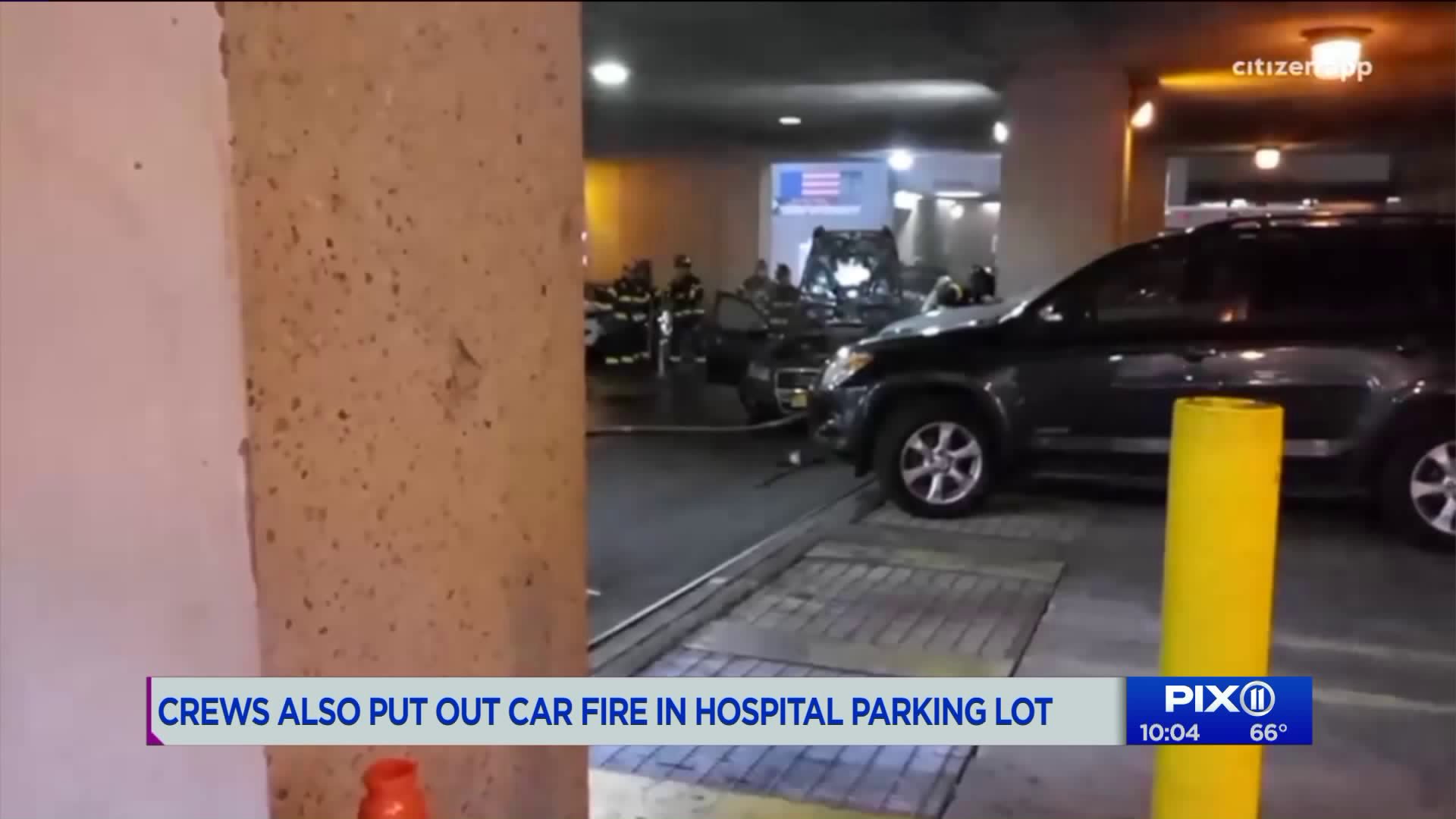 There were three separate fires at Montefiore Medical Center in the Bronx Friday night. The biggest fire broke out in the hospital`s boiler room, while another was a car fire in the parking garage, and the third was in a hospital stairwell. All fires have been extinguished and Fire Marshals are on the scene investigating Friday.

NORWOOD, the Bronx — After a fire broke out at Montefiore Medical Center in the Bronx Friday night, confirmed by the FDNY, a source told PIX11 there were two additional fires at the medical center as well.

The first fire was in the boiler room of the hospital located at 111 East 210th St. in the Norwood section of the Bronx,  authorities said.

The initial call about the fire came in at 7 p.m., and it became a two-alarm fire around 7:10 p.m., according to the FDNY.

Officials said this fire was officially under control by 8 p.m..

According to authorities there were no injuries. Sources told PIX11 there are no evacuations.

All fires have been extinguished and no injuries were reported, according to authorities.

File marshals are on the scene investigating.