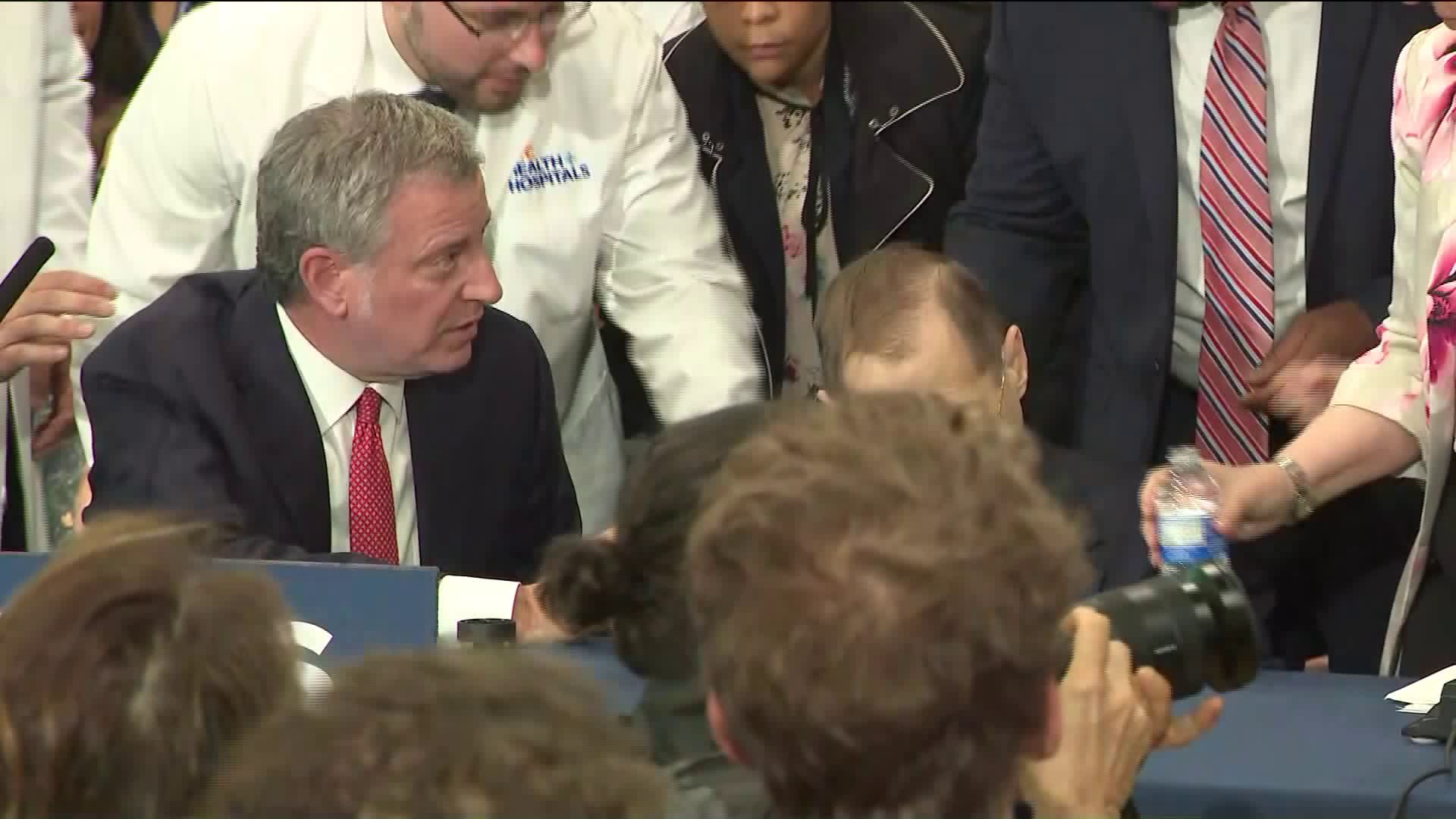 Rep. Jerry Nadler "is okay" after falling ill during an event with Mayor Bill de Blasio.

The chairman of the House Judiciary committee had given remarks at an event about speed enforcement cameras in school zones when he slumped in his chair on Friday.

As people moved to assist him, Nadler put his hand to his head and appeared disoriented, then seemed to recover after a few minutes. He speaking and alert, telling people near him that he was OK.

The 71-year-old Democrat was given water and an orange as staff cleared reporters from the school gymnasium where the event took place.

An ambulance took Nadler to a hospital about 45 minutes later.

A few minutes after leaving the school in the ambulance, Nadler said in a tweet that he was fine.

Appreciate everyone's concern. Was very warm in the room this morning, was obviously dehydrated and felt a bit ill. Glad to receive fluids and am feeling much better. Thank you for your thoughts.

"Appreciate everyone's concern. Was very warm in the room this morning, was obviously dehydrated and felt a bit ill. Glad to receive fluids and am feeling much better. Thank you for your thoughts," he wrote.

"He was sitting down so did not faint or anything, just was a bit ill. He is responsive and receiving a check-up."

Mayor de Blasio, a Democrat who recently announced he was running for president, was sitting next to Nadler and answering questions when Nadler slumped over.

BREAKING:@RepJerryNadler has health scare during an event along side @NYCMayor talking about speed cameras. Appears to be dehydrated and pass out. He looks paper white. pic.twitter.com/dTFlPMWhgG