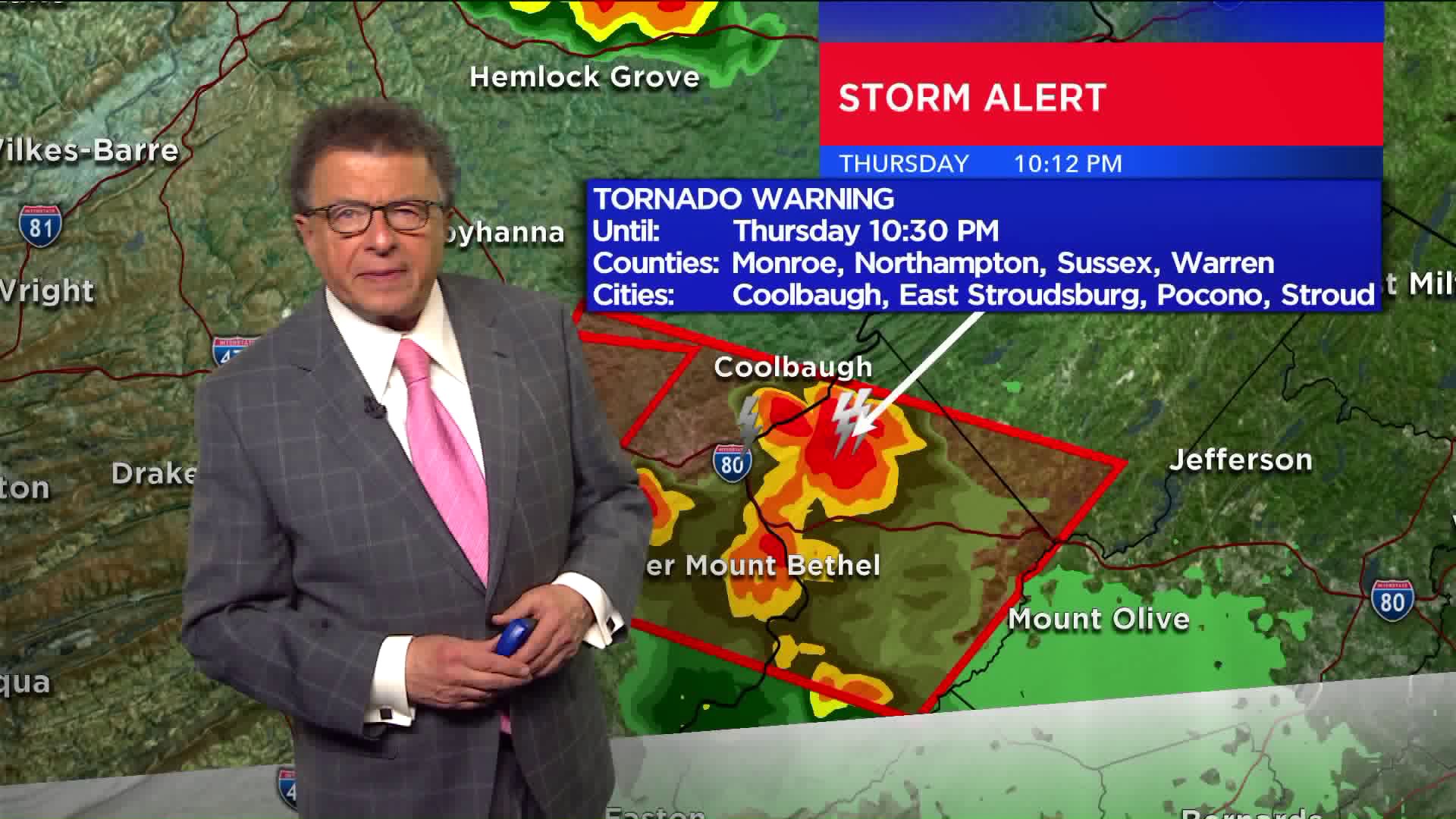 The National Weather Service issued a Tornado Warning for areas of New Jersey and Pennsylvania through 10:30 p.m. late Thursday night, May 23, 2019.

NEW JERSEY — A tornado warning was issued for Sussex and Warren Counties in new Jersey on Thursday night.

The warning was issued shortly after a warning ended in parts of New York. It ended at 10:30 p.m.

A severe thunderstorm capable of producing a tornado was located near Reeders just before 10 p.m. The storm was moving east at 65 mph.

The warning is in an area where nearly 155,000 people live; it also includes parts of Pennsylvania.

Flying debris could be dangerous to those not inside. Expect tree damage and damage to homes. The National Weather Service advises people to move to basements or interior rooms on the lowest floor of a building.

The warning comes after a storm system moved through New York and New Jersey earlier Thursday.