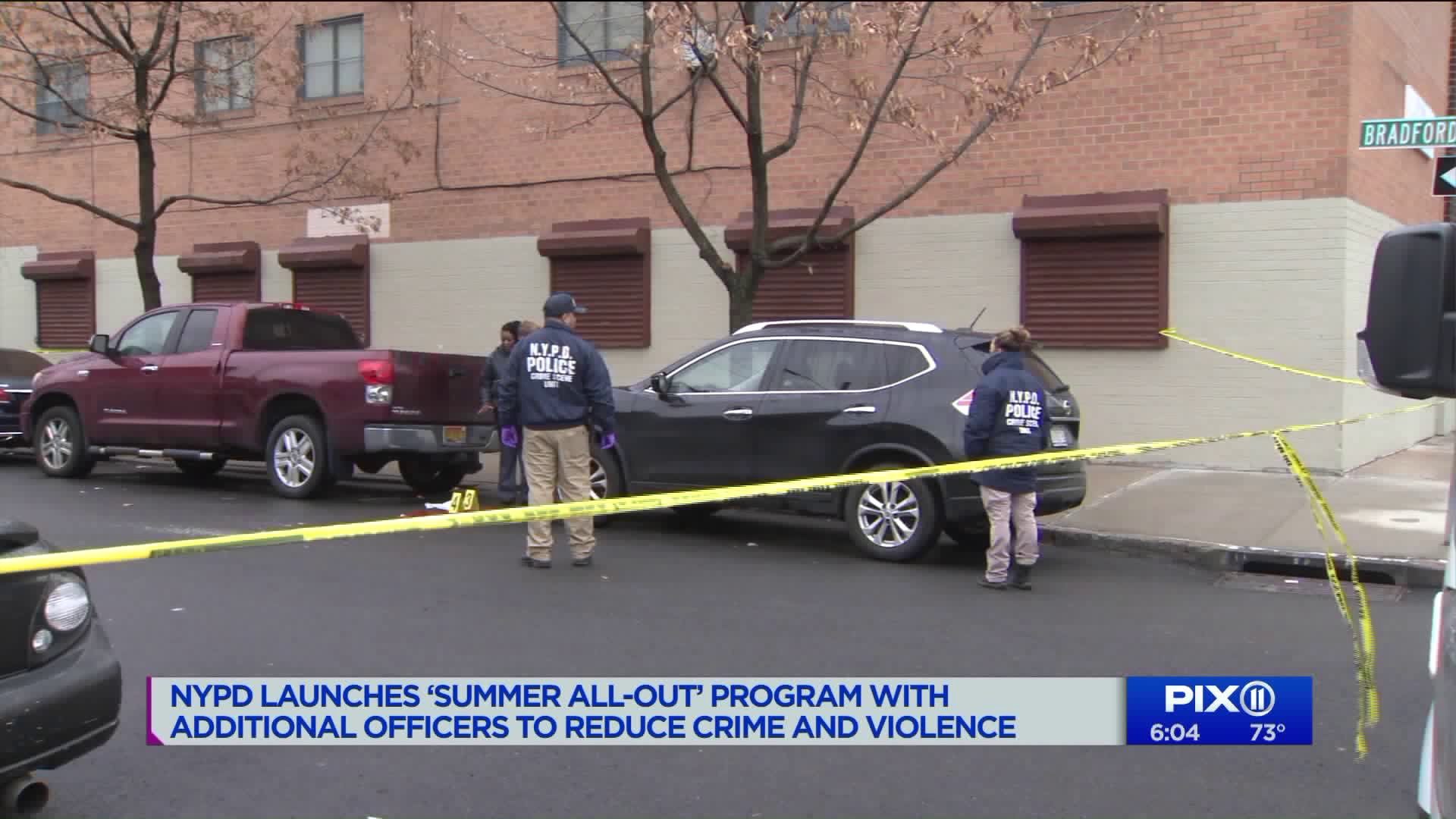 When the weather gets hot, you can expect to see more NYPD officers on the streets working to keep crime down, especially in neighborhoods where crime is an issue. More cops will de deployed this summer than last summer.

The NYPD will deploy hundreds of officers to high crime neighborhoods starting on Thursday to continue the historic crime reduction in New York City during the summer months.

The deployment program is called “Summer All Out”.

In 2018, the city experienced significant reductions in shootings, murders and other violent crimes. There was a reduction of eight murders, or 36%, and 11 fewer shootings, or 16%.

"This year we will be adding more officers than ever before and extending the program by three additional weeks working hand-in-hand with the community members and fellow cops these additional officers will focus on further reducing crime and violence," NYPD Chief of Department Terence Monahan said.

This year, for the first time, officers will be assigned to the New York City subway system as well

Most people PIX11 spoke to are excited to see the additional officers coming to their neighborhoods.