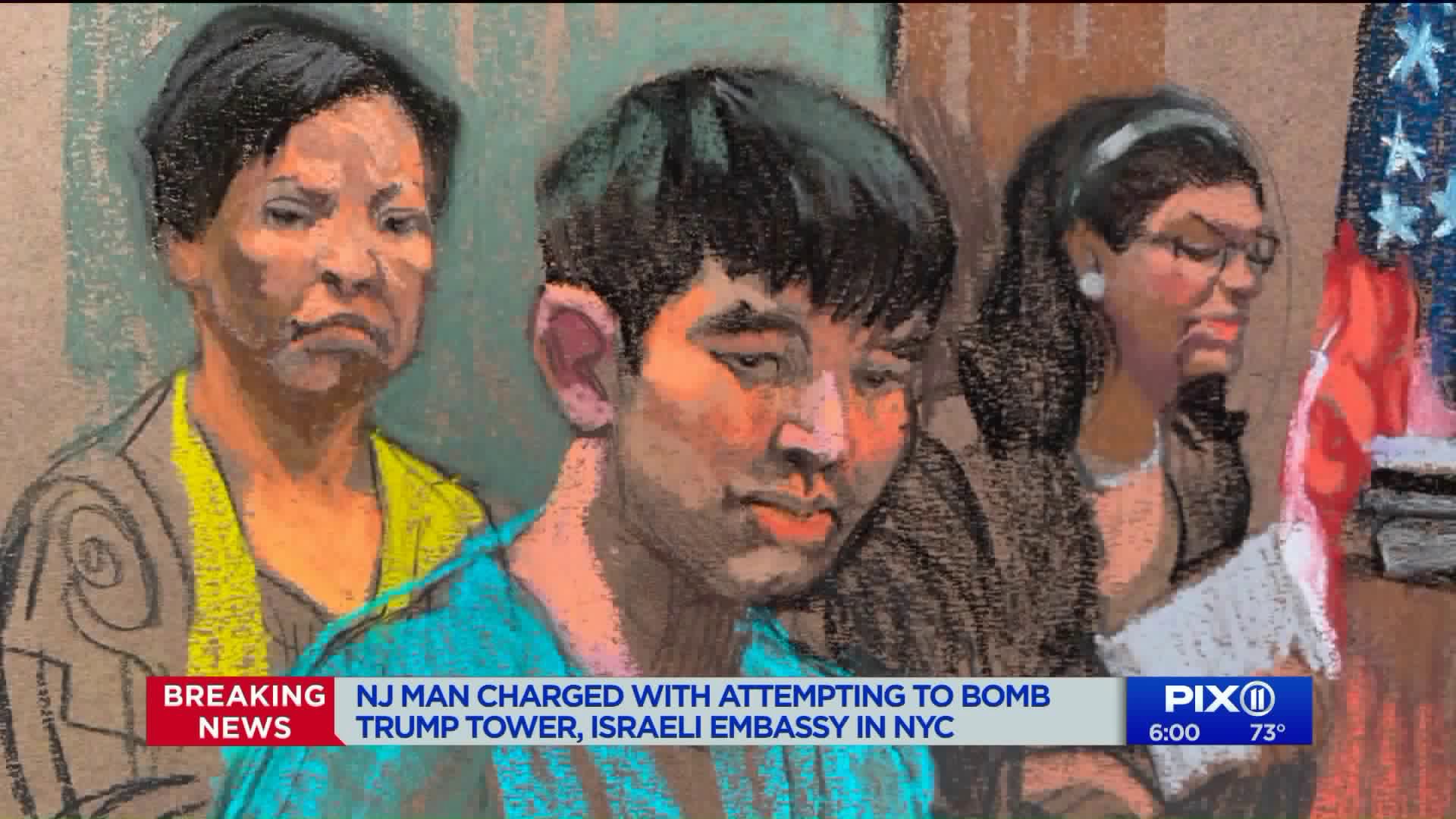 A New Jersey man who allegedly said he wanted to "bomb Trump Tower" and threatened to "shoot everybody" at a pro-Israel rally was arrested on terror charges Wednesday. Federal officials say 20-year-old Jonathan Xie, of Basking Ridge, New Jersey, attempted to provide material support to terrorist organization Hamas and lied on his application to enlist in the U.S. Army. 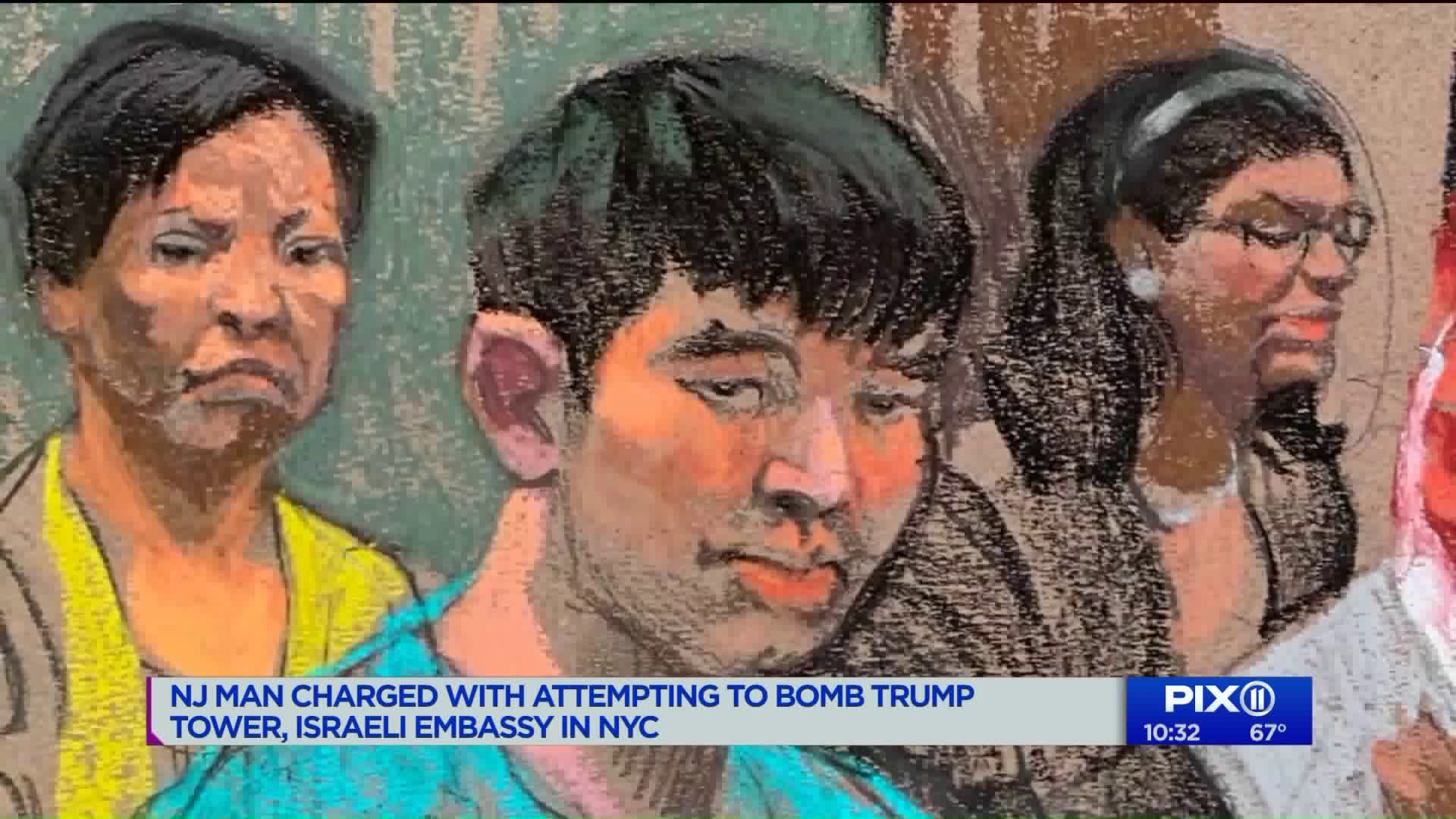 NEWARK, N.J. -- A New Jersey man who allegedly said he wanted to "bomb Trump Tower" and threatened to "shoot everybody" at a pro-Israel rally was arrested on terror charges Wednesday.

Court documents revealed that Xie wanted to join the U.S. Army “to learn how to kill… So I can use that knowledge.”

Xie also posted on Instagram, “Okay, so I went to NYC today and passed by Trump Tower and then I started laughing hysterically ... shit I forgot to visit the Israeli embassy in NYC .... i want to bomb this place along with trump tower.”

Xie also appeared in an Instagram Live video last month wearing a black ski mask and stated that he was against Zionism and the neo-liberal establishment. When asked by another participant in the video if he would go to Gaza and join Hamas, Xie stated “yes, If I could find a way.”

Later in the video, Xie displayed a Hamas flag and retrieved a handgun. He then stated “I’m gonna go to the [expletive] pro-Israel march and I’m going to shoot everybody.”

In other Instagram posts, Xie stated, “I want to shoot the pro-Israel demonstrators ... you can get a gun and shoot your way through or use a vehicle and ram people ... all you need is a gun or vehicle to go on a rampage ... I do not care if security forces come after me, they will have to put a bullet in my head to stop me.”

Last December 2018, federal officials say Xie sent $100 via Moneygram to an individual in Gaza who Xie believed to be a member of the Al-Qassam Brigades – a faction of Hamas that has conducted attacks, to include suicide bombings against civilian targets inside Israel.

At approximately the same time that Xie sent the money, he posted on his Instagram account, “Just donated $100 to Hamas. Pretty sure it was illegal but I don’t give a damn.”

In April 2019, Xie sent a link to a website for the Al-Qassam Brigades to an FBI employee who was acting online in an undercover capacity. Xie described the website as a “Hamas” website and stated he had previously sent a donation to the group. Xie then sent screenshots of the website to the undercover employee and demonstrated how to use a new feature on the website that allows donations to be sent via Bitcoin.

Xie later sent a donation of approximately $20 in Bitcoin (including transaction fees) via the website as a test to see whether the Bitcoin feature worked.

The investigation revealed additional social media accounts for Xie, including a YouTube account which contained, among other things, a playlist containing videos, many of which advocated or propagandized Soldiers for Allah, the war in Syria, Hezbollah (a foreign terrorist organization), and the Houthi movement in Yemen, as well as support for Bashar al Assad, Saddam Hussein, and North Korea.

“Homegrown violent extremists like Xie are a serious threat to national security,” U.S. Attorney Carpenito said. “The actions that he took and planned to take made that threat both clear and present, and we commend our law enforcement partners for working closely with us to stop him before he could carry out his plans to commit violence on American soil. We will continue to do everything in our power to safeguard our country and its citizens from the threat of terrorism, whether that threat comes from abroad or – as here – from within.”

Xie, who is charged with two counts of attempting to provide material support to a designated terrorist organization, two counts of making false statements, and one count of transmitting a threat in interstate commerce, is scheduled to appear Wednesday afternoon before U.S. Magistrate Judge Mark Falk in Newark federal court.