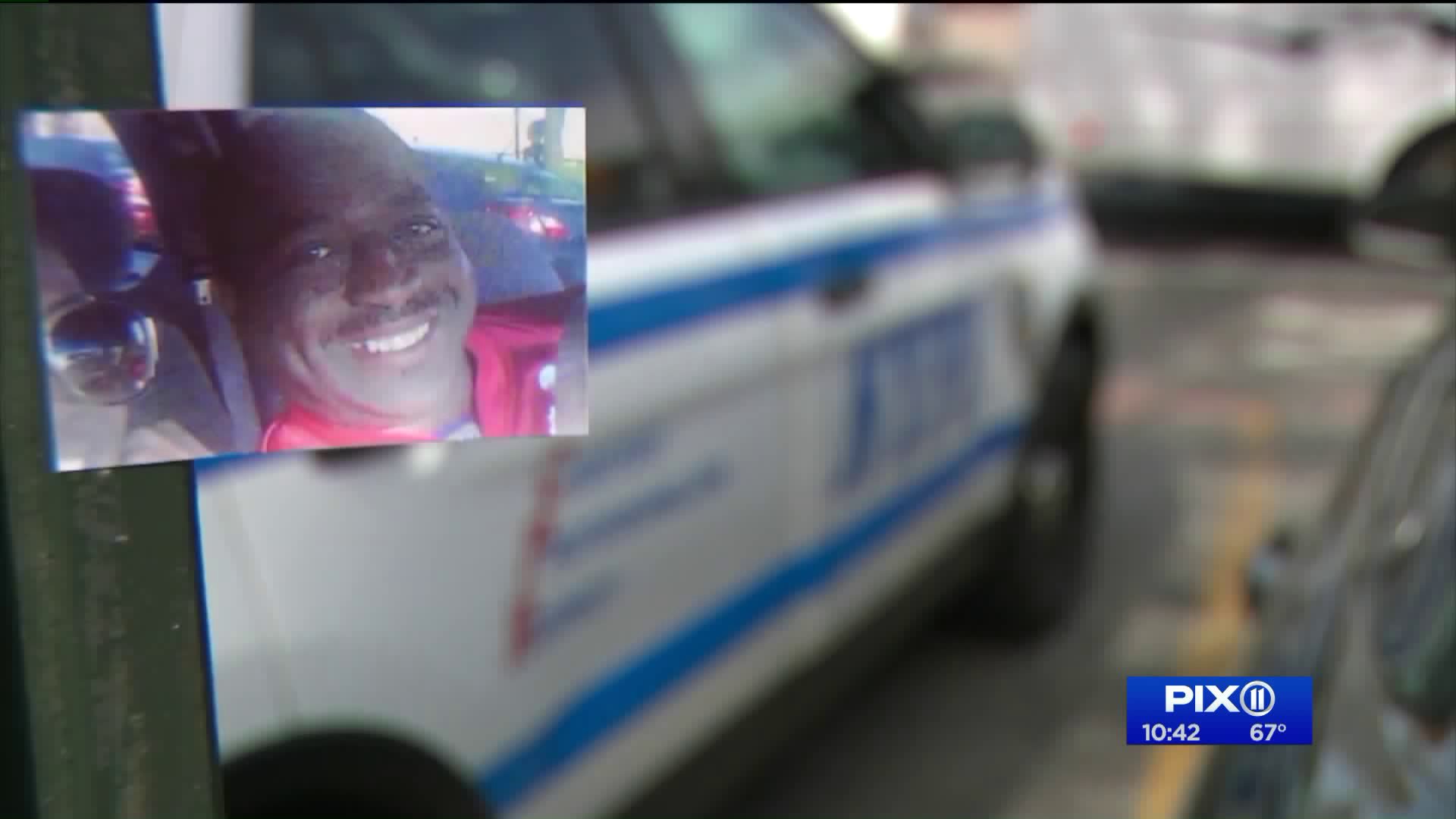 Family of Eric Garner tell PIX11 they are fed up by the delay of the disciplinary trial of Daniel Pantaleo, who is accused of using an unauthorized chokehold during the arrest that led to Garner's death. Meanwhile, activists and Garner family supporters rallied Wednesday outside the courthouse.

"It's just lingering... in the air, as if Eric was nobody," Eric Garner's sister Ellisha Flagg Garner said to PIX11 News.

Frustration is familiar feeling to Garner's family. The cause of their latest frustration is a new delay in the disciplinary trial of Daniel Pantaleo, the officer accused of using an unauthorized chokehold that led to his death in July 2014.

The 10-day trial was supposed to wrap up by this Friday, but last week Pantaleo's legal team asked the judge for a two day delay. Yesterday, they told the judge they won't be ready to proceed until June.

The Civilian Complaint Review Board is prosecuting the Pantaleo case. Today they voiced concerns, telling PIX11, "No amount of time will diminish the prosecution's very clear evidence."

However, Pantaleo's attorney, Stuart London, insists they're waiting for a medical expert who can prove Pantaleo's innocence.