Brooklyn man charged with exposing himself to children on the street 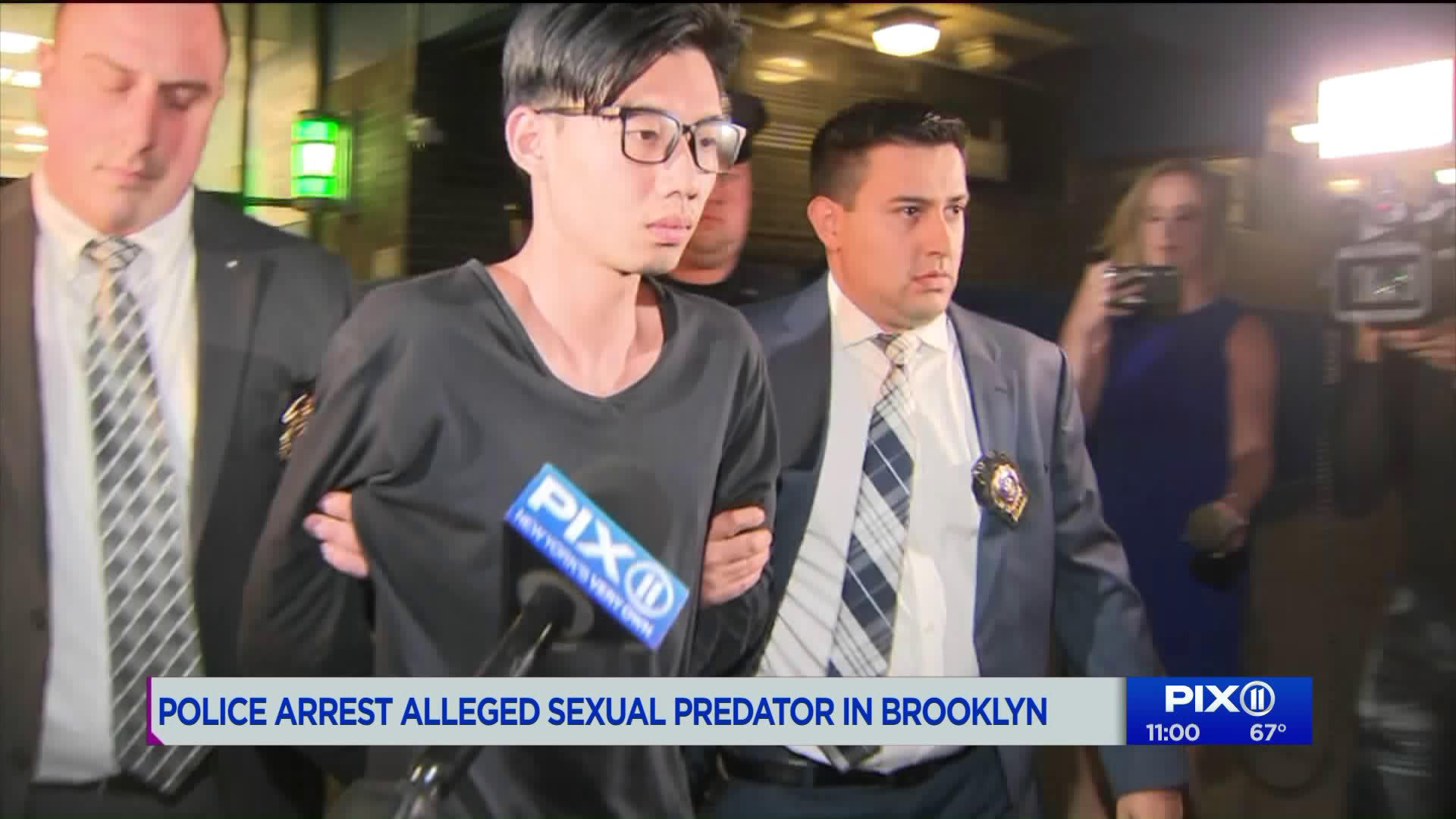 Police arrested 22-year-old Jianxing Cai on Wednesday, May 22, for allegedly exposing himself to two young boys in Bay Ridge, Brooklyn, earlier in May, according to officials. Cai was hit with charges of acting in a manner injurious to children under 17, lewdness, and exposure of a person.

BAY RIDGE, Brooklyn — An accused sexual predator is behind bars Wednesday night after he allegedly exposed himself to children in Brooklyn.

It didn't take police long to track Jianxing Cai, 22, down. He allegedly showed his genitals to an 8-year-old boy and an 11-year-old boy on Friday afternoon at the intersection of Vista Place and 68th Street. Cai was charged Wednesday with lewdness, acting in a manner injurious to a child and exposure of a person.

Surveillance video captured the alleged sexual predator walking away after the lewd act. Posters with his face were plastered all over in the Bay Ridge neighborhood, allowing cops to zero in on him.

People in the quiet neighborhood say they are relieved to hear about the arrest.

Neither of the children were physically harmed.