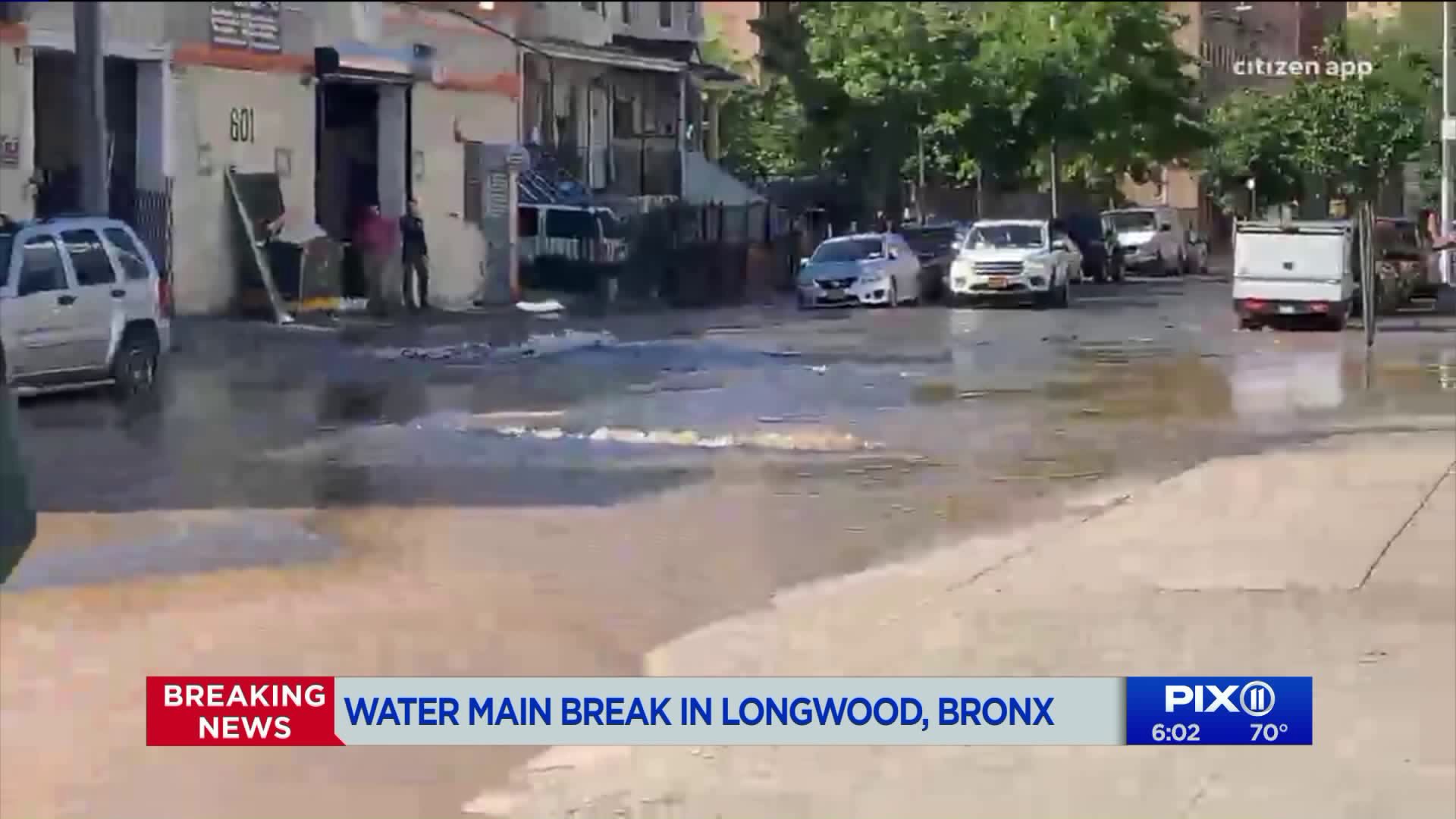 Emergency workers are on the scene after a water main break near East 150th Street and Wales Avenue in the Longwood section of the Bronx. The water main break caused street flooding and road closures Tuesday afternoon, and potentially caused part of a street to cave in the FDNY said.

LONGWOOD, the Bronx — Emergency workers were on the scene Tuesday afternoon after a Bronx water main suffered a major break, the FDNY said.

According to authorities, the water main break occurred around 4:30 p.m. Tuesday near East 150th Street and Wales Avenue in the Longwood section of the Bronx. Drivers were told to expect road closures in the area.

The flooding was so intense that the FDNY said a part of a street in the area was possibly undermined, or caved in.

Authorities were checking the basements of area buildings for flooding and damage, the FDNY said.

According to a report on Citizen App, DEP was on the scene to shut off the water.