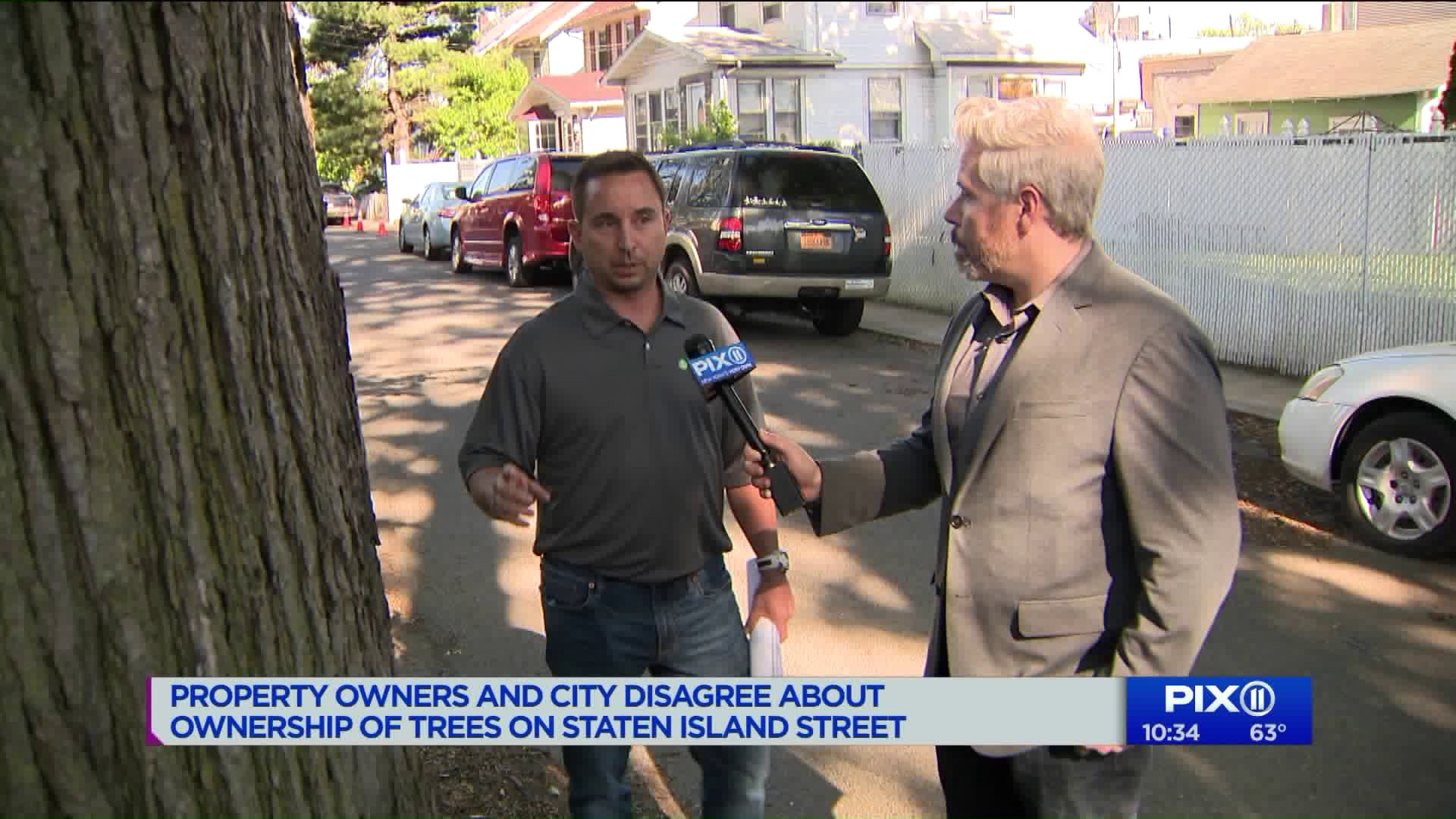 Three trees off Taylor Street on the north shore of Staten Island are growing into a controversy.

Three trees off Taylor Street on the North Shore of Staten Island are growing into a controversy.

An abandoned house was recently demolished and the property owner has new plans for the corner lot.

Frank Martarella with thinkDESIGN Architecture is working on the new multi-family, residential building on the property. Zoning regulates the number of off-street parking spaces and the placement of driveways and curbs.

"Based on numerous regulations required for curb-cut locations, we are forced to remove several trees," Martarella said.

"Nobody is against trees. We have been planting within the property, at the street and the curb, for decades. We understand the importance," Martarella said.

Some Staten Island property owners have filed a lawsuit to challenge the NYC Parks Department process.

Attorney Robert Fishler represents some of the owners and developers and calls it a case of property rights.

The NYC Parks Department believes it has authority over all trees growing in the public right of-way and on land otherwise under the department's jurisdiction.

"Trees are very valuable in our urban environment and are an important part of our city infrastructure, just like street lights and stop signs. When determining the replacement costs of our trees, we take size, lifespan and overall health of a tree into consideration," a statement emailed to PIX11 News from the department's press office said.