One dead, one injured in Queens motorcycle accident 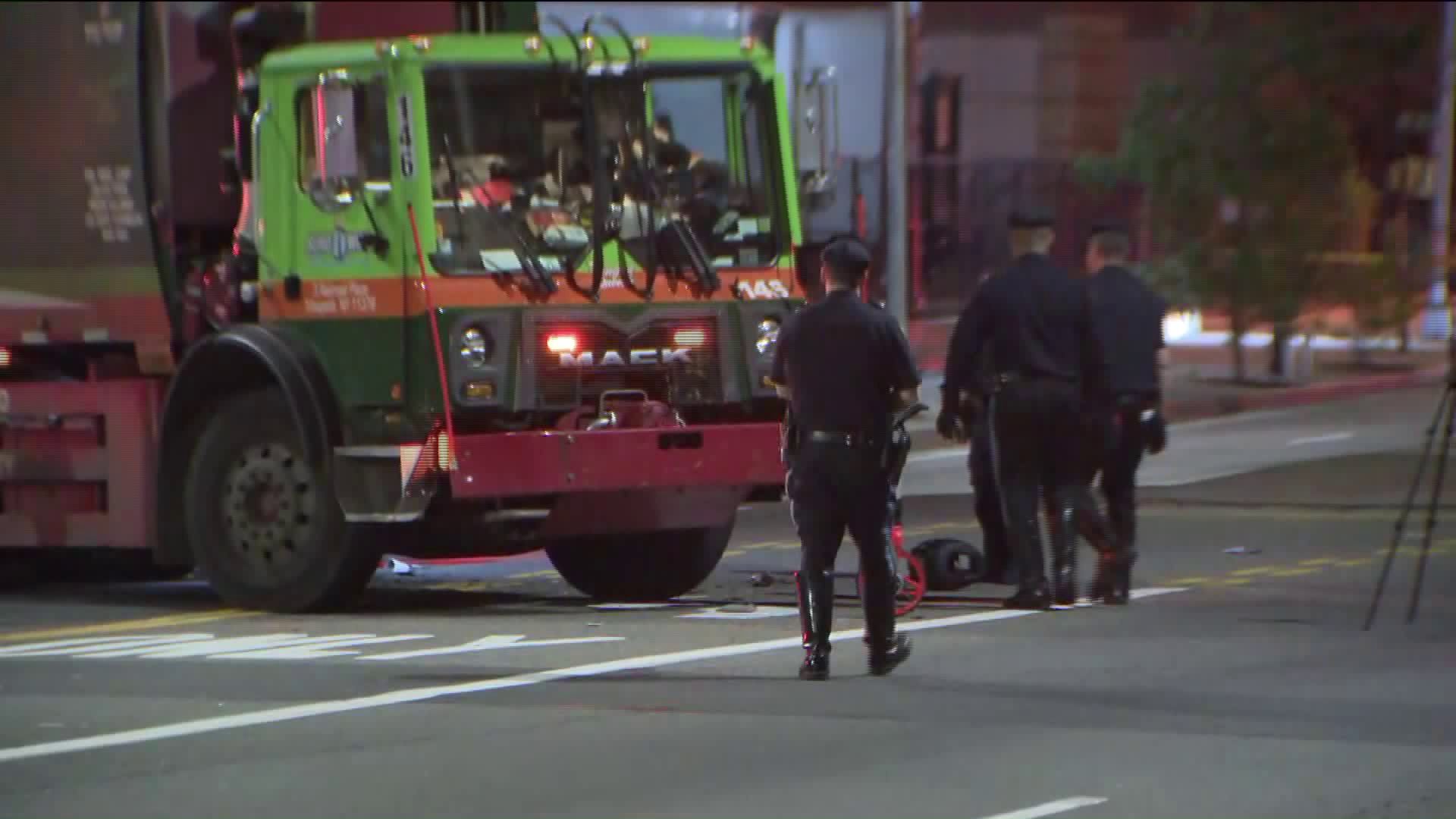 At least one man and another is injured after a motorcycle struck a private sanitation truck in Queens, police said.

JAMAICA, QUEENS — At least one man and another is injured after a motorcycle struck a private sanitation truck in Queens, police said.

The accident happened Tuesday night, as a 23-year-old man and a 30-year-old man were riding a 1986 Honda motorcycle together at a high rate of speed going westbound on Liberty Avenue toward 157th Street, according to authorities. The motorcycle struck a private sanitation truck as it was backing up in the vicinity of the location.

Police say both men were ejected from the motorcycle, sustaining severe body trauma. EMS took the men to Jamaica Hospital, where the 30-year-old was pronounced deceased. His identity is pending proper family notification. The 23-year-old male is still there and listed in stable condition.

Officials said the sanitation vehicle remained at the scene, its operator was not hurt.

The NYPD Highway District's Collision Investigation Squad is conducting an investigation into the accident.