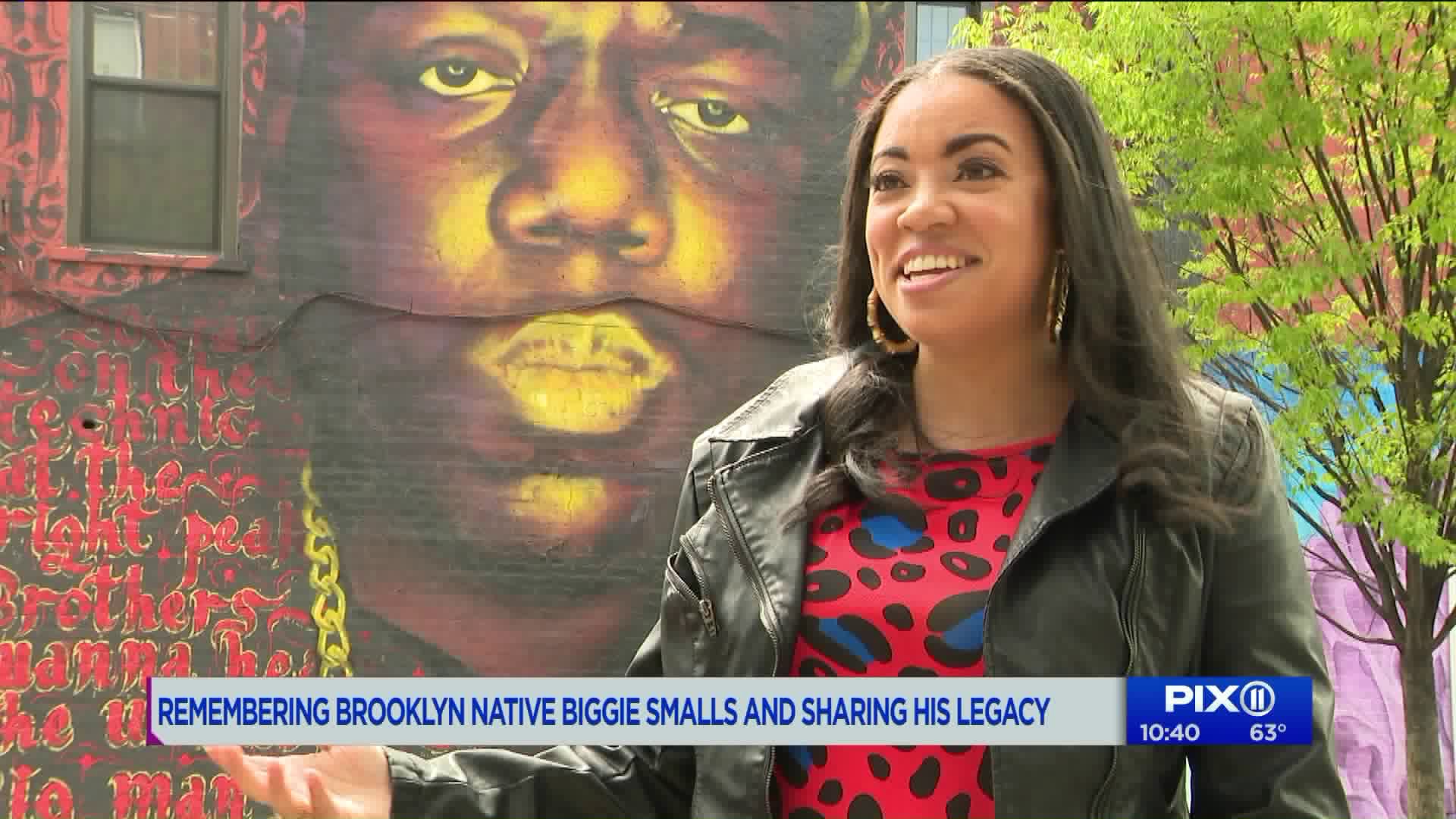 BROOKLYN — The Notorious B.I.G.  is being honored in his hometown in a major way.

Hundreds of fans remembered the Grammy-nominated artist across social media on Tuesday, which would have been his 47th birthday.

Award-winning author, Tiffany D. Jackson, reflects on the rapper's life and career in her new book,  "Let Me Hear a Rhyme." The Brooklyn writer said her motivation behind the book was to "dive into how music, particularly hip-hop culture, sets [the] tone in our community."

Biggie's death shook the nation when he was murdered in Los Angeles on March 9, 1997.

Jackson's passion for music stems from her experience working in the television industry for more than decade at companies such as BET, Roc Nation and Fuse.

Inside her new novel, she reflects on Biggie's legacy while comparing his tragic death to the loss of recent artists, including Rapper and Humanitarian  Nipsey Hussle. The 33-year-old was fatally shot outside his clothing store in Los Angeles on March 31.