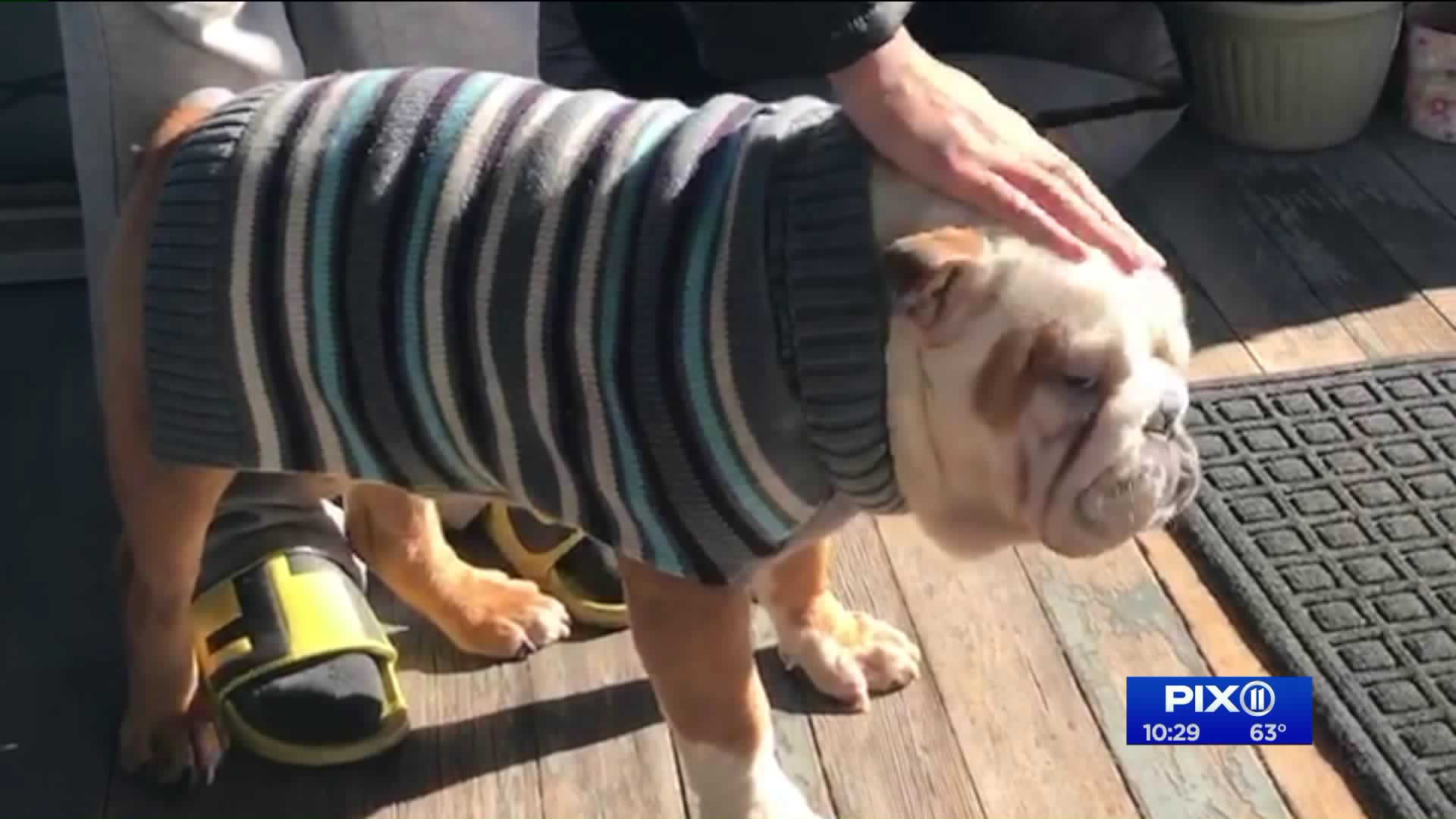 A Yonkers man took his puppy for a grooming; within an hour, his 10-month-old English Bulldog had died. Because no necropsy (animal autopsy) was done, the exact cause of death will never be known.

A Yonkers man took his puppy for a grooming; within an hour, his 10-month-old English Bulldog had died.

Darren Harris, 22, got an emergency call to “come quickly” from the PetSmart in Pelham half an hour after he left Enzo at the salon on Feb. 14. When he and his mother, Tabitha Harris, got there, Enzo had been moved from the grooming Salon to the Banfield Pet Hospital inside the store.

“He had lost so much oxygen he didn’t recognize me," Tabitha Harris said. "He was slowly dying.”

English Bulldogs and other Brachycephalic breeds that have short snouts can have trouble breathing in hot and stressful environments, such as grooming salons.

A PetSmart spokesperson says specialized care is offered for English Bulldogs, French Bulldogs, Pugs, Boxers, Boston Terriers and any dog mixed with one of these breeds

“Training to care of Brachycephalic breeds is mandatory for all associates who work in the salon," the spokesperson said.

Despite those precautions, Darren and Tabitha Harris say they found Enzo fighting for his life. PetSmart say its investigation found the groomer involved “acted appropriately and, with Enzo’s care in mind, recognized signs of stress, stopped all services and immediately took Enzo to the veterinarian.”

“Enzo was running back and forth because he was in such a panic because his throat was closing up on him," Tabitha Harris said. “I don’t know how well equipped they are to deal with English Bulldogs."

She said no one seemed to know what to do.

"And these were moments that were going by that we could have saved him," she said.

Enzo died in the Pet Hospital.

“He was the sweetest dog ever. And to watch him take his last breath…and we trusted these people," Harris said.

Because no necropsy (animal autopsy) was done, the exact cause of death will never be known.

However, following the death, PetSmart was given access Enzo’s medical records. Veterinarian Dr. Richard Jakimer, the owner of Manor Veterinary Clinic in Pelham, NY. had diagnosed Enzo had a kidney disease. After seeing that, PetSmart said “Enzo’s documented medical history and pre-existing kidney disease…confirm Enzo was in failing health prior to the groom.”

But Dr. Jakimer strongly disagrees. He says while the kidney disease might limit Enzo’s lifespan, the disease was being well managed with diet and medication.

“Kidney failure usually takes a long time," Dr. Jakimer said. "There are signs of illness. The dogs won’t walk, doesn’t want to eat, will vomit. Enzo was not exhibiting any of those signs. Kidney disease, especially in the state Enzo was in, would not lead to an acute death. It was pretty much incidental at the time.”

Darren and Tabitha Harris say they never would have taken Enzo the PetSmart salon if they had known about the investigative report published last year titled “Groomed, then gone.” The NJ.com article says, according to owners’ reports, 47 dogs in 14 states died during or shortly after being groomed at PetSmart stores.

“We are not aware of, nor did NJ Advance Media put forth, any evidence suggesting the PetSmart services caused the deaths," a PetSmart spokesperson said.

If you’ve got a story for me, send an email to whatshame@pix11.com .