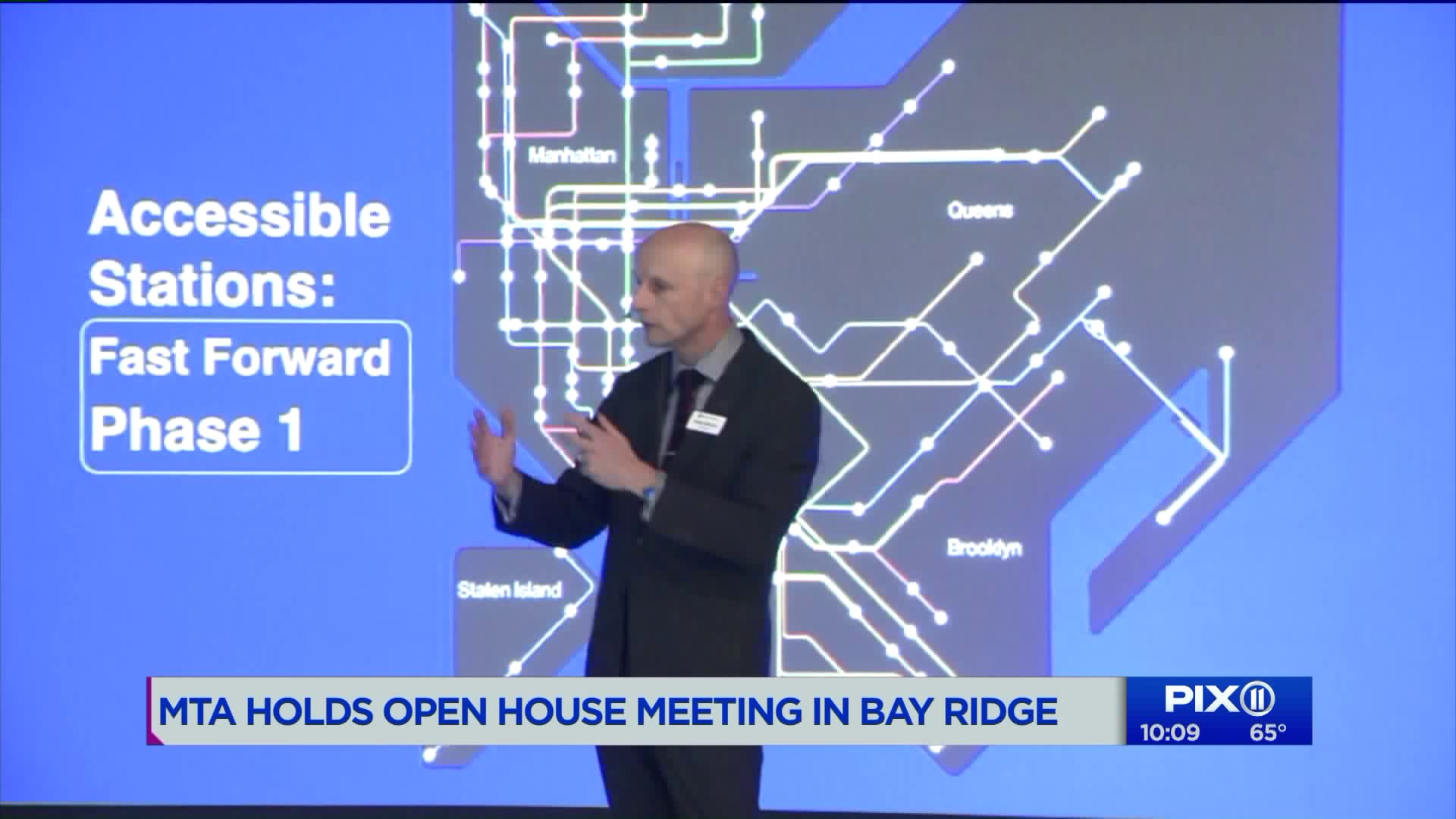 R train riders sounded off about their commutes to MTA President Andy Byford on Tuesday night. Beleaguered R train riders are fed up. The R runs local and is the primary line through Bay Ridge.

Beleaguered R train riders are fed up. The R runs local and is the primary line through Bay Ridge.

“It’s horrible, we see homeless people in it. The trains are even crowded. They run slow,” said Justin Anthony Pineiro. He takes the R train to Whitehall Street every night on his way to work in Staten Island.

MTA head Byford says he took the R train this evening to get to the event held at Our Lady of Angels Auditorium at 74th Street and 5th Avenue.

When he arrived he made a 30-minute presentation and then held a Q&A.

City Coumcilmember Justin Brannan was instrumental in inviting Byford to speak to his constituents. He doesn’t want South Brooklyn to be forgotten.

“The R train has become the punchline to a really bad joke. People are just fed up,” said Brannan. “We are at the end of the line here. People in southern Brooklyn feel ignored when it comes to public transportation and I think Andy does care about fixing this.”

Although this is the first time Byford has held an open house meeting in Bay Ridge, the MTA’s Fast Forward Plan is not new. It’s a 5 to 10 year plan that entails a complete overhaul of the signal system.

“If we did nothing else, we’ve got to re-signal the subway,” Byford told the audience.

“When I became disabled I just had to stop using it because I could not do the stairs anymore and that means the major way I used to get around didn’t exist anymore,” said Bay Ridge resident Jean Ryan. “It’s really tough.”

A judge on Tuesday delayed a ruling on a lawsuit brought against the MTA to require the MTA to install elevators in every station. Transit brass here at the meeting acknowledge that along the R train, there is no elevator accessibility to the platform from the start at 95 Street until Atlantic Ave. That’s 12 stops in between.

“If we get the money, we will get the accessible stations in,” said a hopeful Christopher Greif, with the New York City Transit Riders Council.

Byford asked all straphangers for feedback, patience and support. He says in 10 years time, we will have a whole new subway system.