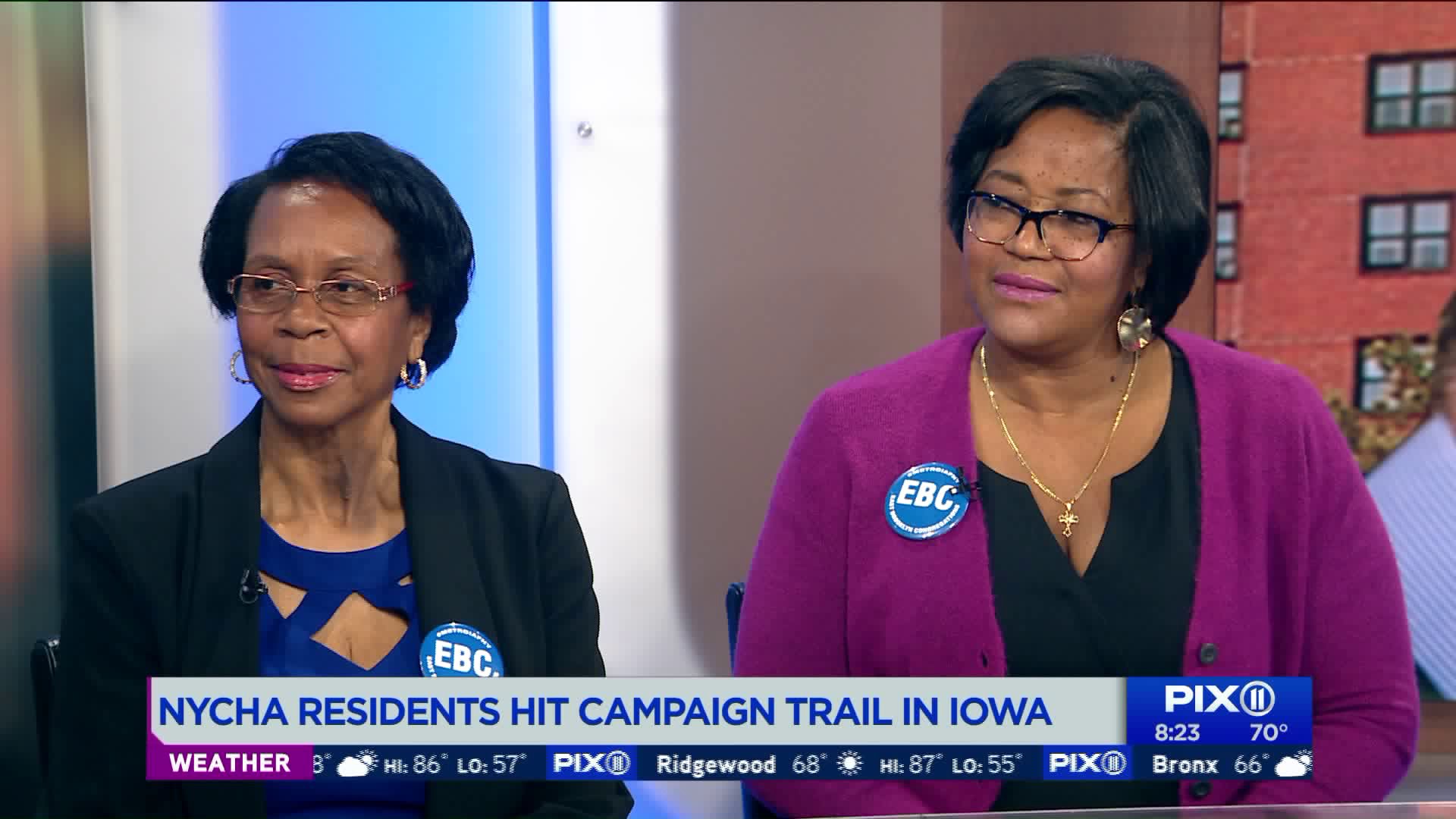 Mayor Bill de Blasio is back in NYC after hitting the campaign trail in Iowa and South Carolina. During his Iowa stop, he was met with two NYCHA residents who demand answers on what he`s doing to improve public housing.

NEW YORK — As New York City Mayor Bill de Blasio took launched his campaign over the weekend, with stops in Iowa and South Carolina, he was met with angry NYCHA residents.

Tita Concepcion and Olivia Wilkins, who are both part of a coalition of housing advocates called the East Brooklyn Congregations, hopped onto a plane and confronted the Mayor during his campaign stop in Iowa.

They demanded answers on what he was going to do to support public housing.

Concepcion and Wilkins stop by PIX11 and tell us what de Blasio had to say to them.