Summer-like heat will give way to evening thunderstorms 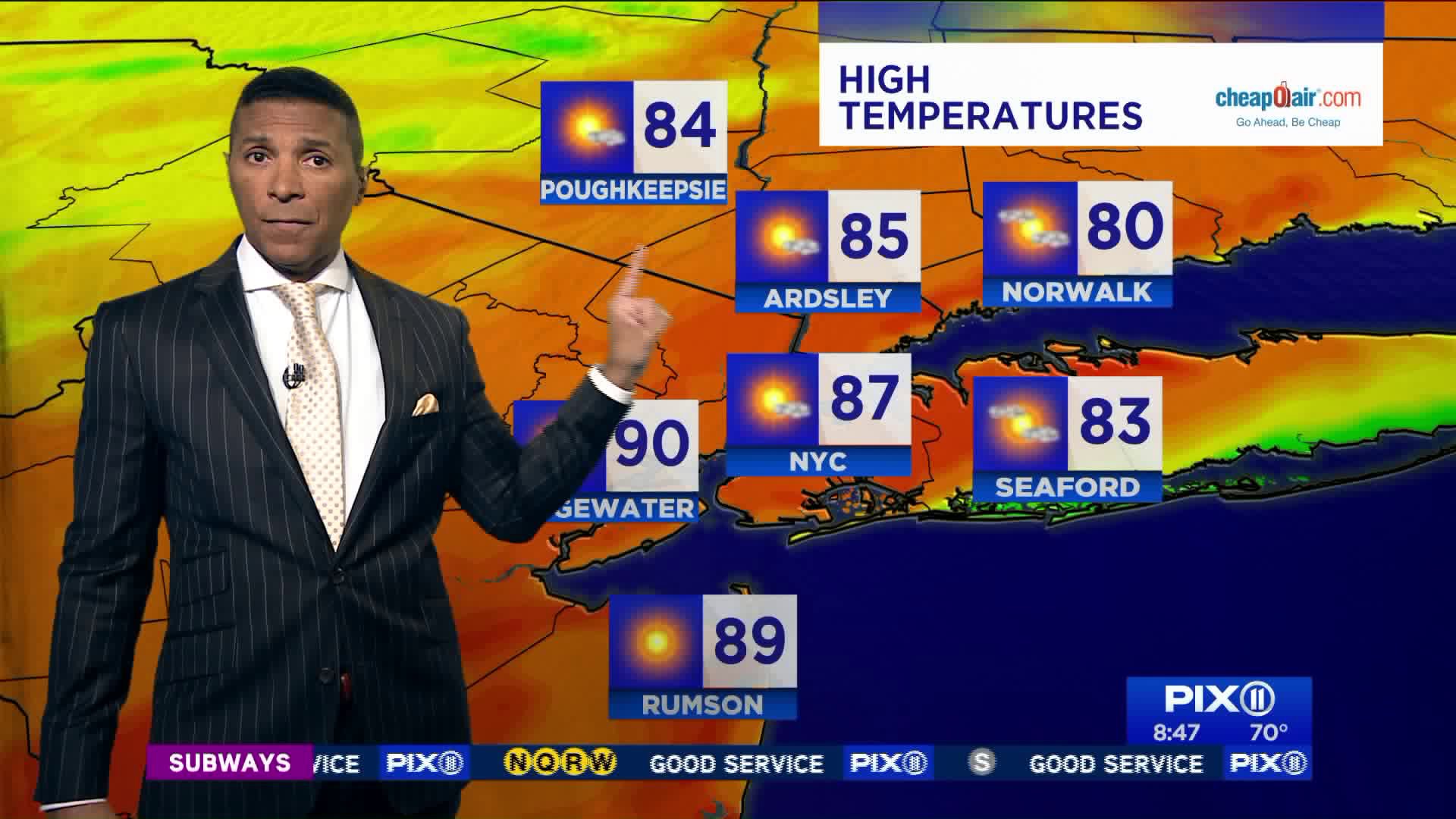 Summer, is that you? We`re getting a taste of summer weather as we see highs in the 80s! But keep the umbrellas handy we`ll see some thunderstorms headed our way.

NEW YORK — Enjoy the warm and sunny weather while you can. Monday's summer-like heat, with temperatures rising into the 80s, won't last for long as the evening calls for likely scattered thunderstorms.

Expect scattered thunderstorms to develop during the afternoon and evening, according to the National Weather Service. A chance of stronger storms could produce large hail and damaging winds. Heavy rain will also be possible, which can result in flooding.

Temperatures will feel more like summer with a high of 85 in the city, mid 80s in the suburbs.

By the evening, it will be cloudy with rain and thunderstorms early, followed by gradual clearing toward morning.  The low temperature will be 56 in the city, mid 50s in the suburbs.

Sunny skies return Tuesday with an added bonus of less humidity, as high pressure will bring drier air from Canada into the region.  The high temperature will be 72 in the city, low 70s in the suburbs.

Wednesday will continue the trend, as things will be mostly sunny and continued pleasant as high pressure will remain in control of the weather for the area.  The high temperature will be 73 in the city, mid 70s in the suburbs.

Thursday will be sunny early, followed by increasing clouds in the afternoon, as a front will work its way into the area from the west.  The high temperature will be 76 in the city, mid 70s in the suburbs.

The clouds finally return Friday with scattered showers and thunderstorms, as a cold front will move through the region.  Temperatures will still be comfortable with highs in the mid-70s for much of the area.