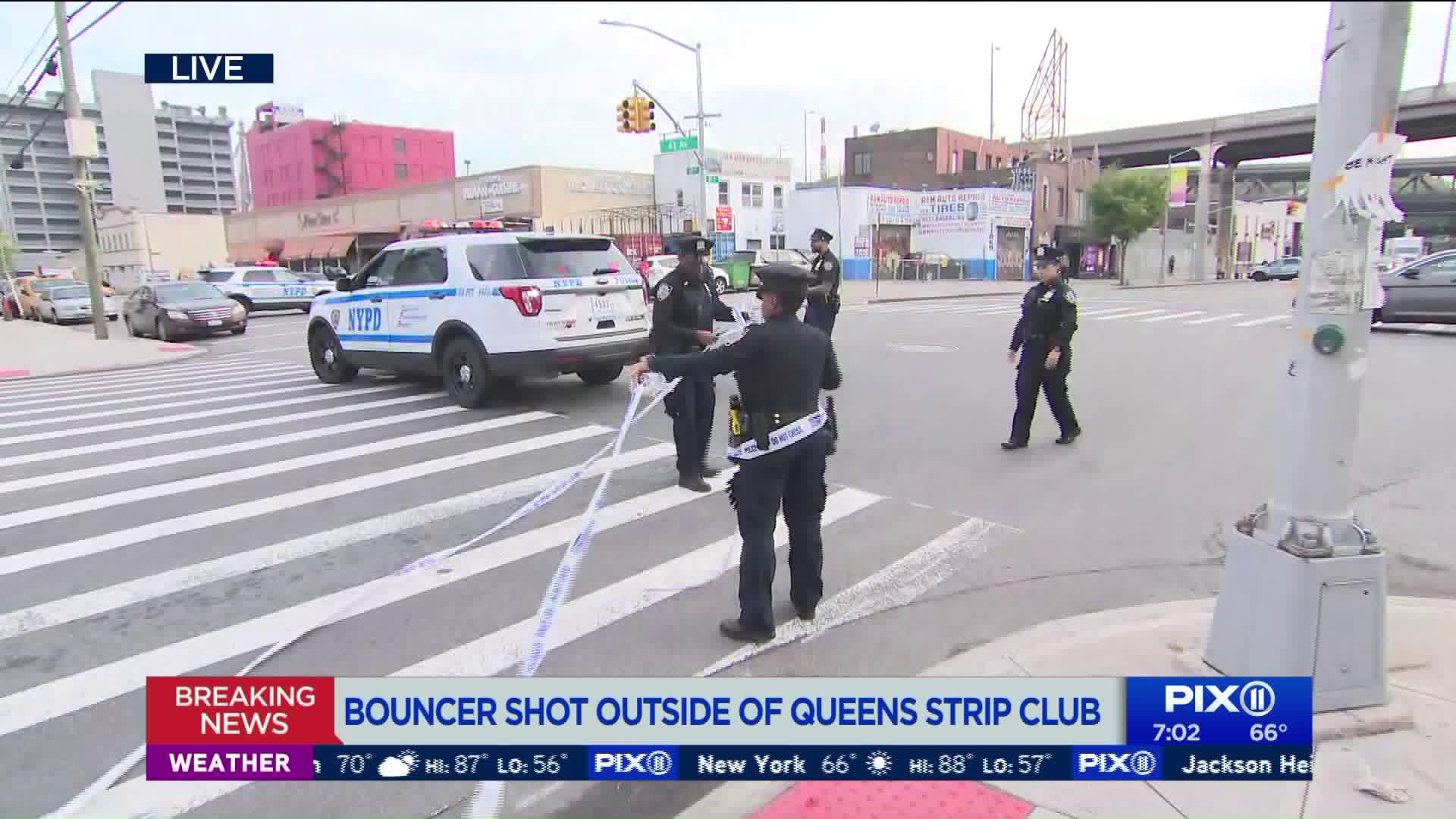 It happened outside the Show Palace Gentlemen’s Club in Long Island City around 5 a.m., police said.

Police said a man opened fire and shot the 42-year-old bouncer in the leg and shoulder, police said.

He was taken to the hospital with non-life-threatening injuries, cops said.

The circumstances leading up to the shooting were not immediately known.

In December of 2017, Queens City Councilman Jimmy Van Bramer called for the closure of the strip club, stating that there is "no place for gun violence, liquor offenses, or prostitution charges" in Long Island City.