SEE IT: SUV crashes into parked cars in Manhattan 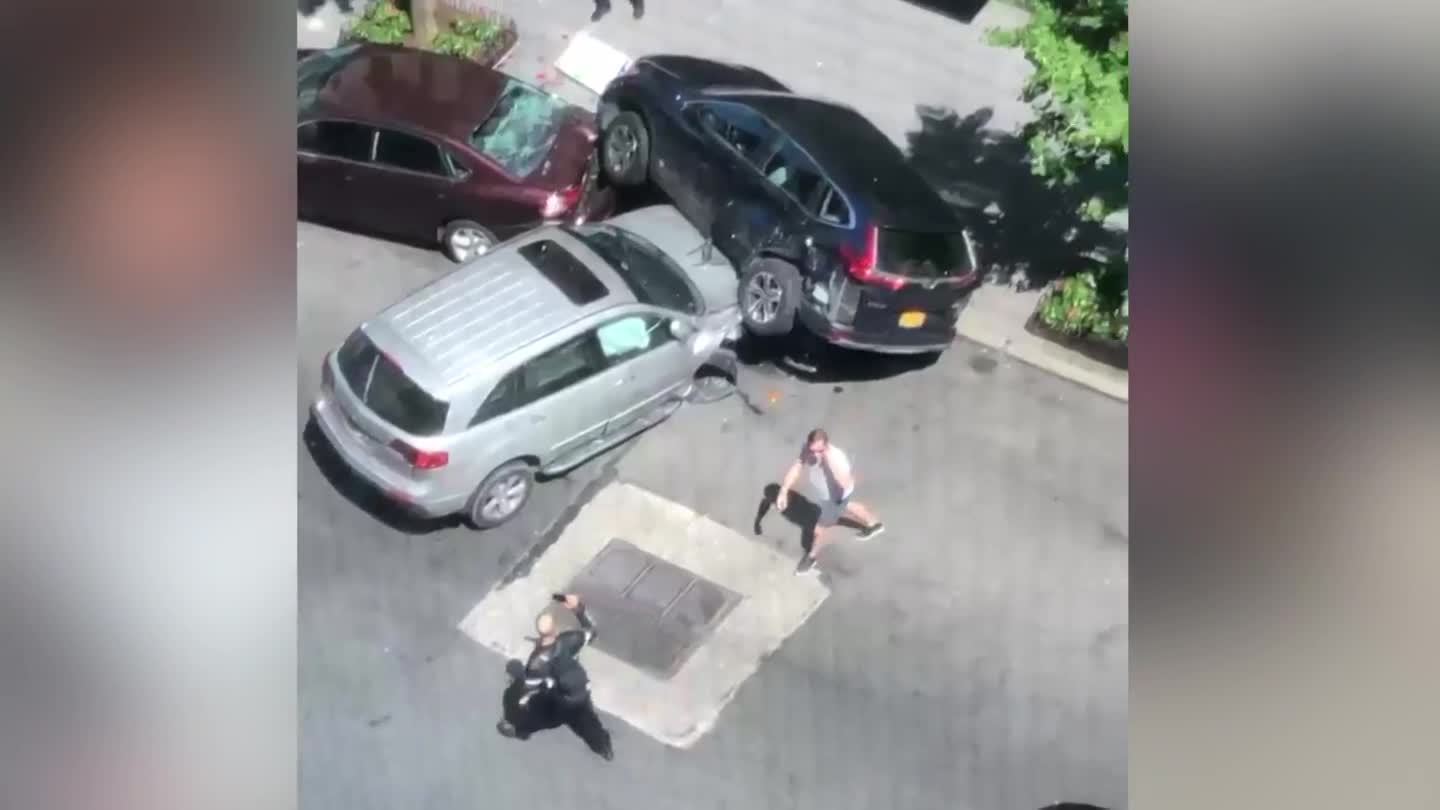 Police said an elderly man lost control of his vehicle when he crashed into two unoccupied parked cars on the Upper East Side.

UPPER EAST SIDE, Manhattan— Authorities are investigating a crash that left a car pinned beneath a vehicle on the Upper East Side, police said Sunday.

Police responded to 1204 Madison Ave. shortly before 2:50 p.m. for a call of a multi-vehicle accident.

They arrived to find three cars with heavy damage, with one car pinned beneath another.

Dozens of onlookers could be seen in a citizen video surrounding the bazaar scene.

A preliminary investigation determined that an elderly man lost control of his vehicle, and crashed into two cars near a storefronts and busy sidewalk.

Both cars were unoccupied at the time of the crash, police said.

The driver refused medical attention, according to police.

No other injuries were reported.