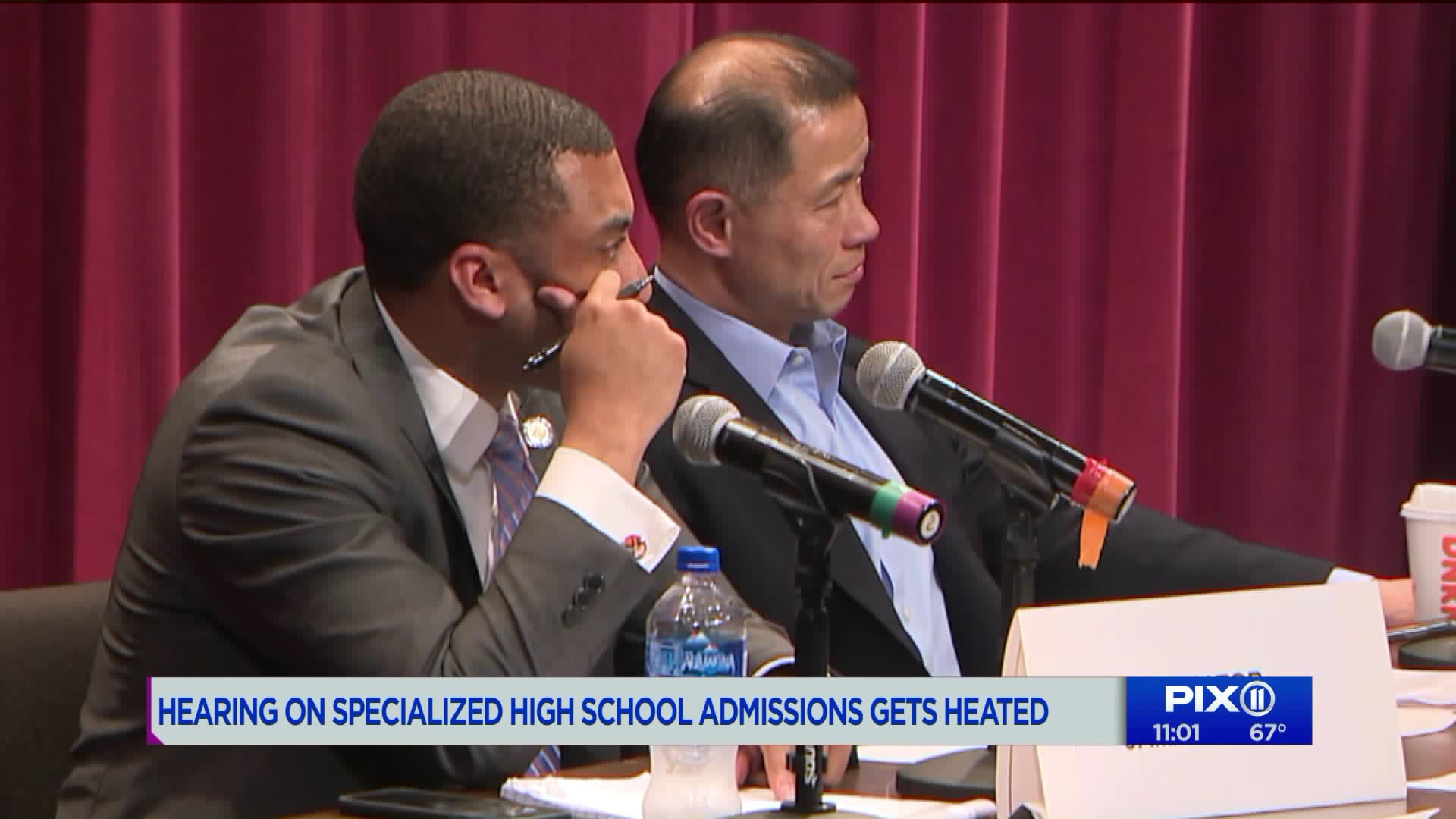 State lawmakers are holding a series of forums this month, weighing in on the specialized high school entrance exams. One meeting Friday night at Lehman College in the Bronx got heated, as those for keeping the tests sounded off, not mincing words.

State lawmakers are holding a series of forums this month.

Friday night’s forum was at Lehman College in the Bronx for keeping the SHSAT sounded off and fighting to keep the test.

Speaking to an audience were state senators Jamaal Bailey and John Liu. One by one, the speakers tonight urged the state not to eliminate standardized testing for the city’s most prestigious high schools.

“It’s a scapegoat used by de Blasio and Carranza,” said David Rem. “Getting rid of the test is not a solution to the problem.”

The ongoing fight over the specialized high schools admissions test has gotten contentious. A good score on the exam is the only factor in deciding whether or not a student gets admitted into one of the eight top public high schools.

Those who want to scrap the test say it’s biased against black and Latino students.

Out of 895 students admitted to Stuyvesant for next fall, just seven are African-American and 33 are Latino. One of them — David Rem’s daughter.

“My daughters been studying for the last 10 years,” said Rem.

“She deserves to go to the school. One student’s skin color should not be pitted against another.”

For Stuyvesant, Bronx Science and Brooklyn Tech, only the state legislature can get rid of the exam. The other five are controlled by the city. Much of the criticism has been directed at the mayor and the schools chancellor, Richard Carranza, both who are for getting rid of the test.

Others say there needs to be less emphasis on the specialized exam and more of a focus on fixing all of our city schools.

“There’s not going to be a seat for everyone so what do we do for those other kids,” said parent Kim Famous.

“There should be schools that are comparable especially in our own neighborhoods without kids having to travel two hours or three hours a day.”