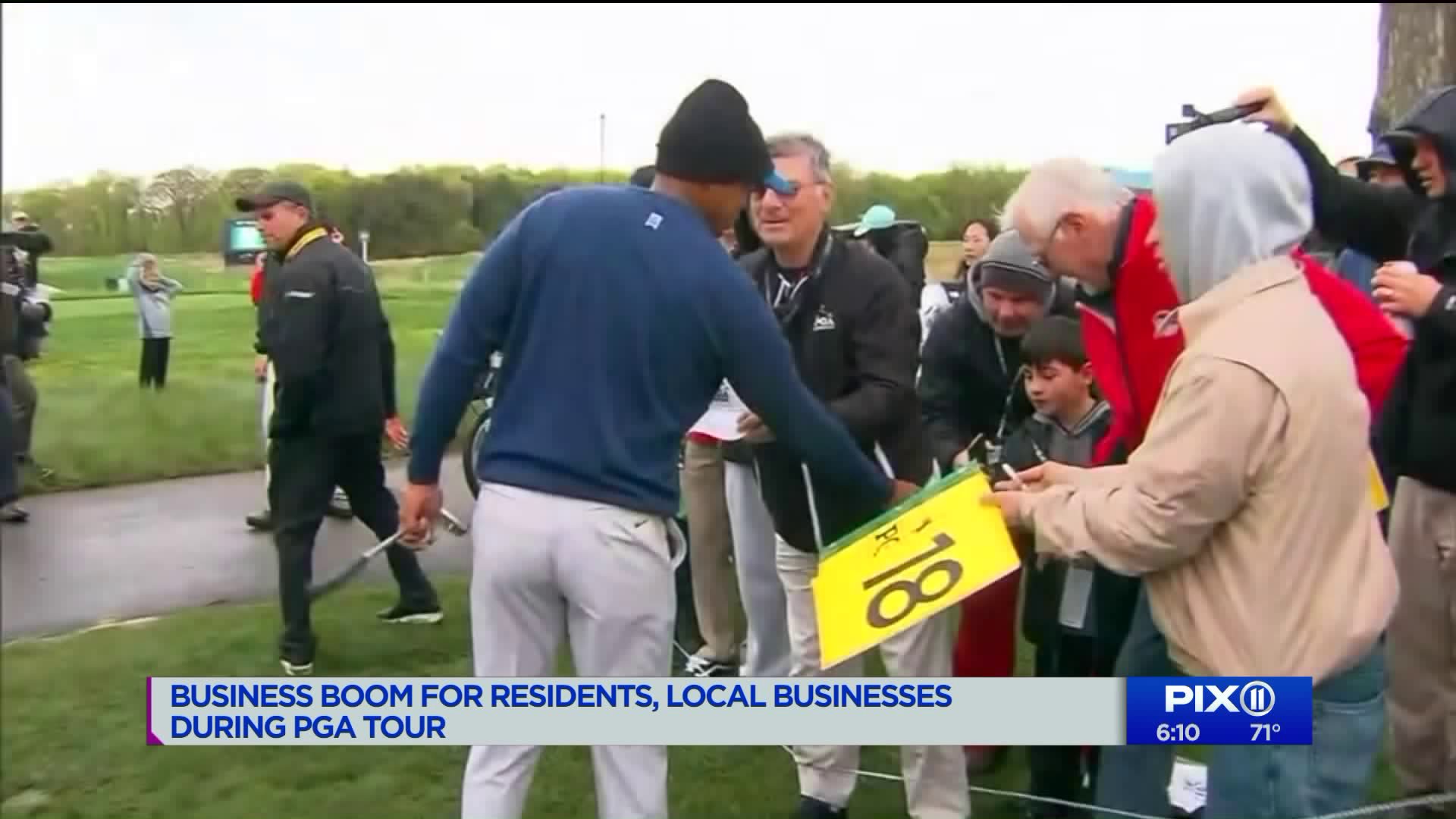 Many Long Island residents are capitalizing on the PGA Tournament taking place in their back yard of Bethpage State Park, renting out parking spots in their driveways and more. Many local businesses are cashing in on the increased tourism as well.

FARMINGDALE, L.I. — For Spira Kyriacis, living across the street from Bethpage State Park has its perks, especially during this time of year.

The Farmingdale man and many of his neighbors along Quaker Meeting House Road are capitalizing on the PGA Championship being in town, renting out parking spots in their driveway.

“I think I'm being very fair. I compared it to like, parking in the city for the day, and it’s actually cheaper,” Kyriacis, who is charging $50 to park the day, told PIX11.

50 bucks followed by a short walk to the course was pretty much the case around town.

“I’d rather this walk than take a bus or something,” said one ticket holder who opted out of the shuttle service that was transporting visitors from Jones Beach.

The $50 driveway parking was especially alluring considering those who dare park on the street near the course face a $250 fine.

From parking to room-and-board, local residents are making the most of PGA week.

Some Airbnb's were charging as much as $1200 a night for spectators looking to settle in for the tournament.

Over at 3 Brothers Brick Oven Pizza, orders were streaming in during the day while the restaurant was getting slammed with guests at night when the tournament wraps for the day.

According to the state of New York, each year the PGA Tour brings 200,000 spectators from all over to Nassau County and with that comes an estimated revenue of $120 million, not to mention 1,100 jobs generated from the event.

Despite the congestion and road closures neighborhoods are subjected to, the silver lining isn’t lost on residents like Kyriacis.

Just don’t abandon your car in his driveway without paying the fee, like one driver did Thursday morning.

“I'm not mean. I could have him towed, but I’m just gonna wait on him and ask him to make good on it," he said.