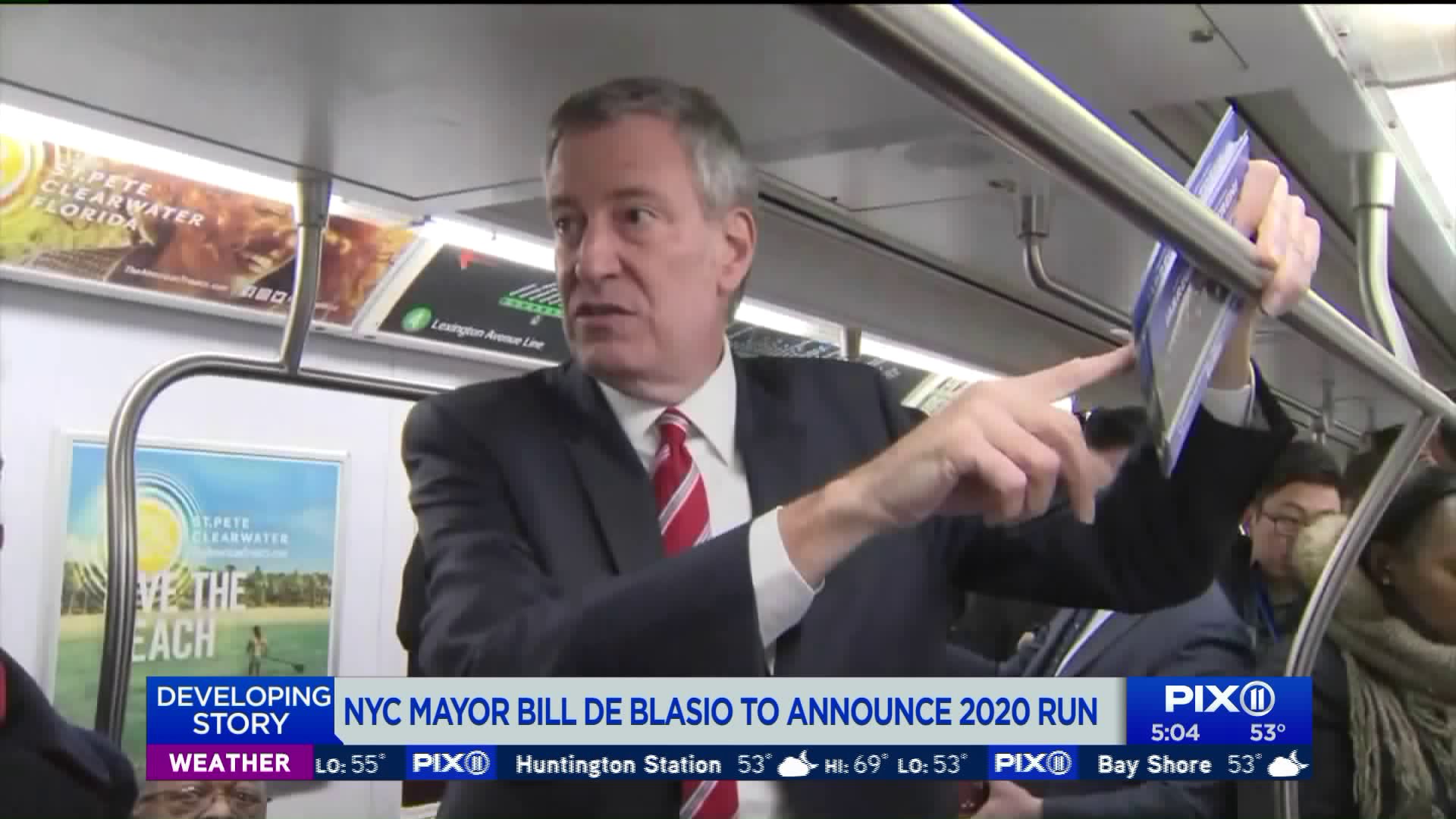 NYC Mayor Bill de Blasio is expected to announce his 2020 presidential bid. New Yorkers are reacting and so is the president`s son.

Bill de Blasio is the latest democrat expected to join an incredibly crowded field of contenders to take on Donald Trump in 2020.

While the mayor’s campaign is expected to begin Thursday morning, he’s been running against President Trump since he took over.

Earlier this week, de Blasio staged a climate protest at Trump Tower and was met with hecklers trying to drown out his obvious presidential ambition.

The mayor believes his progressive agenda in New York will resonate with American voters.

“Just like we’ve seen cities all over America pick up on our Pre-K plan, or Vision Zero, or our affordable housing plan. We are showing that you can make real, progressive chang,” he said.

But last week on the PIX11 Morning News, the city's first lady laughed at the prospect of being the nation's first lady.

“Wherever I go, whatever I do it’s going to be about mental health,” she said.

However, the mayor may have to look for support outside the city, as a recent poll shows 76% of New Yorkers don’t believe he should run.

“I think he should focus on being the mayor and do a better job," one New York said.

"If he has some ideas, he should go for it," said another.

Trump's son, Donald Trump Jr. also commented on de Blasio's potential run for President, posting a video of trash and bags outside of Central Park, calling on him to "clean up his backyard first."

Rather than do a PR stunt “run” for President (we all know it’s going nowhere) maybe @NYCMayor should clean up his backyard first. This video from this morning should tell you all you need to know about his “leadership.” What a clown show!!! pic.twitter.com/E9kTUQXfTR