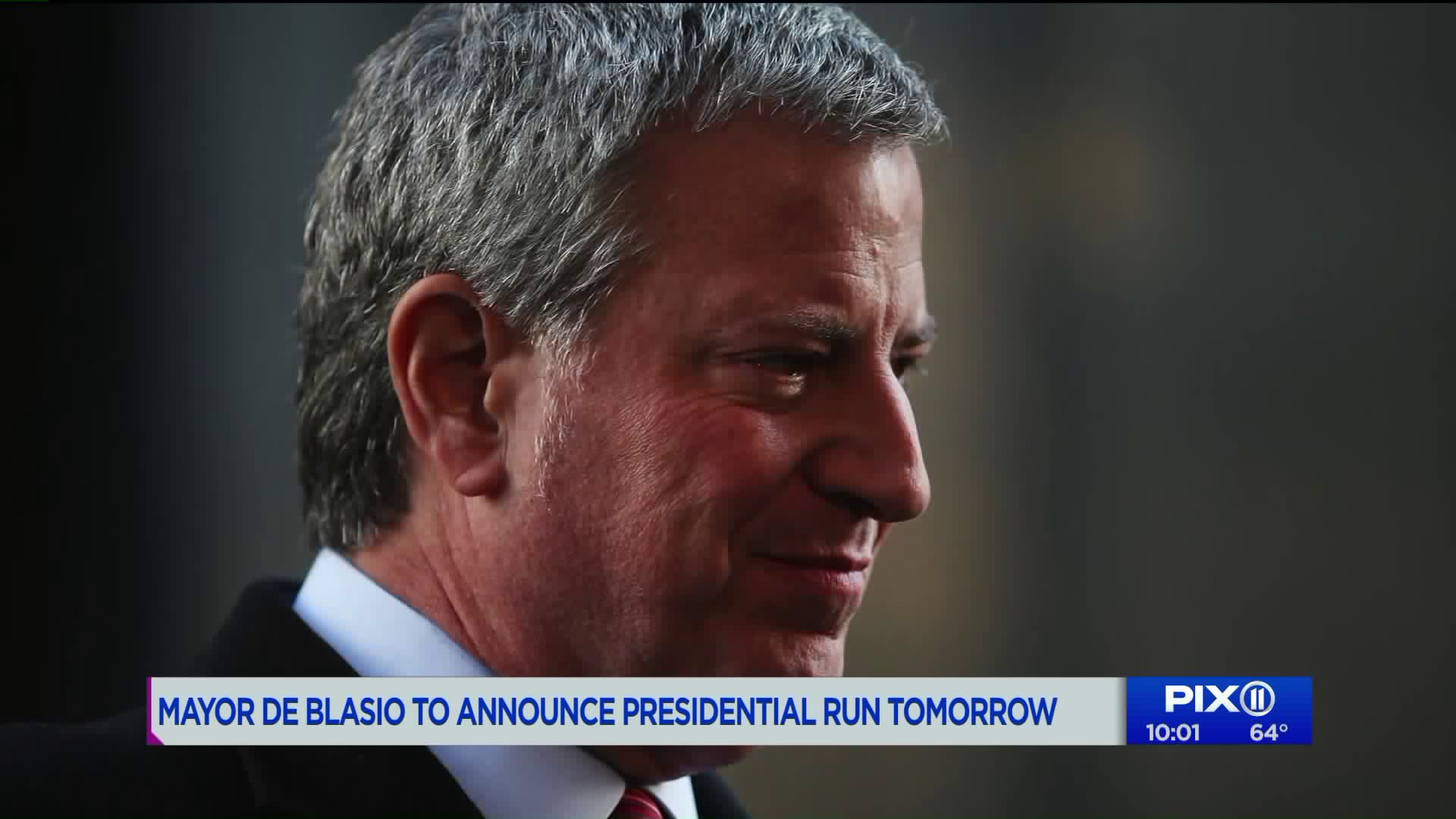 De Blasio's Thursday entrance into the race, which was first reported by NBC News, will bring the total number of candidates to 23 with nearly nine months before the first votes are cast.

De Blasio will head out on the trail almost immediately following an appearance on ABC's Good Morning America, traveling to Iowa and South Carolina on his early itinerary. The two-term mayor, who in 2017 became the first Democrat re-elected to his office in more than three decades, joins the race after months of deliberations and a handful of visits to early states like Iowa and New Hampshire.

Even before he made his plans official, de Blasio has come under fire -- and some mockery -- from the city's unrelenting press corps, a group he's clashed with repeatedly over the years and which openly delights in the mayor's every misstep or misfortune. Still, his national profile is less defined, and de Blasio, as he introduces himself to Democrats outside New York, is expected to sell a record of progressive policy wins -- bolstered by a racially diverse coalition of support -- in a city with more residents than the home states of some of his rivals.

"I think Bill de Blasio has a toxic relationship with the press corps that covers him. It goes both ways," former aide Rebecca Katz, who is not involved in his new campaign, told CNN. "And that's going to make it very hard for this run because wherever he will be, whatever small town in Iowa or New Hampshire, he will have NY1 and the New York Post front and center. Whether he likes it or not."

The Post has already been alongside the mayor during some early test runs. When he got caught in an Iowa snowstorm, it crowed over his decision -- reportedly unsuccessful -- to drive through the blizzard. When he was forced to stopover at a motel, the tabloid gleefully reported that, "instead of enjoying some of the Hawkeye State's award-winning barbecue or succulent steaks, he had to make do with a microwaved burrito."

But the press hasn't been all bad -- even when it's been critical.

De Blasio's climate protest this week outside Trump Tower, which had to be moved inside Trump Tower because of the weather, set off a Twitter clash with President Donald Trump's son, Eric. Their back-and-forth led Fox News host and Trump super-ally Sean Hannity to name de Blasio his "Villain of the Day" -- a designation most Democratic primary candidates would gladly wear.

De Blasio's candidacy begins now in earnest now, but he has been running against Trump and national Republicans for some time. At his November 2017 re-election party in Brooklyn, he said the city had "sent a message: You can't take on New York values and win, Mr. President. If you turn against the values of your hometown, your hometown will fight back."

When the Alabama state legislature passed its near total abortion ban this week, he called it "vile and illegal" in a tweet and then urged the state's Republican governor, Kay Ivey, to come down "on the right side of history" and veto the bill.

De Blasio's status at home has taken a hit as he ventured more openly into national politics. The popular policies -- like universal pre-K and raising the minimum wage -- have mostly disappeared from the headlines, which have focused on speculation over potential fundraising scandals and stories about the mayor's commuting habits.

The murder rate in New York City is low and declined again last year, but economic inequality -- the focus of de Blasio's first campaign -- remains a problem, as does the public housing authority, which has left many tenants living in squalor. De Blasio's constant feuding with New York Gov. Andrew Cuomo, most visibly over the city's troubled subway system, which is run by the state, also means he won't enter this primary with much support from statewide leaders.

Still, predictions of de Blasio's imminent unraveling should be tempered -- as history suggests.

"There was no one who believed Bill de Blasio was going to win (in 2013)," Katz said. "Everyone thought he was crazy. He was in single digits right up until a few months before Election Day and he proved them wrong and then he went ahead and prove the pundits wrong when they said he couldn't get universal Pre-K done -- in this first year."

De Blasio is already facing resistance to his candidacy. Staten Island Councilman Joe Borelli is calling for a petition for the Mayor to resign from City Hall if he’s devoting time to a presidential run.

He's also facing another hurdle to be a part of the first democratic debate next month. The Democratic National Committee says only 20 Candidates will qualify to participate depending on their showing in the polls. Unless de Blasio sees a surge in his popularity, he may not make the cut.