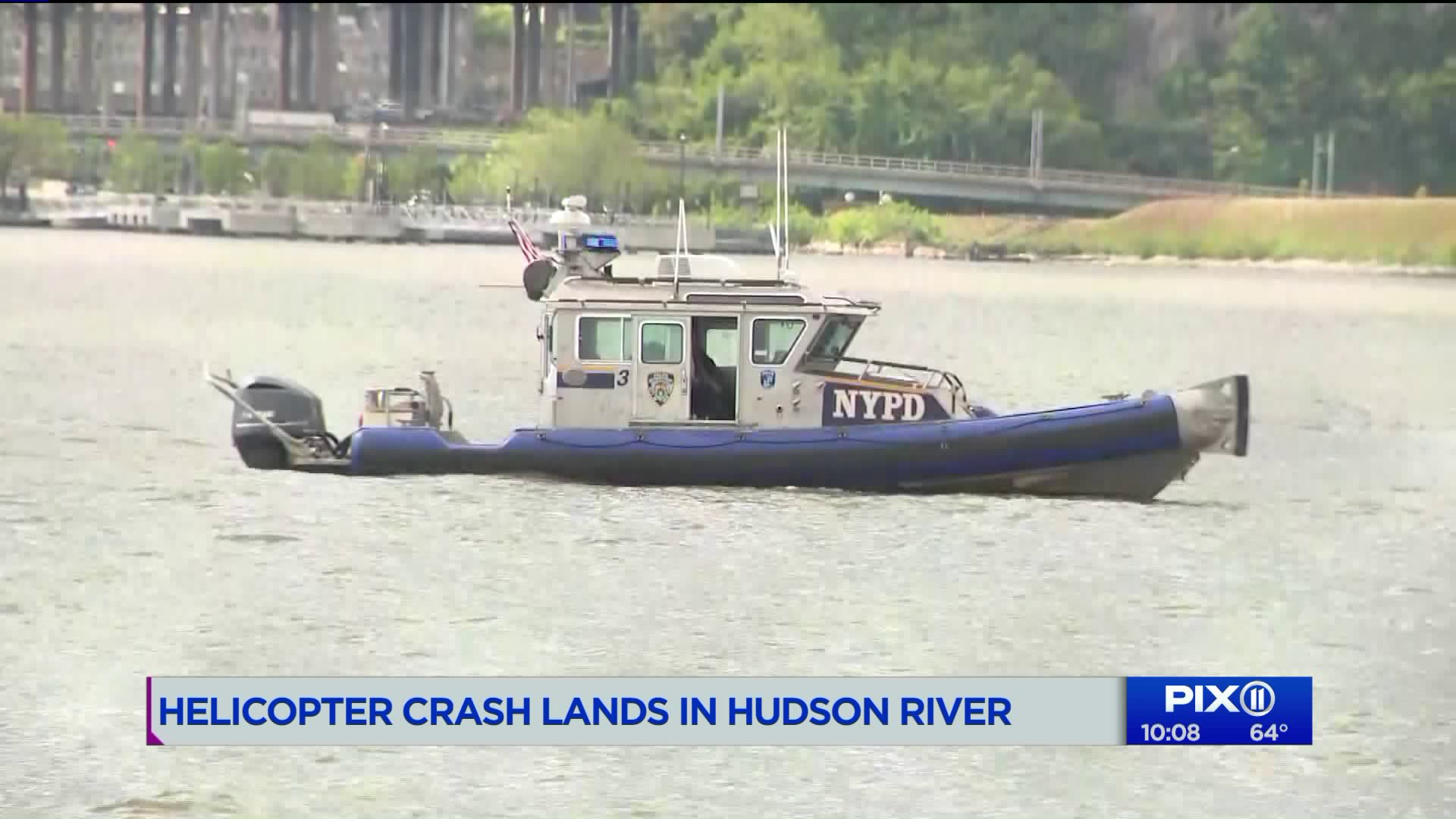 Two were injured in a crash in the Hudson River on Manhattan`s West Side Wednesday.

NEW YORK — Two people were injured when a helicopter attempting to land on Manhattan's West Side Wednesday afternoon fell short of the landing pad at the West 30th Street and Hudson River airfield and crashed into the Hudson River, according to officials.

The pilot, a 34-year-old man, was the only person aboard the chopper and was rescued by a NY Waterways ferry crew.

Capt. Adam Sciaino's ferry was carrying passengers between West 39th Street in Manhattan and 14th Street in Hoboken, New Jersey, when he saw the helicopter go down at about 1:20 p.m. This is Capt. Sciaino’s second rescue in 10 years with the company.

According to FDNY officials, the pilot had just refueled the chopper at the time of the crash. The helicopter was an aviation charter service out of New York and crashed 150 feet from the helipad.

The chopper was mostly beneath the water, but inflatable pontoons kept it from totally sinking.

The pilot suffered a non life-threatening injury to his left hand and is expected to be OK. A dock worker suffered a wrist injury from a fall while trying to evade the debris from the crash. Both refused medical attention, NYPD officials said.

The FAA confirmed that it was a Bell 206 helicopter that crashed with one person on board, and said it was responding to the site.

Video of the crash, recorded by Ashton Byrd, shows the aircraft descending toward the water with its nose down and its rotors moving. The helicopter appears to level out and water sprays as the craft goes down.

The southbound lanes of West Side Highway at 34th Street near Hudson Yards are closed to accommodate emergency vehicles.

A marine crane hauled the helicopter out of the water at about 4 p.m.