Activists, lawmakers call on NYC to directly fund abortions in response to other state bans 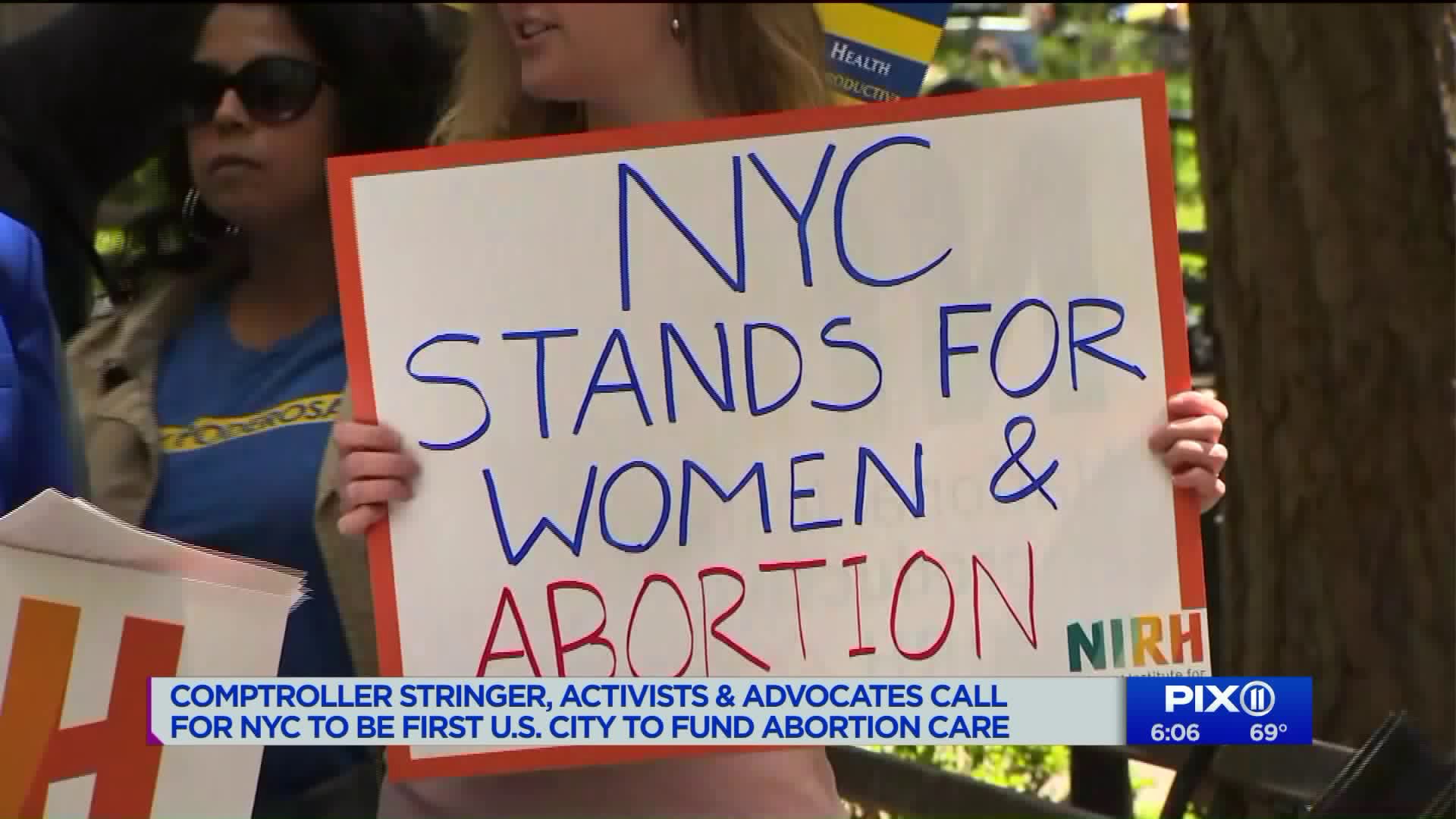 Activists and some lawmakers want the city to directly pay for abortions, not just for local women, but women who travel here from states moving to ban the practice.

NEW YORK -- With some states taking more and more steps to ban and restrict abortion, New York may now do the opposite.

Activists and some lawmakers want the city to directly pay for abortions, not just for local women, but women who travel here from states moving to ban the practice.

“We are calling for New York City to be the first city in the nation to directly fund abortion care,” said Comptroller Scott Stringer at a rally with abortion rights activists and advocates.

They want $250,000 added to the city budget to cover the cost of about 500-600 abortions. The money would go to the New York Abortion Access Fund. The Fund is an all volunteer organization that commonly helps women in the city looking for an abortion, but with no means to pay.

The move comes at a time when New York is possible expecting an influx of women from states like Alabama. That state's just passed, but still unsigned bill, bans all abortions unless the mother’s life is at risk with no other exemptions, not even for rape.

A flurry of other states including Ohio, Georgia, Kentucky, and Mississippi passed “heartbeat bills,” banning abortions after six weeks.