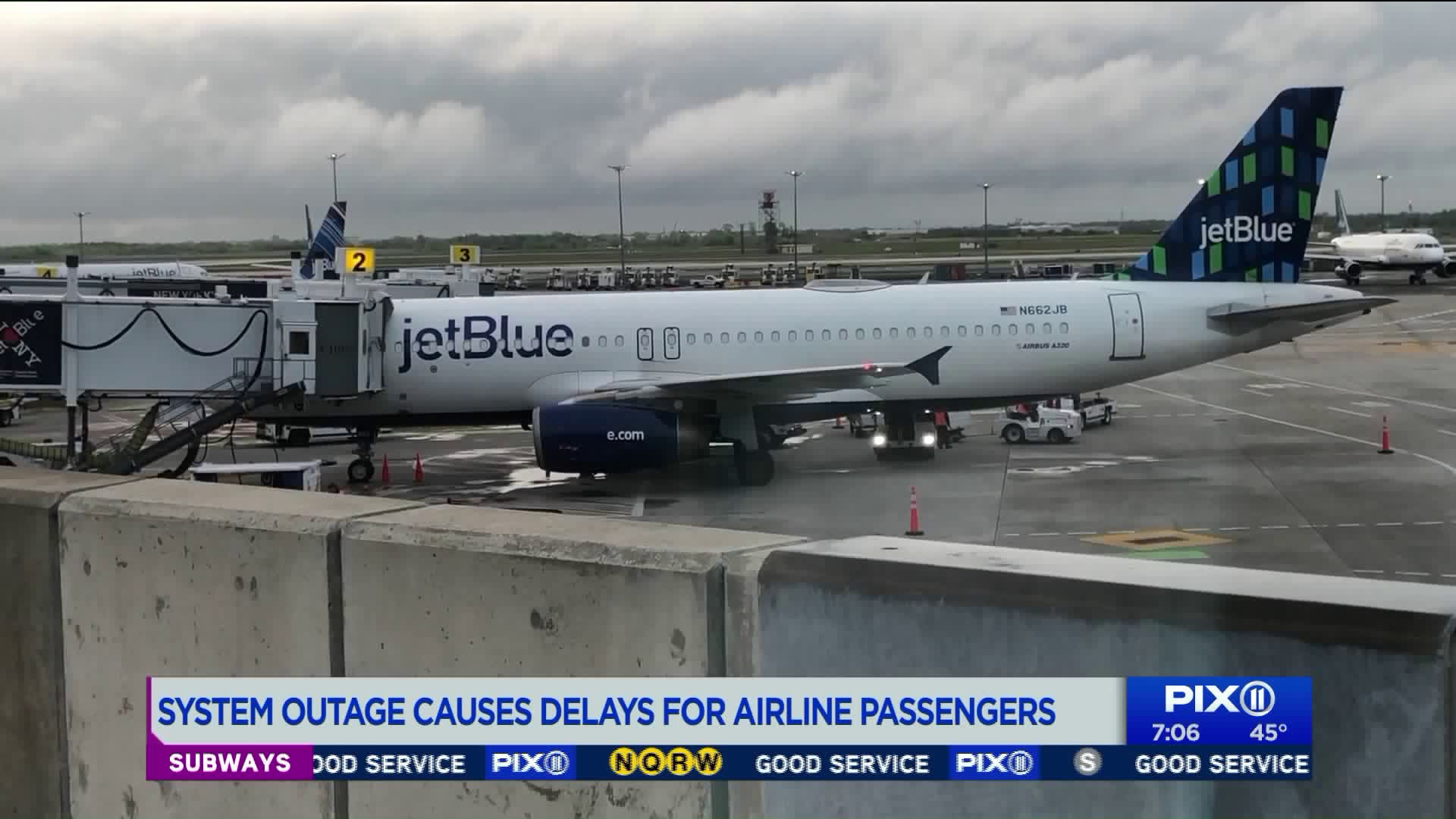 Lines at JetBlue check-in counters were growing Tuesday morning after a global outage of the airline reservation system Sabre, a JetBlue statement said.

NEW YORK — After multiple reports on Twitter of long check-in lines that were seemingly not moving at JetBlue desks at area airports, the airline confirmed that a software outage was to blame for "longer lines," at airports Tuesday morning.

According to a statement from JetBlue: "Systems are recovering after a global Sabre outage impacting multiple airlines. JetBlue customers may experience longer lines in some airports this morning."

Many JetBlue customers attempting to fly out of JFK Airport in Queens and Newark Airport in New Jersey early Tuesday tweeted photos and videos about long lines and self-check-in kiosks seemingly being down.

Hundreds of frustrated passengers unable to check into @JetBlue flights at @JFKairport at 4am because of system failure pic.twitter.com/z6B0sSeqEx

@jetblue what the fuck man!!!!!!!!!!! been sitting here for 2 hours because "systems down". pic.twitter.com/KGBw5gDHbu