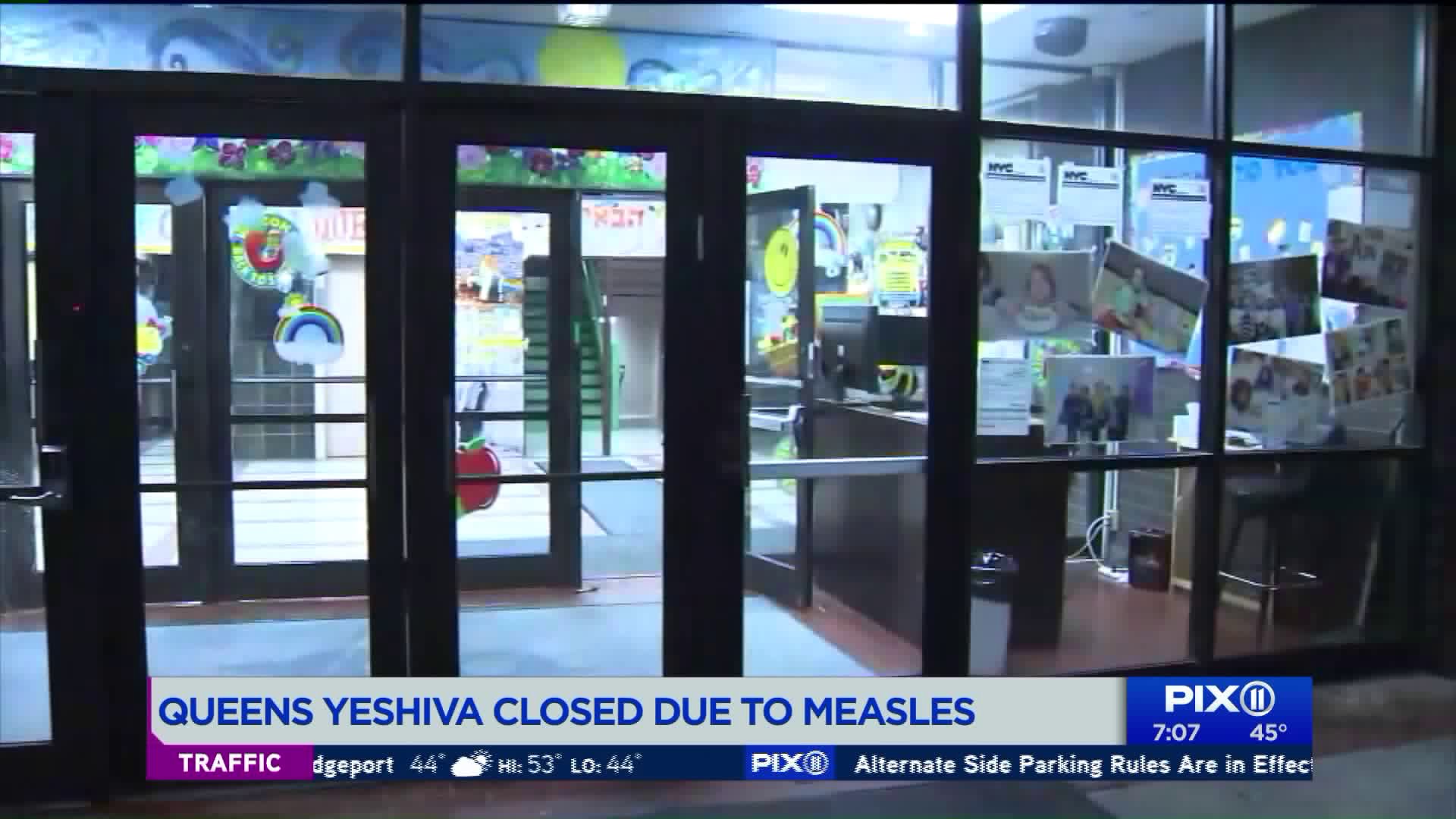 The Health Department announced Monday that it had closed a school in Flushing, Queens, for failing to comply with an Order of the Health Commissioner in response to the current measles outbreak.

FLUSHING, Queens — The Yeshiva of Central Queens school is closed as of Monday for failing to comply the Health Commissioner's emergency order amid New York's measles outbreak, according to the Health Department.

The school, which teaches children ranging from early childhood through junior high level, did not abide by the order, issued to the school on May 9, to exclude unvaccinated students for 21 days following a known exposure at the school, the Health Department said Monday.

The Health Department had previously closed eight schools, not including Yeshiva in Queens, for failing to comply with the order. All eight of those schools have been authorized to reopen under Health Department monitoring, after they submitted corrective action plans approved by the department.