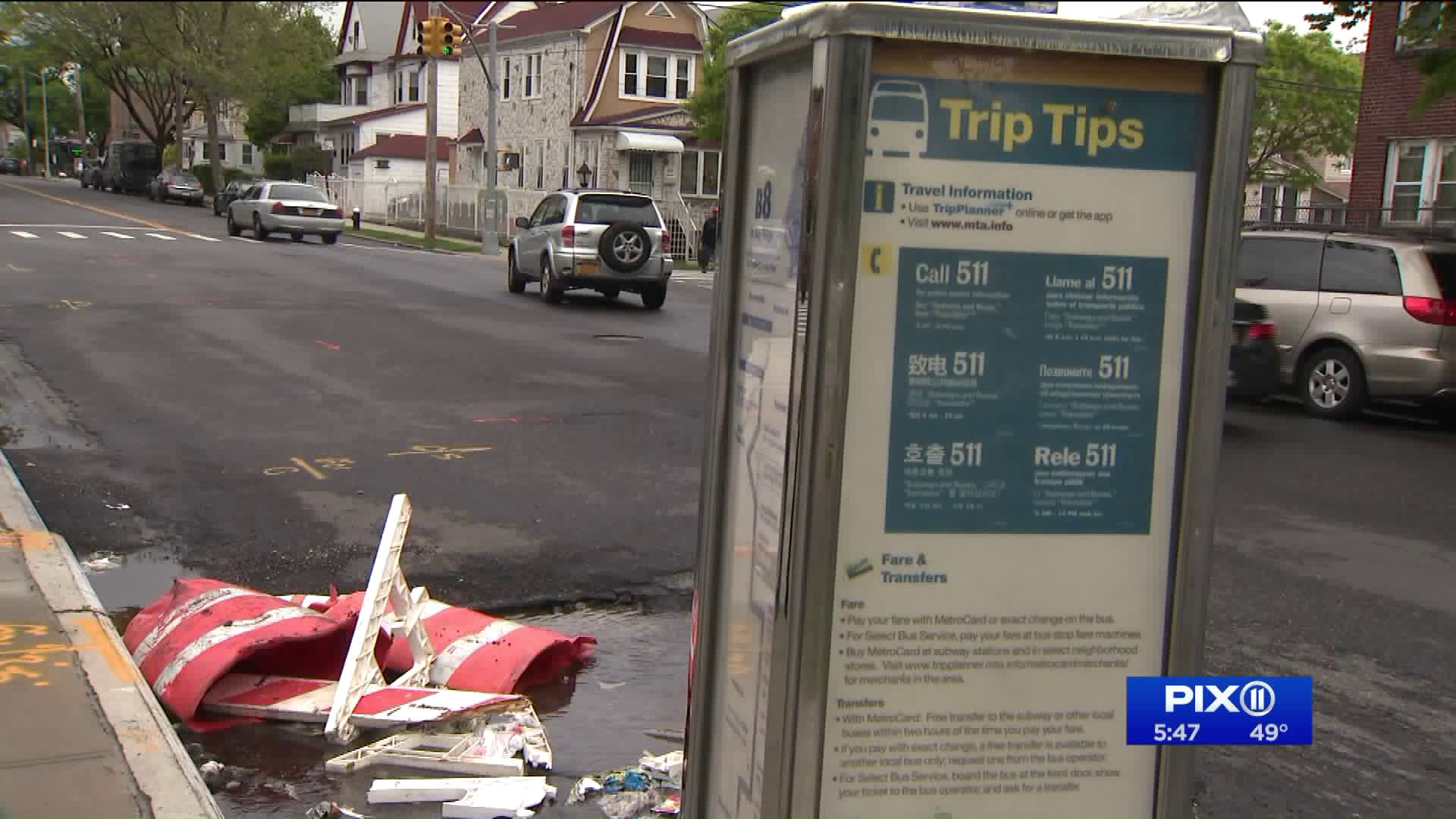 The local Assemblyman has tried to get answers from ConEdision, Verizon, the Transportation Department and the MTA. He says no one wants to take responsibility for the problems.

EAST FLATBUSH — Residents in one Brooklyn neighborhood are upset that nothing has been done about the condition of the roads at Avenue D and East 35th Street.

Assemblyman Nick Perry says homeowners living near the intersection have been complaining for years and the streets -- located near a bus stop -- need to be fixed. There's a huge leak and badly damaged pavement on the site.

"The bus can't even stop here, it has to go around," Perry said. "I have reached out to the city and several agencies. We can't get a straight answer."

Perry claims the conditions have been a problem since 2015 and don't just include the pavement. "My constituents have spent thousands of dollars to repair the water main issues and plumbing and it keeps occurring."

Joseph Hewitt, a local resident, has had enough. "I have personally spent over $10,000," he said.

A spokesperson for the New York City Department of Environmental Protection says that the leak is due to a stray voltage. It is in a private water pipe belonging to the property owner and that Verizon will be making repairs.

A spokesperson for Verizon said "We made contact with impacted residents to get repairs completed."