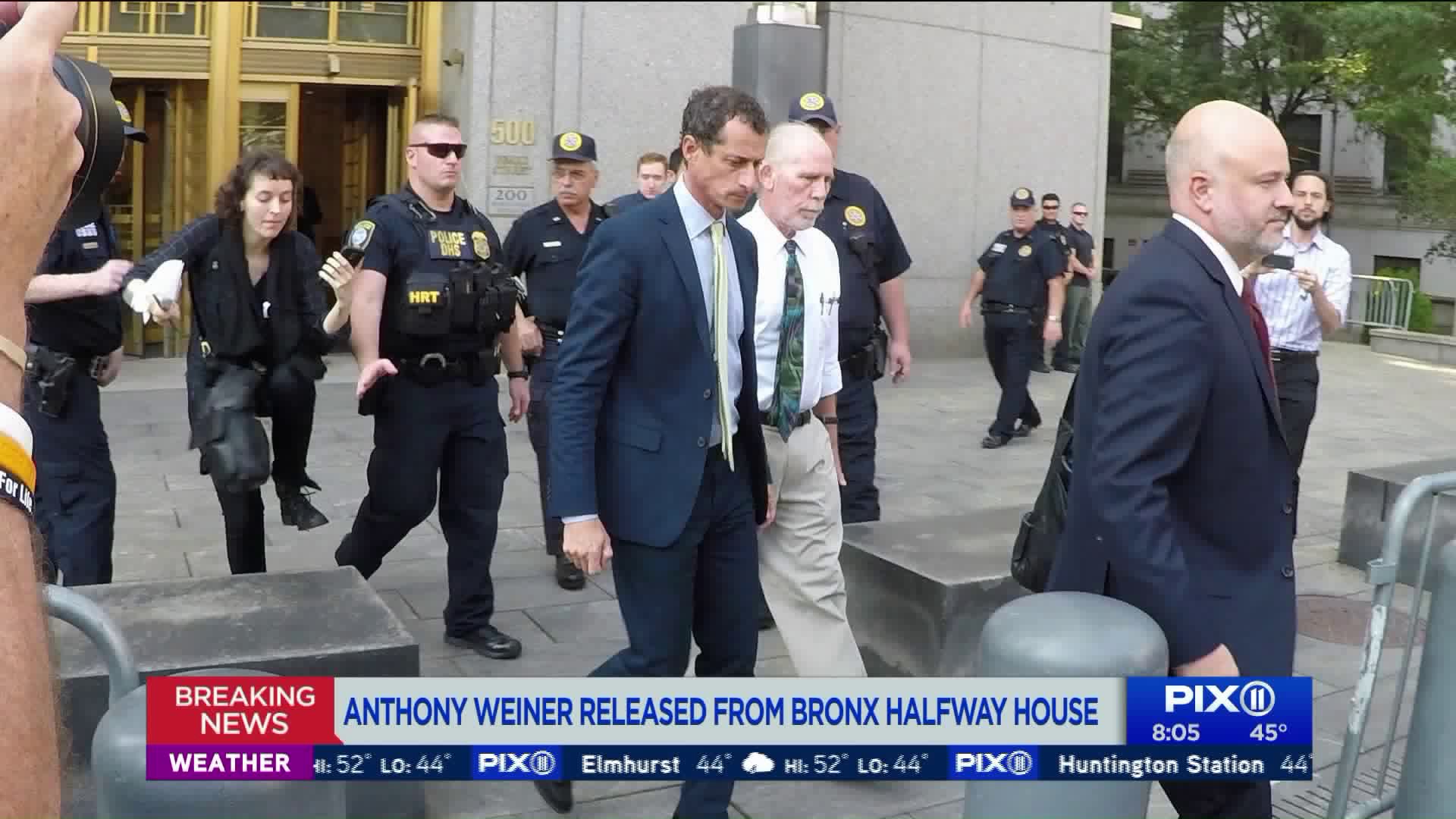 Anthony Weiner was released Tuesday from federal custody after serving 18 months of a 21-month sentence for sexting with a minor. "It`s good to be out," tne former Democratic congressman from New York told CNN after his release from Bureau of Prisons custody Tuesday morning. "I hope to be able to live a life of integrity and service. I`m glad this chapter of my life is behind me."

NEW YORK — Former Rep. Anthony Weiner has left a halfway house in the Bronx after completing his prison sentence for illicit online contact with a 15-year-old girl.

According to the  New York Post , Weiner said while leaving the Bronx facility on Tuesday that it's "good to be out" and he hopes to "live a life of integrity and service."

The once-rising star in the Democratic Party was in Congress for nearly 12 years.

He'd been living in the halfway house since February after serving prison time in Massachusetts.

He's been ordered to register as a sex offender.

Prosecutors said he had a series of sexually explicit Skype and Snapchat exchanges with a North Carolina high school student and encouraged the teen to strip naked and touch herself sexually.