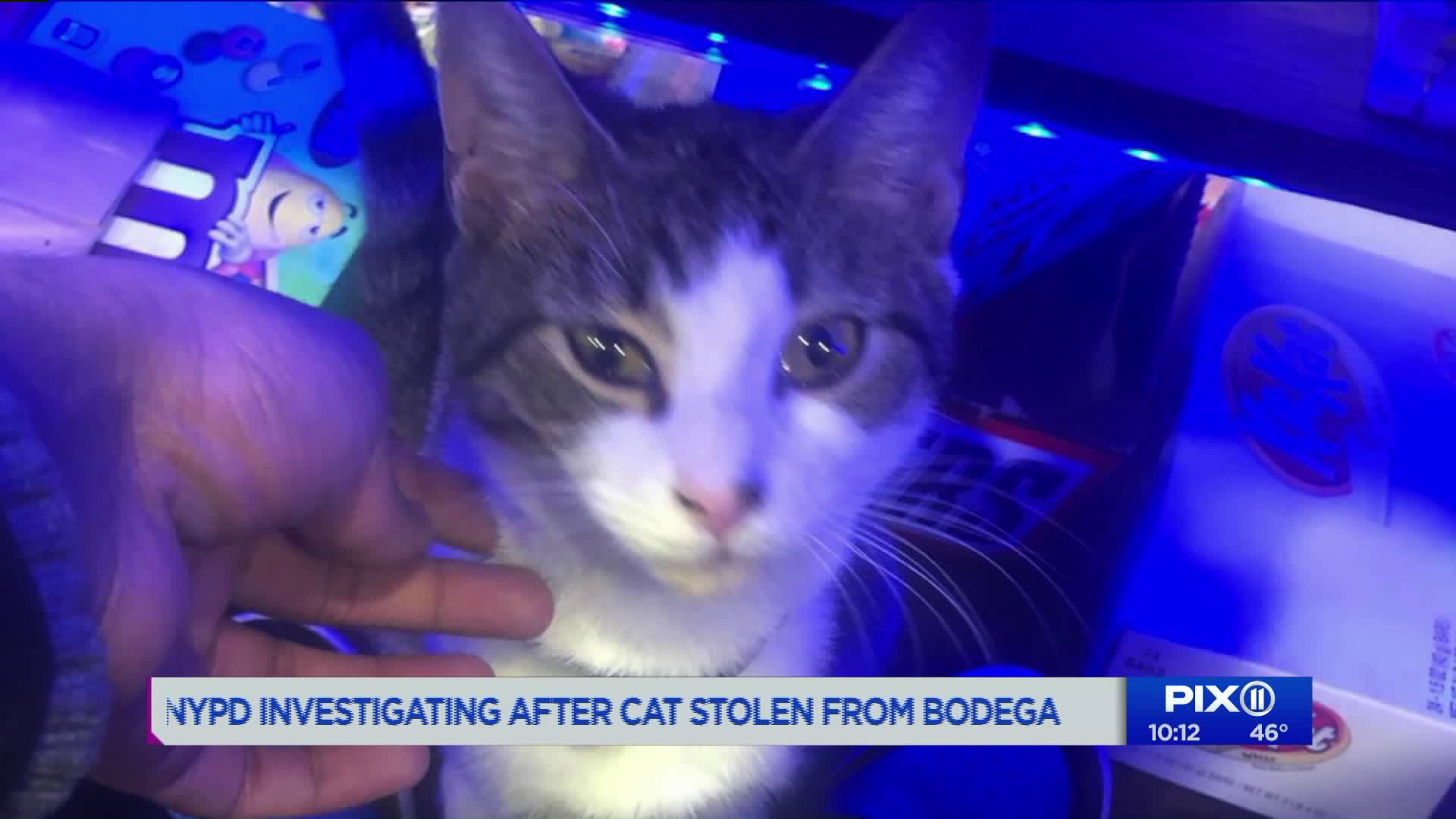 Surveillance footage shows what appears to be the theft and the person who took the cat, but it is not known if it was intentionally, or by accident.

KIPS BAY, Manhattan -- Police are investigating after a bodega cat was stolen from outside a store in Kips Bay Friday morning.

“The bodega cat is important part of the community," said Enisi Domi, one of the customers upset by her abduction.

Lexi, who is a fixture in her Kips Bay, Manhattan neighborhood, was taken taken from the bodega at 71 Lexington Avenue.

“She just happened to walk outside, and it wasn’t even two minutes – and she was gone,” said store manager Ted Oehmke.

Surveillance footage shows what appears to be the theft and the person who took the cat, but it is not known if it was intentionally, or by accident.

“I think he’s not a good character," Oehmke said. "The kind of character of somebody who does that. There’s thousands of cats available that you can adopt or do other things with – and you know it’s somebody else’s cat, right? He looked in here, and the camera sees him looking – he knows what he’s doing."

Either way, one customer says it doesn’t matter, because what happened to Lexi just isn’t right.

“Whoever did this is not a real person,” Enisi Domi said.

Bodegas are corner stores, or delis for those who are not familiar. Their cats – beloved by their owners and customers alike, come and go as they please. Lexi included.