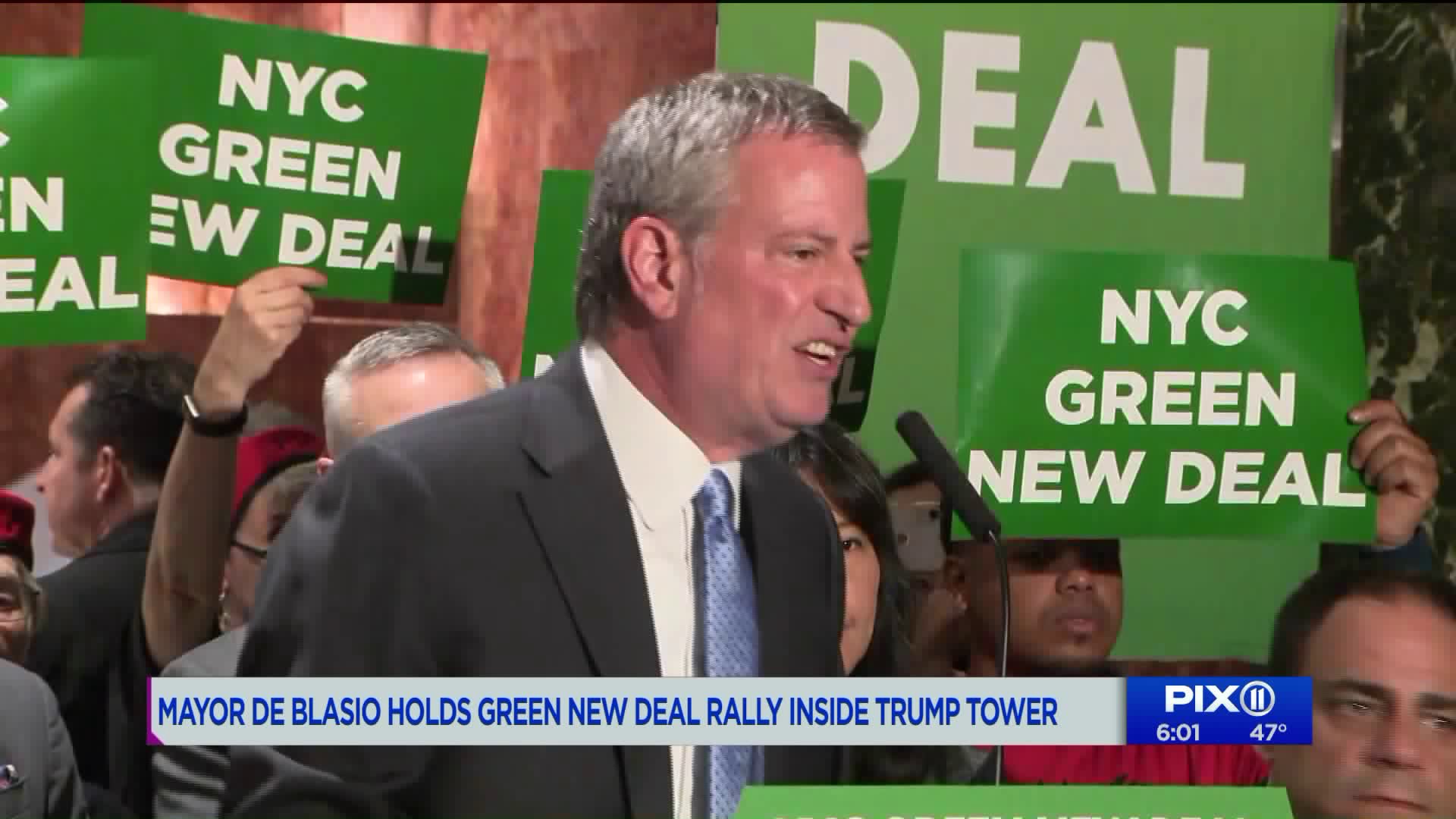 A Monday rally at Trump Tower was supposed to be a big political statement by Mayor Bill de Blasio, who is considering a presidential run, to put President Trump on notice over the city`s `Green New Deal,` but it backfired on the mayor when Trump supporters heckled him at the press conference.

According to de Blasio, Trump owns at least eight large buildings that do not meet 2030 emissions levels under the law.

The buildings pump about 27,000 metric tons of greenhouse gases into our air, which is equivalent to about 5,800 cars.

If Trump’s buildings will not be cleaned up, he’ll owe about $2.1 million in fines every year starting in 2030.

“We’re tackling climate change head-on with NYC’s Green New Deal and are the first city in the world to require all big buildings to cut their emissions, with the goal of a carbon neutral city by 2050. President Trump – you’re on notice. Your polluting buildings are part of the problem. Cut your emissions or pay the price,” de Blasio said.

The law is expected to take effect on May 17.

The New Green Deal is expected to create new jobs and build a healthier city for all New Yorkers, hoping to make the city carbon-neutral by 2050.

The following Trump properties do not comply with new emission standards in New York City: