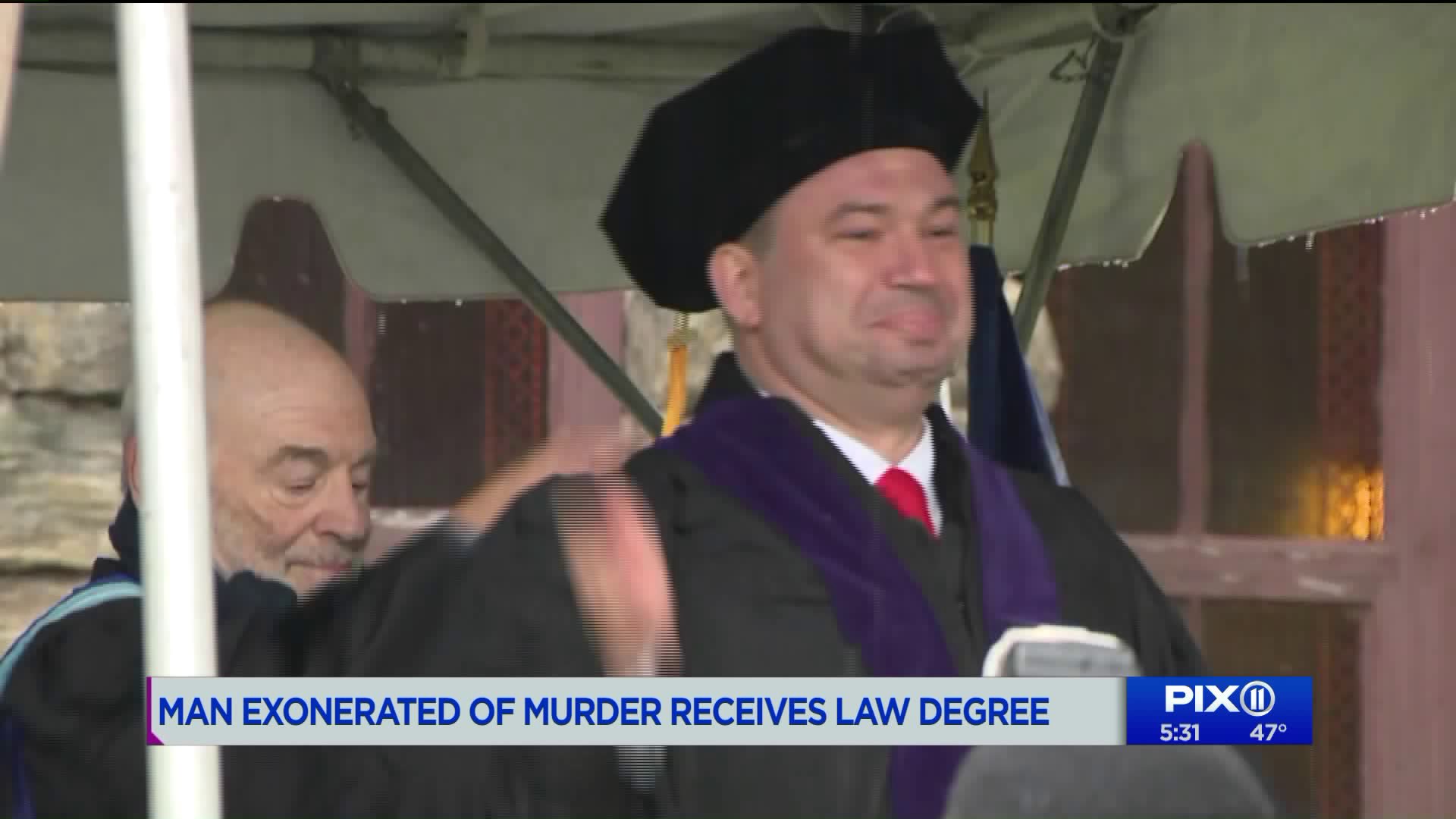 Jeffrey Deskovic spent nearly two decades behind bars for a rape and murder he didn`t commit. The exonerated man wants to use his time to free others who have been wrongfully imprisoned.

WHITE PLAINS, NY — Jeffrey Deskovic walked in to the the Pace University Law School graduation Monday with a blue, gold and black academic hood draped over his arm.  The hood, a five foot-long satin and felt cloth strip sewn into a loop, is worn by graduates of law school.  In Deskovic's case, getting to the point where he could wear his academic hood was a long, long journey.

In 1990, Deskovic was a high school student who was convicted of raping and killing one of his classmates, Angela Correa.  Deskovic, now 46, did not commit the crime.  Still, he served 16 years in prison, and was only freed when the Innocence Project proved that the DNA of another man, Steve Cunningham, was on Correa's body.

Cunningham had gone on to kill someone else while Deskovic wrongfully served time for the Correa murder and rape.

Lawyers helped Deskovic get his life back, and that change inspired him to become an attorney himself.

At the end of a rainy, cold ceremony, Deskovic was able to put his academic hood over his shoulders -- he was a bona fide law school graduate.

Seconds after receiving his diploma, the Peekskill native who now lives in the Bronx encountered an old friend who's played a key role in his adult life.

"She presented my case three times," he said about Maggie Taylor, a clerk at the Innocence Project, who'd championed his case with staff attorneys.  "If it wasn't for her persistence, I wouldn't have been exonerated.  I wouldn't be here right now."

Now that he has a law degree, Deskovic said that he's got a singular goal.

"My sole purpose with the degree is to free other people who are wrongfully imprisoned," he said.

To do so, he pointed out that he's still not finished hitting the books.

"I now have to start studying 10 to 12 hours a day in order to pass the bar exam.  A lot of people fail," he said. "I have no intentions of taking it a second time."