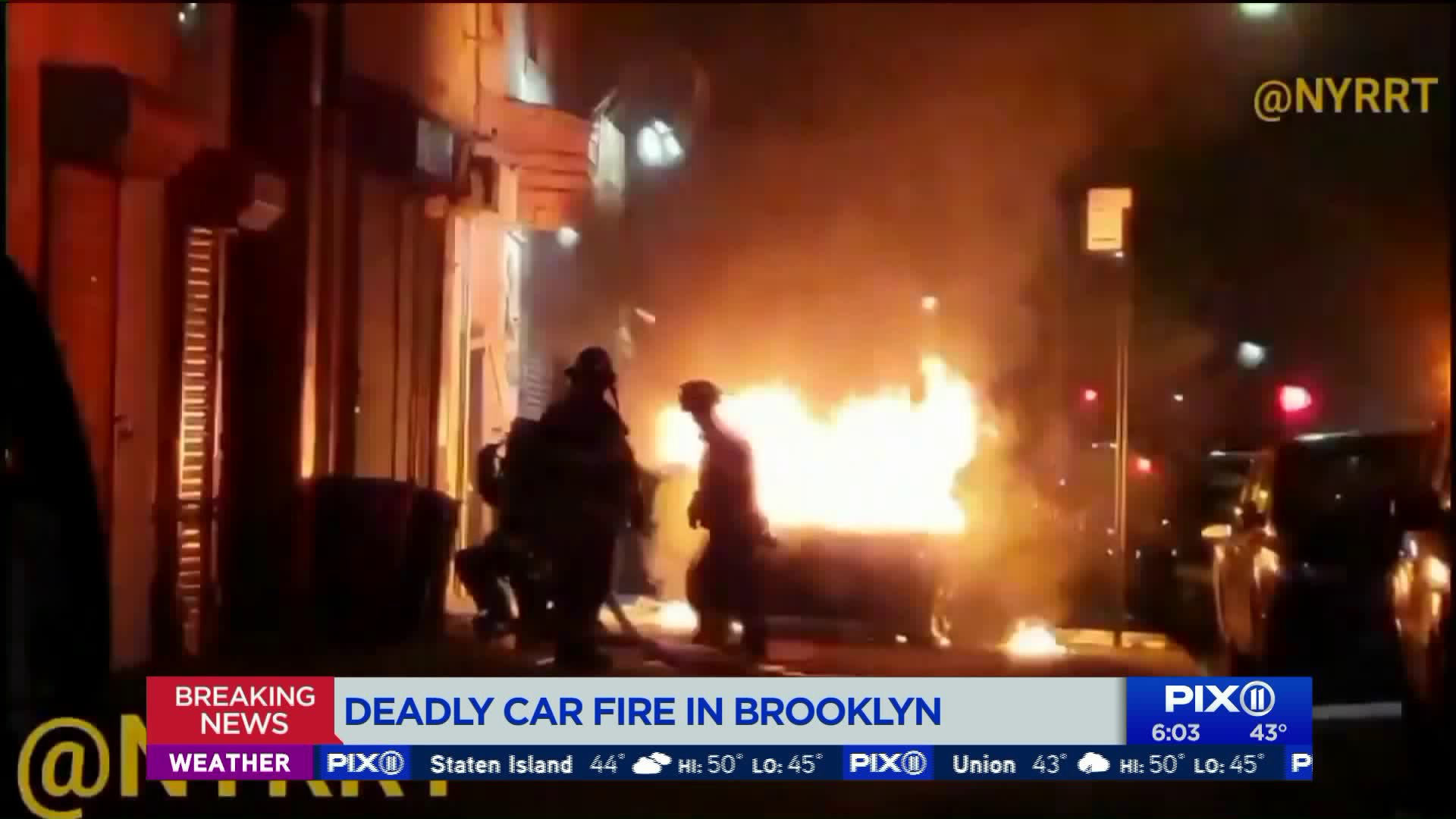 Police are investigating after a man was found dead after a vehicle was seen engulfed in flames on a Brooklyn sidewalk.

BOROUGH PARK, Brooklyn — A man was found dead inside a burning vehicle in Brooklyn early Monday.

Authorities received a call for a car fire in the vicinity of 39th Street and 12th Avenue in Borough Park around 2:44 a.m., police said.

When they arrived, firefighters found a vehicle engulfed in flames.

Emergency responders extinguished the fire out of the late model Honda sedan and found a man dead in the driver’s seat, police said.

His identity was not immediately released.

The circumstances of the fire are unclear, police said.

Twitter video shows the fire completely engulfed in flames on the sidewalk, near buildings.