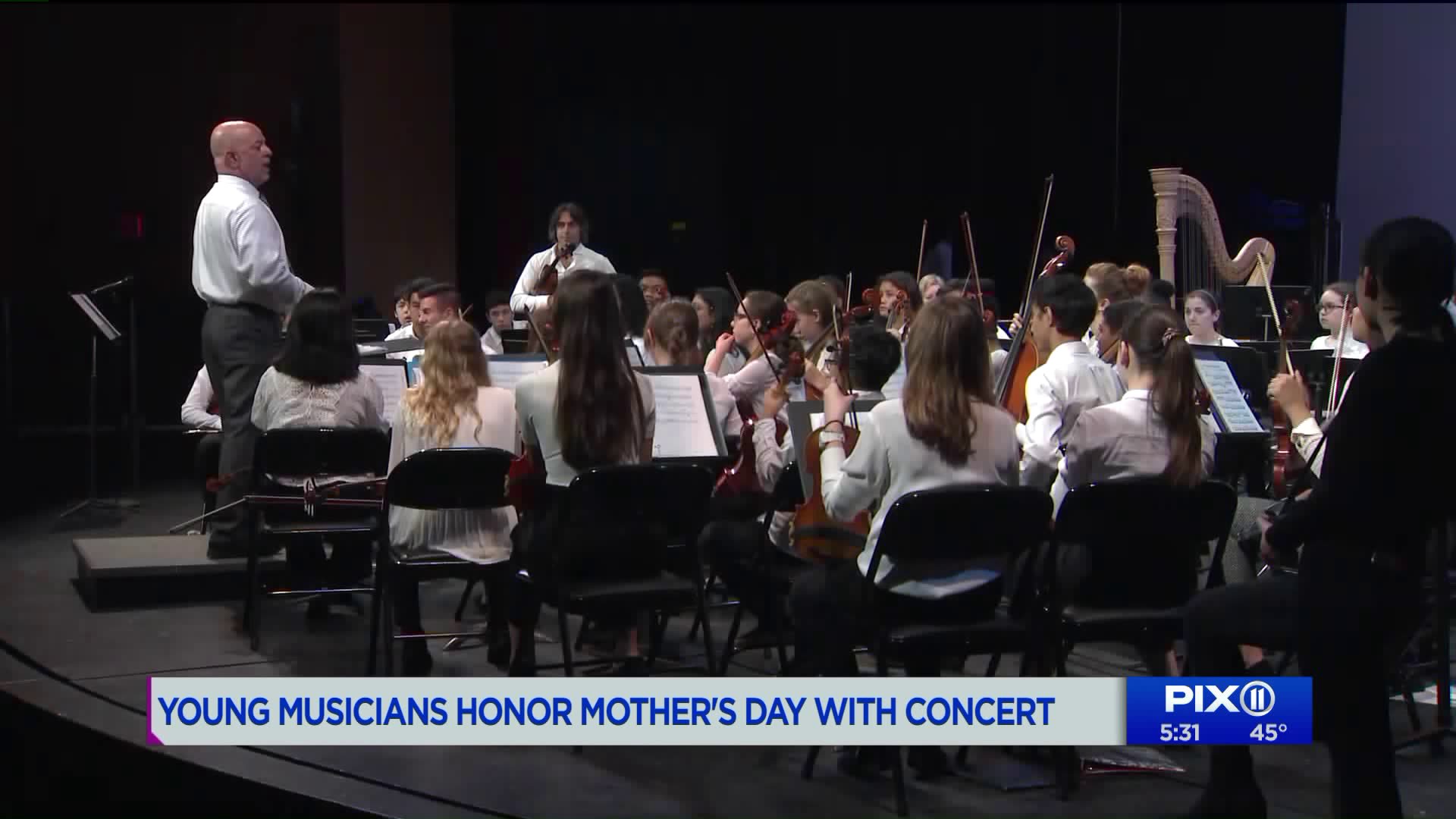 Musicians from theInterSchool Orchestras of New York played a special Mother`s Day concert for all the proud mothers in the audience and beyond on Sunday. For these young musicians, who are mostly in middle school or high school, it`s a chance to make beautiful music on a very high level.

LOWER MANHATTAN — Musicians from the InterSchool Orchestras of New York played a special Mother’s Day concert for all the proud mothers in the audience and beyond on Sunday.

For these young musicians,  who are mostly in middle school or high school, it’s a chance to make beautiful music on a very high level.

“They learn how to be confident in themselves and believe in themselves,” Barry Stern, concert orchestra conductor, told PIX11 News.

"It’s an opportunity to be creative, use their imagination, which is not terribly encouraged today.”

This spring concert features all four levels and ages of ISO ensembles.

And to the young musicians who are on the stage, it’s a way to say thank to their mothers on Mother’s Day for taking them to music lessons for so many years and always encouraging them to practice.

Arielle Remy, a 6th grader from Canarsie’s Leadership Prep Middle Academy, is one of them.

“I feel wonderful, I am proud of this orchestra and my child,” Rose Remy, Arielle’s mother, told PIX11 News.

The conductor was an ISO member from 1985 to 87 as was Magee Hickey. Hickey played first flute in the year the orchestra was founded in 1972.

And while many of these students won’t become professional musicians, they love playing in ISO all the same.

“I like learning from other people,” Isabelle Gendron, a violist told PIX11 News.

It's not the only thing to love.

“I like the community and getting a big sound,” Adriano Piscopo, a violinist told PIX11 News.

And if you have a child who might be interested in joining an ISO orchestra, there are auditions now for the fall and the youngest musicians ages are just six years old.

For more information, go to isorch.org.