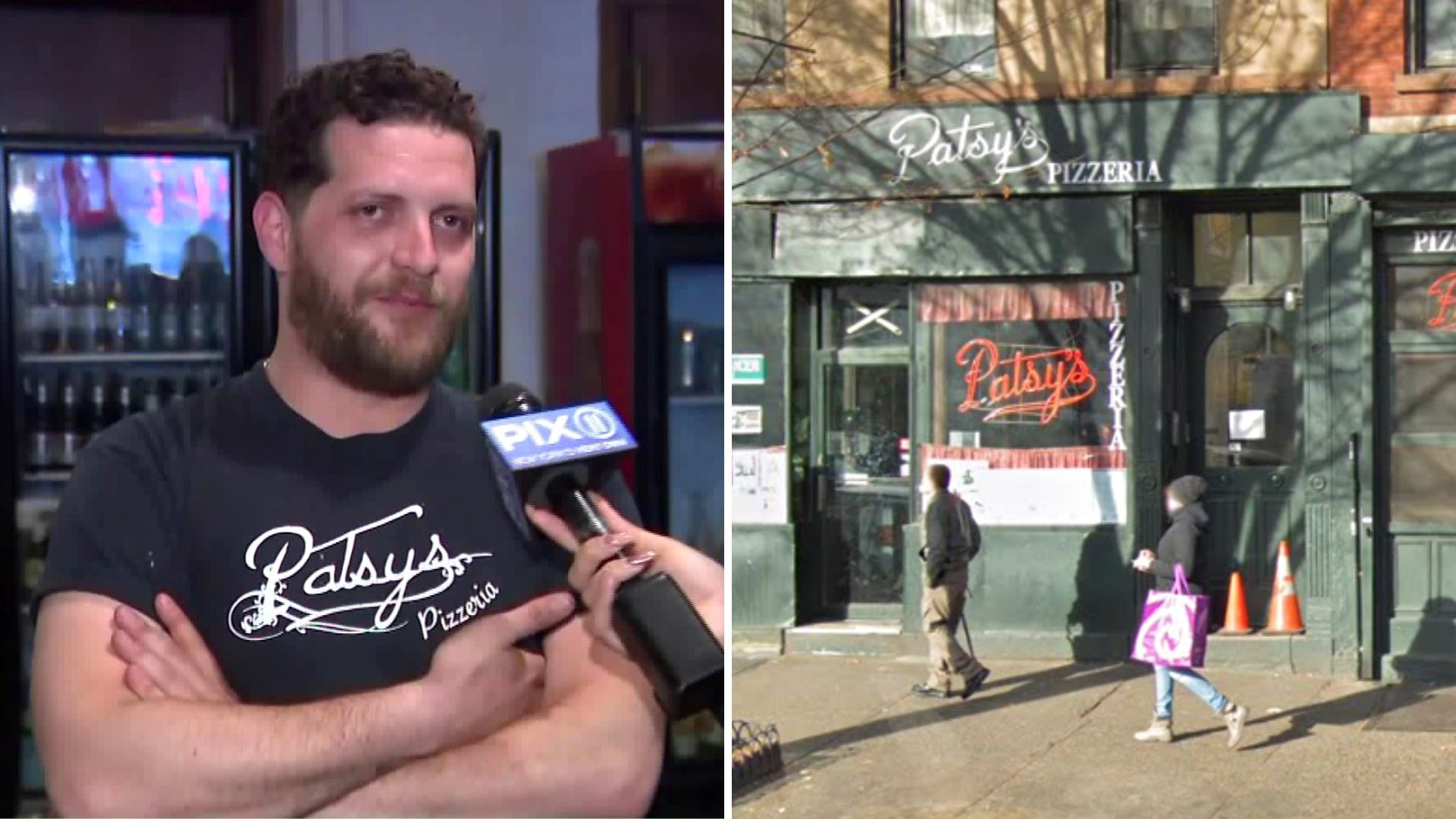 A waiter from Patsy`s Pizzeria in East Harlem speaks to PIX11 after making headlines for returning a lost check for nearly $424,000 to a customer who accidentally left it at the restaurant after dining there this week.

EAST HARLEM — Armando Markaj, a waiter at Patsy's Pizzeria in East Harlem for nine years, returned a cashier’s check worth nearly $424,000 to the retired social worker who lost it even though she failed to tip him after her meal.

While Markaj was working last Saturday, May 4, the woman, who was eating lunch at the restaurant, had an issue with the restaurant's famed photo wall, he told PIX11 News.

"She goes, 'Question. Why is there not too many women on the wall?'" Markaj recalled.

Not sure how to react, Markaj said he jokingly replied to the woman, "Well, maybe women don't eat pizza. Summer is coming."

The customer apparently didn't find Markaj's response amusing. When he returned to clean off the table he discovered she had stiffed him on the tip, writing "well women don't tip, either," on the bill.

Markaj also found a bank envelope left behind on the table. The waiter ran outside but the customer was gone. He opened the envelope and got a shock, seeing the cashier’s check worth nearly half a million dollars.

The waiter said he brought the check to the restaurant's owner. At first they waited for the woman to return looking for the check, but when she didn't, they managed to track her down a few days later.

A “relieved” Karen Vinacour was reunited with her check on Wednesday. It contained proceeds from her apartment sale, earmarked for a down payment on a new home.

"She got here within 10, 15 minutes. She was here actually crying, she was like, nervous," the owner told PIX11.

Vinacour had not tipped the waiter after her meal. She tried to rectify that but he graciously declined.

"She apologized. The apology was accepted," said Markaj, who's working his way throughs school. "She offered to tip me, but it was... You know what, I did it for the sake of myself, so I'm not taking the tip now," he added.

PIX11's Alicia Nieves spoke to the woman who lost the check and she said last Saturday was a stressful day for her. She said she regrets not tipping the waiter, but is very grateful that he did the right thing.

The woman added that, in a twist of fate, she thinks she'll now be friends with the waiter for life.