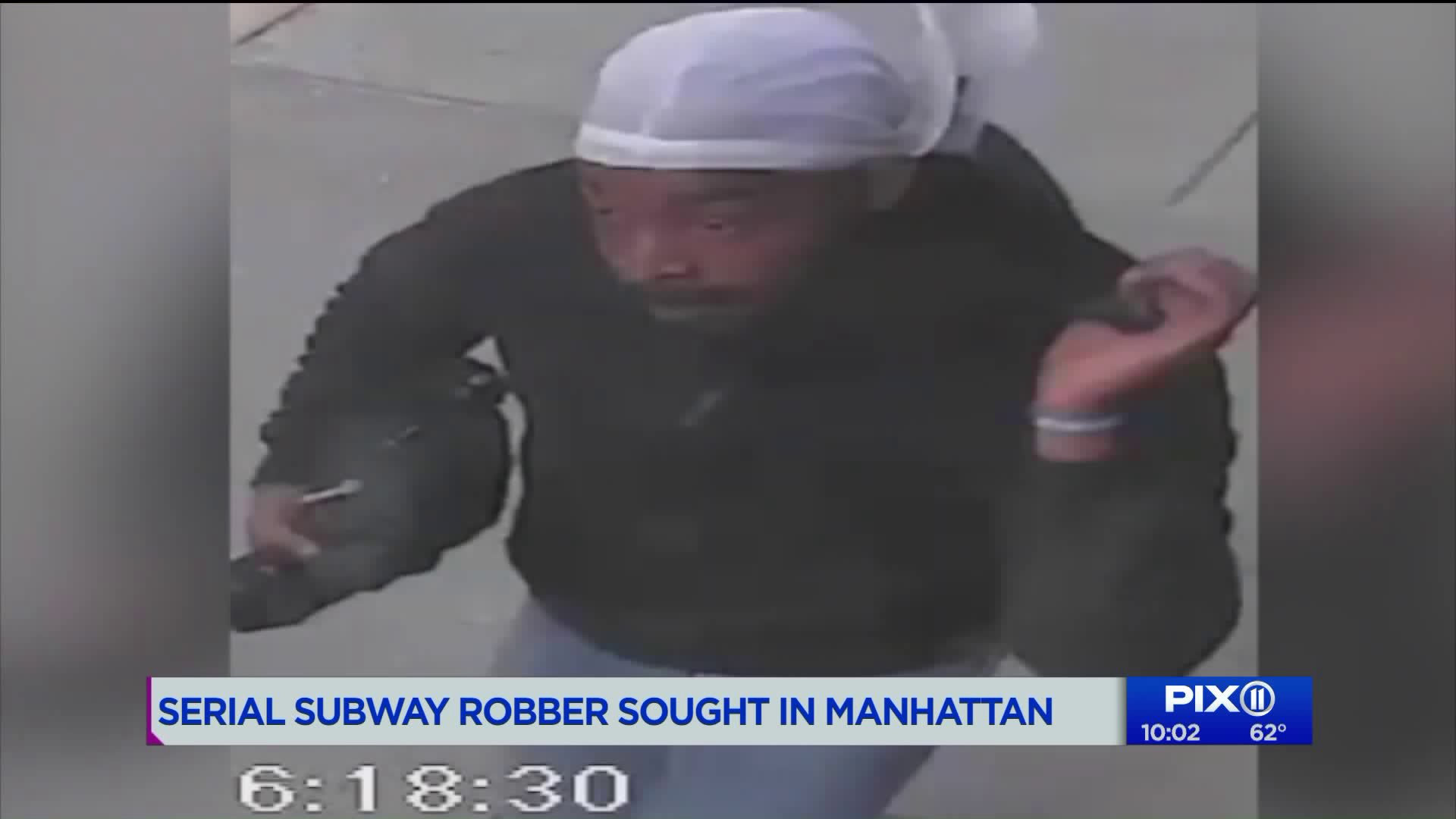 Police are lookin for a man they said is connected to multiple subway robberies in the past few weeks, including one violent attack that sent a 73-year-old woman to the hospital after he punched her and stole her bag.

NEW YORK — Police are looking for an unidentified man in connection with a string of subway robberies that turned violent, authorities said.

The most recent and brutal incident occurred on Thursday, May 2, around 4:15 p.m. when the man followed a 73-year-old woman into the 96th Street subway station along the A/B/C/D lines, police said.

Once inside the station, the man pushed the woman's head into a wall from behind, punched her in the face, and stole her bag, according to authorities. He fled the scene on foot and while the victim's bag was recovered, the man had stolen $60 in cash from it, police said.

Authorities said the victim was transported to Lenox Hill Hospital where she was treated for a cut to her lip.

Police believe the same man is connected to a subway robbery just days earlier. On Monday, April 29, around 2:05 p.m., a 20-year-old woman was sleeping as she rode a southbound F train, police said.

As the train stopped at the 57th Street subway station, the victim woke up to a man stealing her bag from her lap, who then ran off the train and out of the station, according to authorities.

The victim's bag was recovered on the street outside the station, near West 57th Street and 6th Avenue, with $40 missing, police said.

The NYPD has released the below surveillance footage and photo of the man they're looking for.