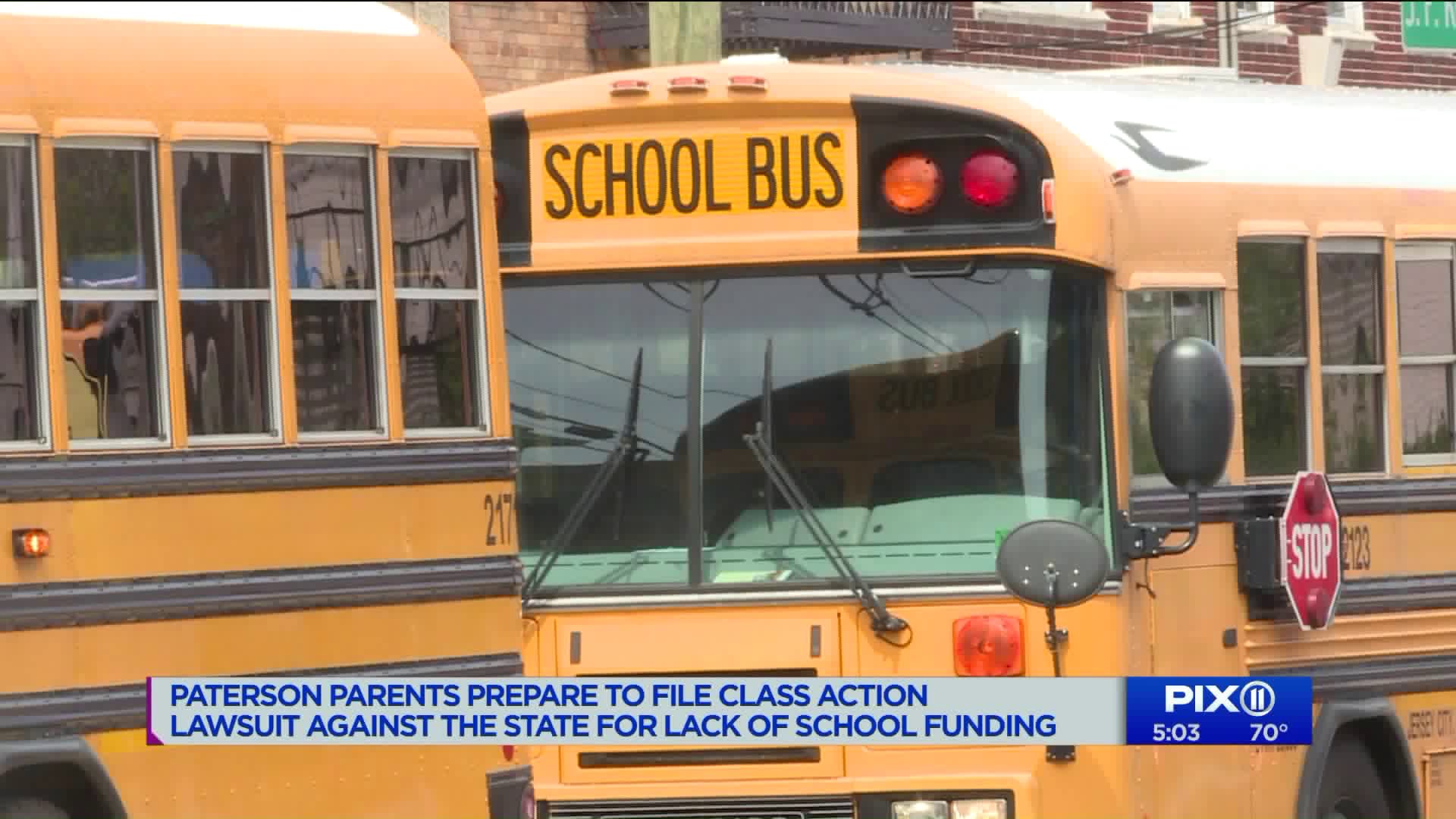 As Paterson Public Schools prepare to lay off over 230 teachers and staff to fill the district`s budget gap, Paterson parents are preparing to file a class action lawsuit against the state. Earlier this week, the district also passed a 14% tax hike in an effort to rectify an estimated $28 million funding hole.

PATERSON, N.J. — As Paterson Public Schools prepare to lay off over 230 teachers and staff members to fill the district's budget gap, Paterson parents are preparing to file a class action lawsuit against the state.

Earlier this week, the district also passed a 14% tax hike in an effort to rectify an estimated $28 million funding hole.

"I want my grandchildren, along with other children, to have a thorough and efficient education," said Linda Reid, who has seven grandchildren in Paterson Public Schools. Reid is one of the parents planning to lead the charge. "My granddaughter, in one of her classes, there were not enough chairs so they were sitting on the window sills. How do you teach like that?"

State funding to Paterson did increase this school year, but it's not enough to fill the hole the district is in.

"Although we're the recipients of additional funds, of the $13 million that was coming into Paterson, nine [million] of it went to charter schools," explained Paterson Education Association President John McEntee.

The PEA is also pushing Paterson's school board to join Jersey City’s lawsuit. Jersey City schools are already suing the state for a lack of funding to their district.

Paterson's union said they will support a lawsuit brought by local parents.

"It sends a strong message to the state," said McEntee. "This is not acceptable. We are going to fight."

"This is gonna effect my child tremendously," said Hannah Tennin, a mom who plans to join the lawsuit brought by parents. "Now, with this new budget, the class sizes are gonna go up. My child, who has autism and sensory issues – now, instead of 15 children per class, it’s going to be about 30, 35. Imagine how overwhelming that is for children."

"If this is the only way that we’re going to be heard, then this needs to happen," Tennin said.

District Superintendent Eileen Shafer stated today: “We’re grateful to Governor Murphy for what he has done for Paterson Public Schools, beginning in last year. I – along with school board members, teachers and parents – have appealed directly to the Budget Committees of the State Senate and the State Assembly. I’m hopeful that our state elected officials will do right by Paterson Public Schools, our children, our staff and the Paterson community.”

The New Jersey Department of Education and the Attorney General's office had no comment.