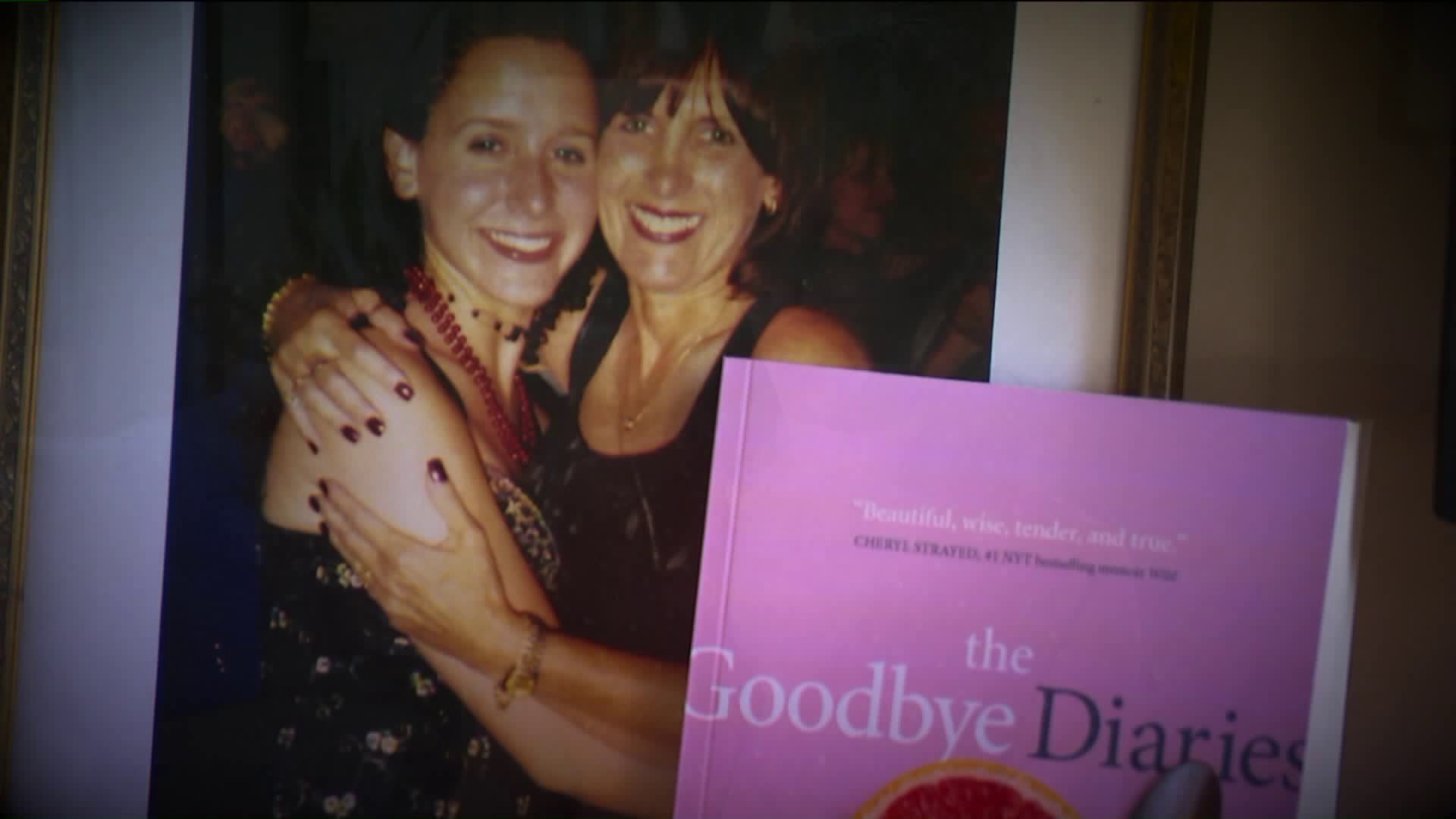 When Marisa Bardach Ramel was just 17, her mother Sally was diagnosed with cancer and given just months to live. After making it past the two months, Sally suggested they write a book together, each telling their perspective on the fatal disease and their journey through the battle. The book, `The Goodbye Diaries: A Mother-Daughter Memoir` was released this week, nearly 17 years after Sally`s death.

BROOKLYN — It's a unique story about how a mother and daughter each dealt with a devastating diagnosis.

The book, "The Goodbye Diaries," was released this week and is a tribute to the author's mother who passed away 17 years ago. She hopes the story inspires other mothers and daughters to connect.

Marisa Bardach Ramel was just 17 years old when her mother Sally delivered the news that she had been diagnosed with cancer and might only have two months to live.

The diagnosis broke a teenage Marisa and she retreated. "I stopped talking to her, I stopped going upstairs to her room to ask how she was. I really just pretended like she was already out my life, as if that would protect me from losing her," she told PIX11.

One month after the cancer diagnosis, Marisa and her mother had a blowout fight.

“She said to me, 'I need to know if you're going to be there for me or not.' I said I don't know if I can be, and it felt awful," Bardach Ramel said.

The two, who had always been so close, now had to work on their relationship, that now seemed strained.

Sally made it past her two-month diagnosis and saw her daughter go to prom, graduate from high school and head to college.

During Marisa's freshmen year at Syracuse University, Sally had an idea. She wanted to write a book with her daughter, each telling their perspective on the fatal disease they were both living through.

“The book really became something that helped us come back together because we thought, we're going through the same thing but in two totally different ways," Bardach Ramel said.

Every time Marisa came home from school, they'd swap chapters. "There were so many surprises reading each other's chapters, and so much insight into what the other person was going through."

Sally lost her battle with cancer when Marisa was 20 years old, and just this week, 17 years later, their book “The Goodbye Diaries" hit store shelves.

Bardach Ramel says she hopes "The Goodbye Diaries" brings mothers and daughters closer. For those who are grieving the loss of a loved one, she hopes her and her mother's personal stories will show others they are not alone.