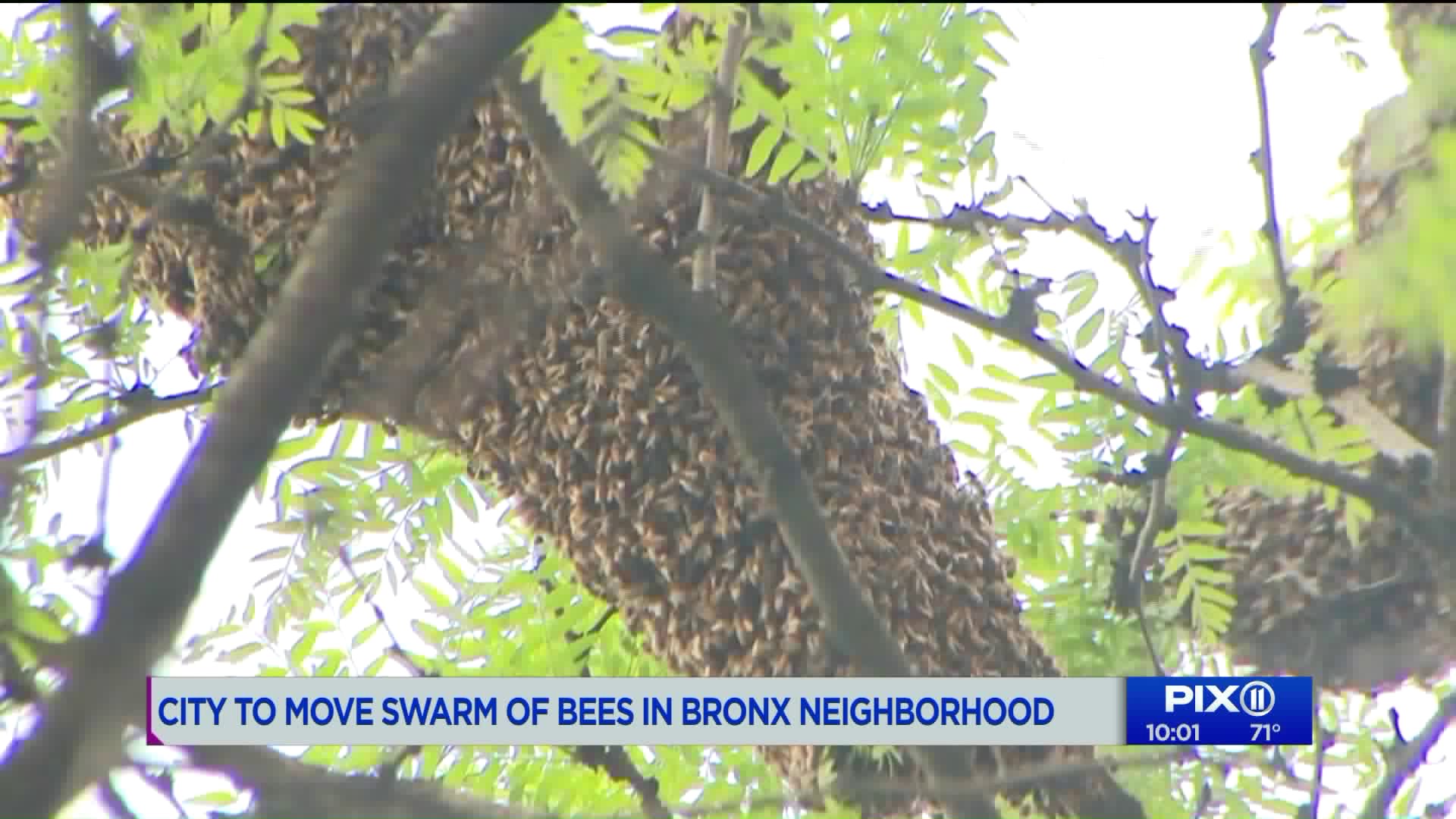 There`s a large swarm of bees buzzing around the Kingsbridge Heights section of the Bronx, and residents are concerned. The city plans to attempt to move the bees away from the neighborhood.

KINGSBRIDGE HEIGHTS, the Bronx — There's a buzz along the Grand Concourse in the Kingsbridge Heights section of the Bronx. A swarm of bees in the neighborhood is drawing a crowd, but also concerns from some locals.

The unusually large swarm have mostly taken up residency in a tall tree north of East 198th Street, but the tree is right next to a residential apartment building, which has some neighbors nervous.

"I'm allergic to bee stings," said one woman from the area. "But I also think that they're good for - we need them."

Trying to explain why the bees chose that neighborhood, one local told PIX11: "Out here at this time they do thrive, because you got [the] Botanical Gardens, and then you have Harris [Park]," he said.

It is spring, and bees do what bees do, but there are better places for them.

Authorities said they plan to safely remove the bees, using a special vacuum, and relocate them to a different area.