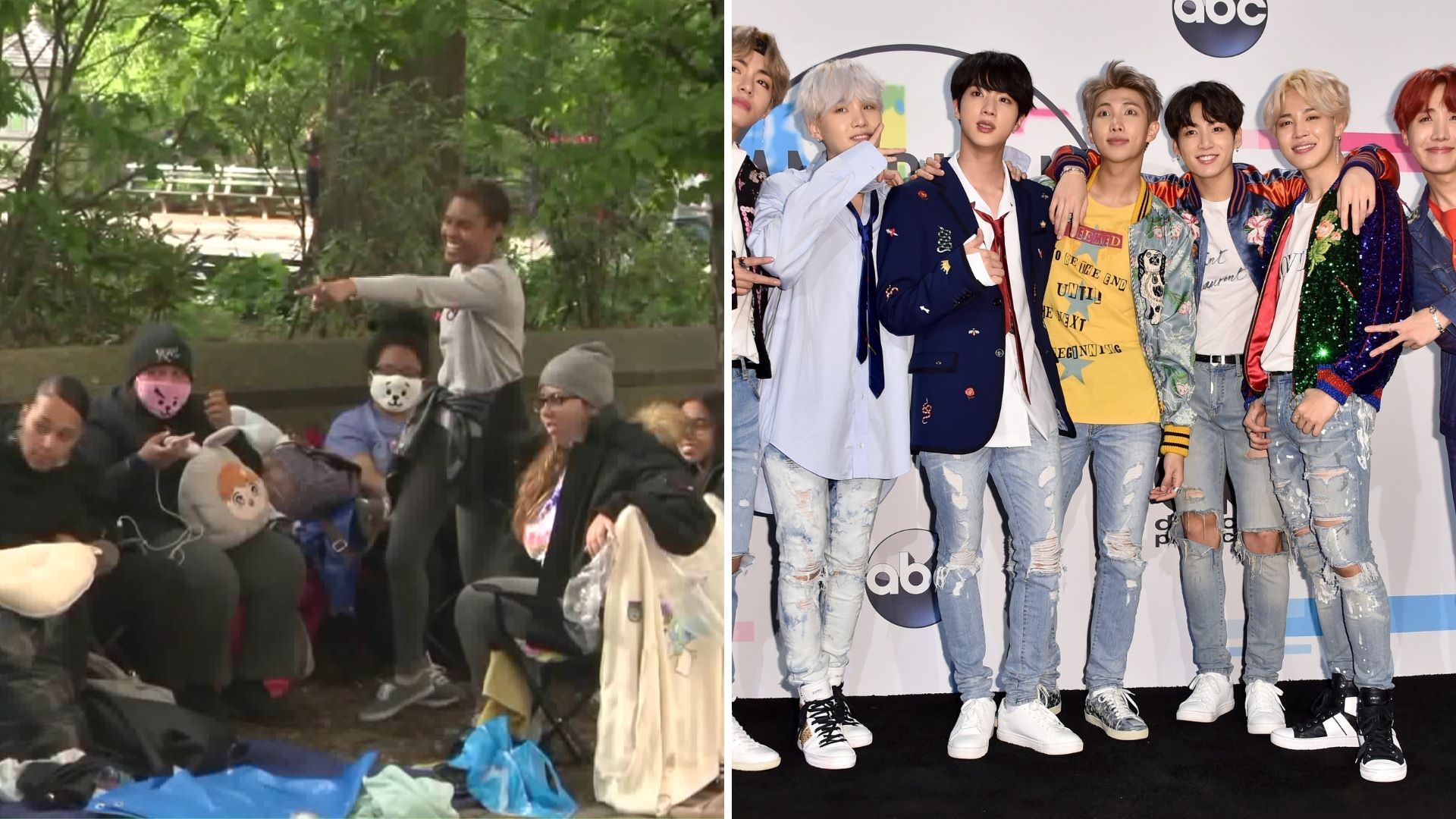 New Yorkers learned the loyalty of BTS fans firsthand in April when the fandom lined up down an entire midtown block ahead of the Korean group`s `SNL` performance. Now, the fans are lined up outside Central Park, days ahead of the band`s `Good Morning America` performance on Wednesday, May 15.

UPPER EAST SIDE — BTS has become one of the most popular music groups in the world, with their loyal fans showing up in droves wherever they go.

In April, the seven-member band from South Korea became the first Korean pop group to every perform on "Saturday Night Live." Ahead of that historic performance, New Yorkers saw firsthand just how committed the group's fandom, known as ARMYs, really are.

Outside the "SNL" studios in midtown, BTS fans camped out for days in the standby ticket line, just for glimpse of the group.

Now, ahead of BTS' anticipated "Good Morning America" concert in Central Park on Wednesday, May 15, the fans are lined up yet again.

"Honestly, there's so much love for BTS. A lot of people, thousands, are going to be here. We want to be the first one to tell them we love them," said dedicated fan Annabelle Smith of Manhattan.

Most of the fans there Friday night, including Jailene Acosta from the Bronx, have already been here with pillows, blankets, and portable phone chargers, for two days.

"This is my first time seeing them so I got to do what I have to do," Acosta told PIX11 News.

Trust us we’re just as excited as you are about the #BTS (방탄소년단) @bts_bighit concert @SummerStage next Wednesday, but...

For your safety, camping in the concrete jungle is not permitted. Please don’t pitch tents ⛺️ in or outside #CentralPark. #NYC #BTSarmy pic.twitter.com/g2feQF1TX0

The early fans initially had camping tents set up to brave the elements, but the NYPD tweeted out a warning directly to them, reminding them that camping is not permitted inside or outside Central Park.

To avoid being kicked out of the area, fans have since taken down their tents and instead pulled out foldable chairs, hoping there is no rule about sitting outside the park until next week's concert.

One thing is for sure, the majority of these fans aren't going anywhere.