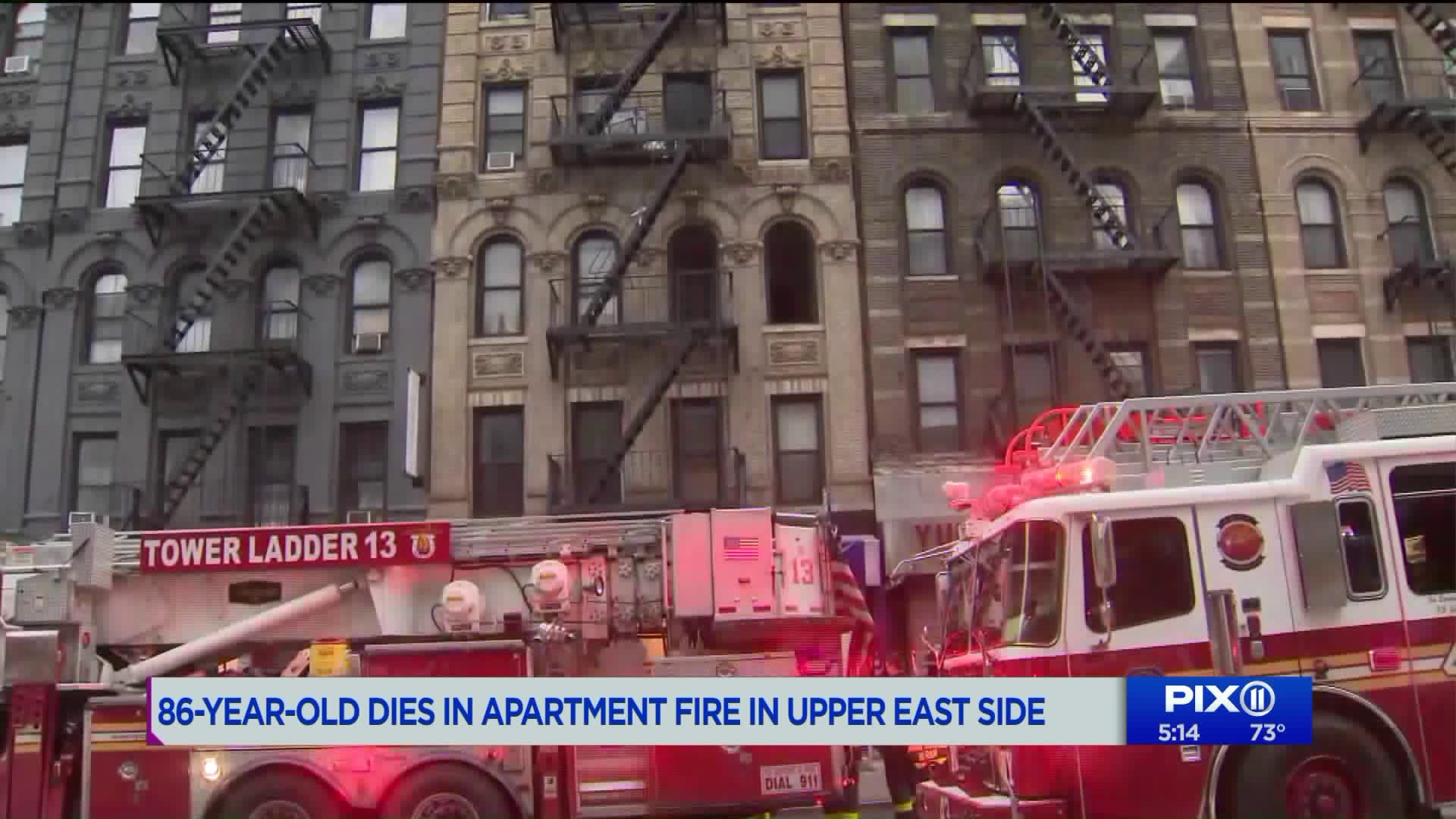 Audrey Bergensten, 86, was found within the bathroom of her apartment unit on the third floor and was pronounced dead at the scene, police said.

UPPER EAST SIDE, Manhattan — A woman is dead after a fire broke out at an Upper East Side building Friday morning, fire officials said.

Firefighters responded to a fire on the third floor of a five-story building along First Avenue between East 91st and East 92nd streets around 5:30 a.m.

Audrey Bergensten, 86, was found within the bathroom of her apartment unit on the third floor and was pronounced dead at the scene, police said.

No other civilian injuries were reported.

The building has businesses on the main floor and apartments on the upper floors, according to Google Maps.

This is the second fatal fire in Manhattan this week.

Six family members were killed after a fire tore through their Harlem apartment building Wednesday. Andrea Pollidore, 45, her four children and her stepson were killed in what fire officials are calling a "terrible accident" after a stove burner appeared to have been left on. The blaze was caused by "unattended cooking," FDNY said.

According to fire officials, no fire alarm was detected, meaning Pollidore and her children had no advance warning of the danger inside their home.